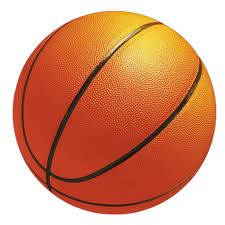 An article in today’s Wall Street Journal didn’t pull any punches. “Georgetown: The Monet of Choke Artists,” blared the headline, and the first paragraph didn’t exactly tone it down: “No school in America is becoming more synonymous with NCAA tournament letdowns than Georgetown.”

True, Georgetown has clocked three straight losses to teams that were seeded higher (meaning they are considered worse) than Georgetown, including Sunday’s upset in which North Carolina State, seeded 11th, squeaked by Georgetown, seeded third, by a score of 66 to 63.

Aside from being a sad moment for Georgetown fans, not to mention the team itself, do the losses have any financial impact on the school? According to Scott Rosner, Wharton practice professor of legal studies and business ethics, and academic director of the Wharton Sports Business Academy, “with a school like Georgetown, it’s not significant financially. The only way you might feel that is if you see decreased gate receipts the following season, if people stop going to the games as often or if fundraising is affected.” Rosner, who was faculty mentor to the University of Pennsylvania’s men’s basketball team from 2003 to 2009, doesn’t expect any of that to happen. “It’s really difficult to see a financial impact [from these recent NCAA losses] for a team that has a strong brand.”

The NCAA conference is paid per game and has a revenue sharing formula in place, “which really dilutes the impact of any one school’s performance on the amount of money received,” notes Rosner, adding that years ago, the system was based on dollars per win that went directly to the schools. But these days the money — much of it from TV contracts — goes “to the conference and is split among the teams.”

Georgetown’s recent record includes last year’s loss to Virginia  Commonwealth (seeded 11th), a loss to Ohio (seeded 14th) in 2010, and a loss in 2008 to Davidson (seeded 10th). In 2009, Georgetown wasn’t picked for the tournament.

Meanwhile, one of the rites of spring for sports fans is the office pool that kicks off just before the NCAA tournament begins and requires participants to make their best guess as to which teams will advance to the Final Four, and which one will go on to win the whole tournament. It’s always a drama-filled roller-coaster ride filled with unexpected winners and losers (witness Georgetown’s experience) and enough plot twists to create an entire soap opera.

As an article this month on Forbes.com noted, “In the espn.com pool, only two out of the 5.9 million entrants correctly picked the Final Four, one being an IT worker from New Jersey who admittedly knew nothing about college basketball and took just 10 minutes to fill out his selections.” The article goes on: “That’s why when the jocks in the office who watch hundreds of basketball games a year organize the office pools, they are always baffled when the secretary from accounting takes home the prize.” The article’s advice: “Want To Win Your NCAA Office Pool? Pick A Longshot To Make A Run.”

As for Rosner’s pick to win the NCAA championship this year, it’s Kentucky, seeded number one in its bracket. “But there is almost a truism here that the more you think about the business of sports, the worse you wind up doing in the basketball pool,” he says. “I’m not embarrassing myself as badly as I have in previous years, but I’m certainly not setting the world on fire by any metric. I have Kentucky winning, but half the free world does, too.”