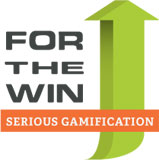 Gamification has taken off as a phenomenon in U.S. business and social policy circles, but now it seems to have infiltrated the world of terrorism as well. One of the more unexpected uses of gamification — or the application of online game design techniques in non-game settings — to arise in discussions at Wharton’s recent “For the Win” conference is by Al Qaeda and Islamic extremist groups in their engagement with new members. Conference panelist Alix Levine, director of research at security consulting firm Cronus Global, analyzes Al Qaeda and Islamic extremist propaganda for a living. “I had never heard of gamification until February, but I’ve seen game mechanics in [Muslim extremist] propaganda, videos, lectures and websites,” she said.

For example, Levine noted that Inspire, the colorful English-language online magazine reportedly published by Al Qaeda in the Arabian Peninsula, featured in its summer 2010 issue an article entitled, “How to Make a Bomb in the Kitchen of Your Mom,” which detailed how to make a pipe bomb out of commonplace ingredients. Authors of the article laced game-like devices throughout the story, asking readers playful questions, such as, “How many ingredients can you find in your kitchen?” Several extremists arrested by Western authorities have been found in possession of this article, according to Levine.

Al Qaeda uses online game techniques, in particular, to draw new recruits into deeper engagement. By playing on recruits’ competitiveness and desire to build status and recognition within the extremist community, Al Qaeda websites allow “you to earn points for the quantity and quality of your posts,” Levine noted. “When you post and when people thank you for your post, you level up,” eventually earning promotions from peasant to VIP, for example. Users can then earn rewards for their status and accrued points, such as changing the color of their user names or gaining permission to use an avatar.

The ultimate reward is admission to a password-protected Al Qaeda website, where more serious terrorist actions are discussed and there is greater potential to turn a committed online jihadist into a real-world weapon of terror. To attain entry, users must prove they are committed to the movement by attaining high status within the starter website and obtaining the recommendation of a respected member of the community.

Almost every hard-line Islamic extremist site offers a point system to users, wrote Jarrett Brachman and Levine in an April 13 Foreign Policy article on the world of gamification among extremists. The article cited a Britain-based website called Salafi Media, which measures a user’s status by a “fundamentalism meter.” The higher a user is ranked on this meter, the more power he or she wields in the online community.

While for the most part, the Wharton conference focused on how to use gamification to increase engagement in legitimate business and other contexts, Levine appealed to attendees to “turn everything backwards” in their consideration of gamification in terrorism and to offer suggestions on how to disrupt engagement. Levine offered one example of the successful disengagement of a 22-year-old member of the Revolution Muslim Group in New York City. He had been admitted to a coveted password-protected site and was even made interim president of his group, but suddenly left the movement. The reason: He lost a very public theological debate with a higher-status colleague online. He was kicked off all forums and never reentered the community, because the process of rebuilding his online identity and status would be too painstaking.

For more coverage of the “For the Win” conference visit our special section.