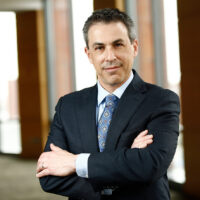 From the women’s movement to the sexual revolution, the generation of 77 million baby boomers born in the United States between 1946 and 1964 has spent the last five decades loudly breaking new ground. Now, as they head toward their “golden years,” they promise to redefine those as well — though not entirely in the way they might have hoped. While boomers want to keep working to remain active and earn needed income, they are woefully unprepared to finance the decades after standard 9-to-5 careers.

Without such preparation, the trail they blaze into their twilight years may provide inspiration to future generations solely as an example of what not to do. The boomers will become “the guinea pig generation,” says finance professor Richard Marston, who directs the Weiss Center for International Financial Research at Wharton. “We will learn from their bad experiences.”

Americans don’t think enough about retirement in general — from how they will afford it to how they plan to pass the time when regular work ends. A survey last March by the Employee Benefit Research Institute (EBRI) in Washington, D.C., found that fewer than half of those polled have tried to calculate how much they will need to live on in retirement.

This lack of planning is hardly unique to the United States. A pair of studies released in 2008 by MetLife found a similar lack of preparation in other countries. In Australia, 58% of those surveyed said they had done no retirement planning apart from the country’s government-sponsored pension program. Such figures were higher still in India and Mexico, where 80% and 81% of the respondents, respectively, said they had done no separate retirement planning.

How much is enough for retirees to live on? In the United States, where the average retirement age is 62 and life expectancy reaches into the 90s, most people should be saving for a 30-year retirement but many aren’t, says Marston, who explores retirement investments in his forthcoming book, Portfolio Design. “I think there’s an enormous need for better education,” he says. “The education will occur as we learn the horror stories of the baby boomers trying to stretch what they have through retirement.”

“Stretch” could indeed be the operative word.More than 47% of boomers born between 1946 and 1955 are at risk of running short of money in retirement, according to an EBRI study last July. Those born after 1955 are only slightly more prepared, with 43.7% projected to be at risk. And the members of Generation X that followed the boomers are scarcely better off, with 44.5% thought to be at risk of running out of cash before they die.

This looming crisis stems from a shift away from defined benefit plans, which put employers in charge of accumulating assets for a worker’s retirement, to defined contribution plans like the 401(k), which makes workers responsible for saving, investing and bearing the market risk. Just 10% of private sector workers relied solely on defined benefit plans in 2005, down from 62% in 1979, according to EBRI.

But instead of saving more for retirement, Americans have been saving less. From the 1950s through the early 1980s, Americans saved from 8% to 11% of their personal incomes, according to the U.S. Bureau of Economic Analysis. Personal savings began to drop in the 1990s and fell to less than 2% during 2007 before seesawing between 5% and 6% in 2010.

Without the security of a nest egg or an employer pension, the proverbial three-legged stool of retirement planning — a combination of savings, employer pensions and Social Security — has become increasingly wobbly. The average American lacks the financial savvy to build a solid retirement portfolio on his or her own, says Marston. This became painfully clear when the stock market crashed in 2008 and decimated retirement accounts. Nearly one in four workers between the ages of 56 and 65 held more than 90% of their account balances in equities at the end of 2007, according to EBRI, and more than two out of five were more than 70% invested in equities. Most experts advise people to hold about 50% of their portfolios in equities when they enter retirement.

Today, skittish do-it-yourself investors are making the opposite mistake by flocking to bonds and other fixed investments, says Marston. While they may avoid volatility in the short term, they could “end up with a portfolio that won’t last a lifetime.” He advises investors to seek advice from firms that charge fees as a percentage of assets, rather than those that receive commissions from selling financial products. “Retirement simply lasts too long to have people do it on their own,” he notes.

For baby boomers and everyone else, the time to start thinking about retirement is now, says Jean Stezfand, director of financial security at AARP, the lobby and advisory group for older Americans. “It’s an important first step.” People who try to calculate how much they will need to save for retirement tend to contribute more to their retirement accounts and manage their debts better. It’s like weight loss, says Stezfand: To reach your goals, “you have to step on the scale.”

Planning clearly helps, notes Olivia S. Mitchell, a professor of insurance and risk management and executive director of the Wharton Pension Research Council. In a 2008 study, Mitchell found that people who said they had thought “a lot,” “some” or “a little” about retirement built more wealth than people who said they thought “hardly at all” about it. Excluding housing, the median wealth was 32% higher for planners than for non-planners.

Other countries have a variety of schemes to help citizens financially prepare for retirement. Dutch workers are covered by a public pension system and industry-wide defined benefit plans. United Kingdom employees are automatically enrolled in defined contribution plans that employers must contribute to and that provide lifetime fixed payouts when workers retire. New Zealand automatically enrolls workers in a defined contribution program called KiwiSaver and promotes financial literacy through the KiwiSaver website.

Studies show that automatic enrollment in defined contribution plans increases participation sharply. According to AARP’s Setzfand, women, minorities and low-income workers increase their participation rate from less than 20% to more than 80% when employers switch their 401(k) plans from “opt-in” programs that employees must sign up for to “opt-out” programs that people are automatically enrolled in unless they decide not to join.

How should workers who hope to improve their financial literacy get started? One of the key lessons to learn is the power of compound interest, according to Wharton management professor Keith Weigelt. “What it means is, you have to start saving as soon as you can,” says Weigelt, who is engaged in bringing financial literacy classes to Philadelphia public schools. “You really have to have a long-term outlook, and it’s not clear to me that people [do].”

Individuals should consider what their basic expenses in retirement will be and how they can cover them. Financial advisors often recommend that retirees accumulate enough assets to cover 70% to 80% of pre-retirement earnings. Another oft-quoted precept is the 4% withdrawal rule, which advises retirees to preserve their funds by drawing down no more than 4% of their initial assets per year plus an allowance for inflation.

But critics say such guidelines should not be blindly followed. The 4% rule “just doesn’t work” when investments are tumbling, says Stezfand of AARP. “When you’re experiencing negative 20% returns, if you pull 4% out you won’t outlive your assets,” she says. A better approach may be to purchase an annuity with part of your assets when you retire, she says. An annuity is an investment that provides a monthly stream of income, either for a fixed period of time or for life, which can be used to cover basic expenses. “If you can cover your basic level,” she notes, “you’ll have a whole lot better peace of mind.”

People must also decide when to start drawing Social Security benefits, since the amounts vary with age. Some 42% of men and 48% of women start claiming benefits at the early retirement age of 62, according to the U.S. Bureau of Labor Statistics. But delaying the age to 65 increases monthly benefits by about 20%, says Andrew G. Biggs, a former deputy commissioner of the Social Security Administration and a resident scholar at the American Enterprise Institute who favors raising the minimum age to 65.

Still another issue to consider is the possible need for long-term care if one becomes unable to perform daily tasks such as dressing and eating without assistance. As many as 70% of Americans who reach 65 will eventually require such help, according to a study by Pennsylvania State University, Georgetown University and The Lewin Group, and 20% will need assistance for more than five years. Financing can come from sources that include costly private insurance and Medicaid, which requires people to draw down their assets to qualify. A section of the health care reform act that Congress passed last March creates an opt-out program to provide long-term care insurance through payroll deductions.

A mistake that many people make is to regard the equity in their homes as a source of retirement income, says Wharton real estate professor Todd Sinai. “I encourage people not to think of housing as an investment,” says Sinai. “Really what it is, is a place to live. The key common thread that you must remember is that you have to keep paying for housing during retirement,” he says. “So you don’t want to think of money in your house as being free cash,” since people will still need a place to live.

Many boomers want to keep working, of course, and not just because of their shrunken 401(k) accounts. “They say, ‘We have more to contribute. We still have value. We’re not done yet,'” says Marcie Pitt-Catsouphes, director of the Sloan Center on Aging & Work at Boston College. At a recent conference of about 150 women nearing retirement, she recalls, women said they had pioneered the workplace as adults and now planned to pioneer new ways of life in retirement. “Women were commenting that each day they were creating new images of what retirement could be,” Pitt-Catsouphes notes. “They say, ‘If we don’t want to play golf every day, then how do we want to spend those years? How do we prepare for retirement that includes meaningful and purposeful work?'”

Some suggestions come from Civic Ventures, a think tank that helps people find so-called encore careers. “Most people, when they’re done with their primary career, are not done with what they want to do in their lives and in their work,” says Marci Alboher, vice president of the San Francisco-based nonprofit. She would like to see the creation of “Individual Purpose Accounts” that people could use to help make the transition from their regular jobs to post-retirement careers. Some people go back to school to learn new skills, others start businesses or move to new locations, says Alboher. Those who plan for the transition will make it more smoothly than those who don’t, she adds. “We think ‘encore planning’ will become as common as ‘retirement planning.'”

In many ways, the new retirement landscape marks a return to earlier times. “A hundred years ago, retirement was not a concept that existed,” says Wharton’s Mitchell. “People had to keep contributing to the family and household unit to the extent of their ability. As we look ahead, the definition of retirement must and should change,” she says. “‘Must’ because of the financial challenge, and ‘should’ because it’s better for people not to retire full time.”

There’s plenty of evidence for that. Without work, “people lose mental capacity, they lose networks and friendships, they become depressed,” Mitchell says. “For most people, there’s no viable way to quit working 100%, and I would argue that it’s not a viable thing to do for themselves.”