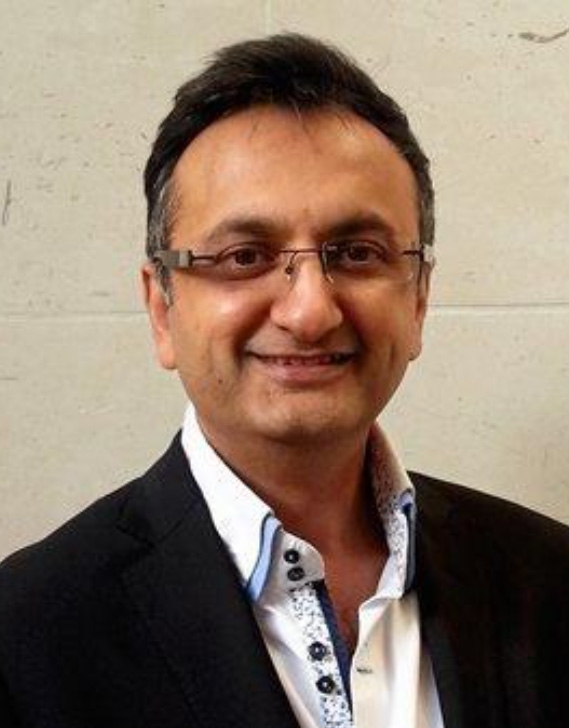 The Africa- and U.K.-based ZymPay is designed to facilitate payments to the unbanked, amounting to around half of the world’s population. That is the vision of  CEO and founder Dakshesh Patel, who also believes in the need for regulation. He seeks cooperation from traditional banking, not competition. “We’re not trying to be disruptive to the banking system,” he tells Knowledge at Wharton in this interview.

An edited version of the conversation follows.

Knowledge at Wharton: How did ZymPay get started?

Dakshesh Patel: We wanted to create something that was fast, quick and convenient in the diaspora finance market, particularly in the basic commodity of remittance. [At ZymPay] we’re trying to redefine the way the diaspora connects with their family and their home. We use technology to create an innovative way in which you can conveniently deal with cross-border payments from wherever you are in the world.

Knowledge at Wharton: How did the idea and the inspiration come about?

Patel: The inspiration came a long time back when I was working in banking. I was a corporate executive in one of the large global investment banks. We looked at transaction banking and trade finance. The idea of simplicity and using technology to enable simpler payments was always in my mind. As one of my staff said to me: “You had this idea on a napkin and you have now developed it into a platform.” It took us about two-and-a-half years to actually develop the entire platform, which was all built in-house.

Knowledge at Wharton: Could you describe the problem and the opportunity? There are often problems which, when you stare at them hard enough, contain opportunities.

“Africa is at the cutting edge; they have taken two steps forward, relative to what we have been experiencing in the West.”

Patel: Exactly. If you take the basic remittance product, we have done some analysis and there’s work that has been done globally. They show that about 40% of the money flow that goes home is used to pay bills. The second issue is trust. When you send money home, quite often you hear people saying: “They don’t use the money for what it’s intended.” It’s meant to pay your basic bills like electricity, water, school fees and health care. You also have a third dimension: banks looking at the risk of money laundering.

We’ve seen lots of recent cases of banks withdrawing from that particular market due to that regulatory burden.

We wanted a solution where people just pay for their families’ electricity bills directly. Why do they need to send money home, operate a local bank account? For the under-banked, there’s no bank account. So they’ve got to collect the money, go to the local shop, buy their prepaid tokens, and then go home and update their electricity [meters]. There’s a lot of friction in the system.

What we did was to initiate developing the platform where we integrate directly into the electricity provider. The example I am going to give you is in Zimbabwe, where you can now get prepaid electricity tokens from anywhere in the world, in seconds.

How does it work? Basically, we’ve connected into the grid, which is linked to a local bank. You can go online to ZymPay; we will soon have an app. You click on electricity, you get to see the company, you put in the account number. If I’m paying for my granny, I put her mobile number in and pay for it from anywhere using my card.

The minute it’s been accepted, the transaction runs through. A token is delivered by SMS through our platform to my granny in Harare. She just punches that into a meter and electricity is updated. No travel, no transfer cost. It is a very simple solution, which we’re now looking to roll out across different geographies in Africa.

Knowledge at Wharton: What’s the opportunity you see in Africa?

Patel: Africa is at the cutting edge; they have taken two steps forward, relative to what we have been experiencing in the West. Mobile has been a true transformational change particularly for the under-banked. Financial inclusion is huge. You know the level of penetration of mobile — literally everyone has a mobile phone. Now the cost of smartphones is coming down. Feature sets are beginning to evolve.

“The next evolution will be around how you make it cost effective and ubiquitous in terms of paying bills and dealing with payments within Africa itself.”

I think the savviness of using the mobile is very mature in African markets. You can bolt value-added services onto those mobile services. The big challenge is, whilst it’s convenient, it’s still very expensive. So I think it’s a tradeoff between domestic convenience as opposed to cost.

That’s going to be the next evolution in Africa…. Right now it’s convenience, but I think the next evolution will be around how you make it cost effective and ubiquitous in terms of paying bills and dealing with payments within Africa itself. We see that as a very exciting opportunity.

Another key reason is that Africa suffers a super tax on remittance. Where the average world cost is around 5% or 6%, Africa is closer to 10% to 12%. That’s not justified. Our effort is to bring that cost down to world standards and even below that.

Knowledge at Wharton: In addition to basic remittances, are there any additional applications for your technology for other markets?

Patel: We have an [insurance] product called Advantage that we launched last year. Insurance companies came to us. It’s similar to people paying bills; there’s the recurring cost of insurance. In Africa, the funeral is a big event in families. Health care is another key area. The insurers found that it was difficult for them to collect payments. What we’ve done is to allow them to market their services globally using the digital web. And ZymPay becomes the collection agent in every country.

So you can now buy a simple insurance product and ZymPay will do the collection. The benefit for the consumer is that it’s free for them because they are customers of the insurance company and the insurer pays the transaction processing fee. We don’t see it
just in the C2C space, which is person-to-person transfer, but more in the B2B space.

We are expanding that further into the education space. In education, it’s fascinating because the global migration of students has been very significant. It’s a $100 billion market in terms of paying university fees. Foreign students are traveling to markets like the U.K., the U.S. and Australia. Even South Africa and parts of Asia are beginning to emerge as key centers of education. Our role is to work with universities to make it cheaper and more convenient for them.

For the students, it means they don’t incur the significant cross-border charges. By paying locally in your home country and with us doing the collection for universities, it solves the puzzle at both ends. The alumni of universities are significant contributors. For us, it’s about connecting the universities with the alumni to make payment much simpler.

Knowledge at Wharton: What were some of the biggest risks that you encountered and how did you deal with them?

Patel: I think the biggest risk is always about trust in the system; it’s recognizing the banking system is here to stay. Whether we like it or not, everything should operate within a regulated framework. We’re not trying to be disruptive to the banking system; it’s more about how you bring people into the system in an inclusive and affordable way. That was the first hurdle we had to overcome — to convince institutional partners that this was about inclusiveness, not exclusiveness.

There’s a lot of talk about fin-tech disruption. But, to us, disruption isn’t about taking something away from the system; it’s actually bringing it into the system. The other challenge is always going to be around how you get benchmarked against the largest sort of incumbents in the traditional remittance space. We don’t see them as competitive; we see them as cooperative because they have a role to play. It’s not for us to compete or criticize, but to actually embrace them in a way that creates a holistic financial equation.

Knowledge at Wharton: If I were to ask you to look at ZymPay two to three years out, where would you like to be?

Patel: We’ve chosen about 12 key markets, where we can repeat all the value-added services I’ve talked about and mature those into those specific markets. They’ve been chosen very deliberately; they cover the key aspects of supporting the diaspora in both directions. At the same time, they are also the countries where you see significant movement in terms of education flow. So I think for us it’s about identifying the right partnerships and to actually develop the business to a maturity where it is profitable, that the revenue model is proven, that there is a place for a revenue line and a profit that is fair and transformational. But, at the same time, it provides the community with the type of solution that they are looking for at a convenient price.