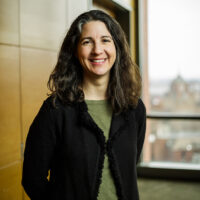 The world is running out of time to solve the climate crisis, and businesses are under increasing pressure to lead the charge.

A recent United Nations panel report blamed human activity for rapidly warming the planet in the last millennium, with transportation and electricity generation as the two largest sources of carbon emissions. U.N. Secretary-General Antonio Guterres, who described the report as a “code red” for humanity,” called on private and public stakeholders to work toward greener economies.

But like smoggy skies, the path forward isn’t always clear.

“Whether we develop new government policies, work together to create new energy-efficient technology, or commit to reducing emissions through nature-based solutions, more and more people believe something needs to be done. But what is the role business should play in this endeavor?” asked Wharton Dean Erika James as she introduced a panel of experts to discuss the topic.

The Oct. 20 virtual panel, titled “Tackling the Climate Crisis,” was part of the ongoing Beyond Business series to explore the most complex and pressing issues affecting organizations and individuals around the world. Part of the Wharton School’s Tarnopol Dean’s Lecture Series, Beyond Business is streamed live on Wharton’s LinkedIn page. (See video below.)

The panelists were Benjamin Keys, a Wharton real estate and finance professor, who spoke about how climate change is reshaping the mortgage and housing industries; Sarah E. Light, a Wharton legal studies and business ethics professor, who laid out an action plan for businesses to follow; and David Swift, chief operating officer of impact investment group Engine No. 1, who talked about how the investment community can green the economy.

Light, whose research focuses on environmental law, corporate sustainability, and innovation, said businesses are responding to the call for change, even as the call grows louder and more insistent. For those that haven’t joined in the chorus, she said, there are three things they can do right now to start making a difference:

“Not all firms have gotten there, and I would want to encourage them to do this, and that is to put their money where their mouth is in terms of advocating for public policies that will support a transition to a net-zero economy by 2050,” Light said.

She also exhorted firms to be more transparent to the public and government regulators about what they are doing to mitigate emissions. This is especially important because there is so much uncertainty around the metrics and terminology of going green. A lot of companies are using third-party platforms to disclose their environmental activity in the absence of substantial governmental guidance. But the Securities and Exchange Commission has taken note of these voluntary disclosures and is catching up, she said. The agency is weighing whether to mandate its own disclosures regarding ESG (environmental, social, and governance) compliance.

“The more we see private actors taking up the mantle of working to reduce greenhouse gas emissions not only from their operations but also from their value chains, I think that’s a real step forward,” Light said.

Keys said the commercial real estate industry is very interested in the SEC’s decisions because coming up with the right metrics for energy efficiency has long been a challenge. For example, he said, New York City has laws targeting the reduction of greenhouse gas emissions from buildings, but that law doesn’t distinguish between a massive structure such as the Empire State Building or an apartment building. Keys said policymakers have to strike a balance between energy intensity and energy density.

“How do we avoid punishing density?” he said. “We know that city living is far more energy-efficient than driving out to the far-flung suburbs. We want to encourage dense living, but we want to make sure it’s done in a way that’s more energy efficient.”

Climate change has increased the frequency, severity, and costs of weather-related disasters such as hurricanes, droughts, and floods. In 2020, there were 22 billion-dollar disasters in the U.S., Keys said. As a result, both private and public players are scrambling to innovate solutions.

“There’s a recognition in the housing and mortgage space that these growing risks are going to need to be addressed, and that the federal government is not going to simply pick up the tab in the ways that they have in the past,” he said.

“We want to encourage dense living, but we want to make sure it’s done in a way that’s more energy efficient.” –Benjamin Keys

There are a number of entities contributing toward solutions, including the National Association of Realtors, real estate broker Redfin, the nonprofit First Street Foundation, and the government’s Property Assessed Clean Energy Program. A large number of home loans go through Freddie Mac and Fannie Mae, which is why they should also help guide change. But Keys emphasized that innovation must be affordable.

“I think we’re seeing policymakers putting these programs at least on a path towards getting the pricing right, and I think that’s going to send a strong signal to the market,” he said, adding that the decisions being made now will reverberate for decades.

Mitigating the risks from climate change is too costly for homeowners to bear alone. It’s going to take collaboration and support from the government and the private sector to make it work, and Keys expects to see progress.

“I think we’re just scratching the surface in the housing and mortgage markets in this space,” Keys said.

Swift agrees with BlackRock CEO Larry Fink, who wrote in 2020 that “climate risk is investment risk.” An investment industry veteran, Swift said companies have a fiduciary responsibility to shareholders to analyze the risks related to climate change, like whether companies are adopting greener manufacturing practices or continuing to rely on fossil fuels.

“It is absolutely possible to address the needs of shareholders while thinking about climate change,” Swift said. “If you think about it as an economic issue, it poses material risk to your business if you’re on the wrong side of this transformation,” he said.

“It is absolutely possible to address the needs of shareholders while thinking about climate change.” –David Swift

Technology, regulation, industry disruption, and other factors will exert force on companies that refuse to change. And the resulting pressure will squeeze everything from operations to recruitment and retention of both employees and customers.

“Conversely, if you’re on the right side of this transformation, if you’re taking the right steps, the market’s going to reward you,” Swift said, noting that now is the time for companies to “create value by changing their behavior and their business.”

The most common response he’s seen to climate change is the launch of ESG strategies. But companies lacking in such a plan are often “negatively screened” out of investment portfolios. His company, Engine No. 1, takes a very different approach: it invests and engages with them.

“When you screen out a bad company, it doesn’t really inspire that company to change their behavior,” Swift said. “We want them to understand the issue as a shareholder issue.” 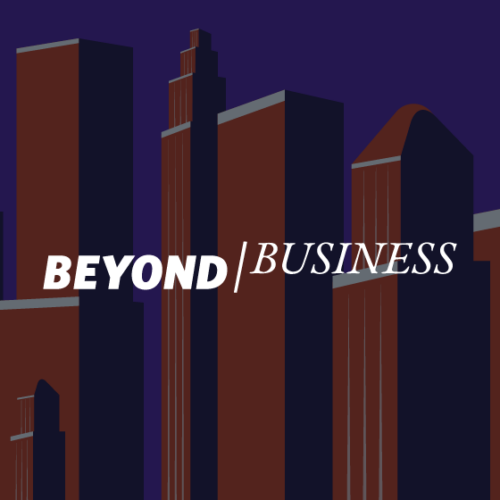