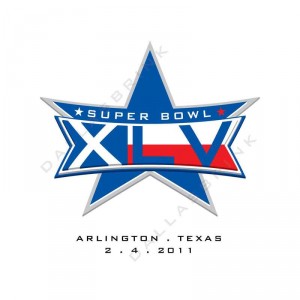 Every year, the hype over Super Bowl ads is almost as big, if not bigger, than the hype over the actual game. And in both cases, some years have delivered better than others. This year was not one of the good ones all the way around. [For those actually interested in football, the Green Bay Packers edged out the Pittsburgh Steelers 31 to 25.)

As for the commercials, if it wasn’t the huge number of automobile ads and movie trailers that made it hard to remember which car or movie was being pitched, then it was the ads that managed to offend groups ranging from Tibetans, Italians and senior citizens to women, parents and people opposed to drivers using Facebook while behind the wheel. There were, of course, exceptions, with some commentators offering positive reviews of ads for Volkswagen (with its mini Darth Vader), Motorola (love, flowers and Big Brother), Pepsi (love in a can), Chrysler (love note to Detroit), Best Buy (a space-age Justin Bieber), E*Trade (talking babies) and CarMax (mermaids and geeks), among others. The ads, good or bad, cost advertisers between $2.5 million to $3 million for a 30-second spot, according to news reports.

KnowledgeToday asked Wharton marketing professor David Reibstein to give us his views of this year’s Super Bowl ad tournament.

”Rating the best ads for the Super Bowl always depends on what criteria are being used,” says Reibstein. “Most of the popular ratings are based on how much enjoyment people got by watching the ad. It is not necessarily the best-producing ad for the firm. In fact, often, it is quite the opposite. Yet, many of the ad agencies that produce these ads are striving to get attention and to demonstrate their creativity and production capabilities while paying less attention to whether the ads will yield the desired results for the firm.”

Below, in his own words, are Reibstein’s favorite Super Bowl XLV ads (in no particular order):

My least favorite ads were those that focused on the production, often sci-fi, to demonstrate [technical] capability but had little information about the product. Several ads fit into this category.

As for the wisdom of companies spending $3 million for a single 30-second ad, Reibstein notes that it is a question of “simple logic:” Approximately 100 million viewers are watching these ads, he says, which is “just under $30 on a cost per thousand (CPM) basis. That’s in the ballpark for what you pay for a normal ad, plus all these ads get re-shown on so many different websites and in so many newspapers that the total amount of exposure is much greater. So while it looks like an outrageously expensive process, it’s probably a pretty good bargain.”

The $2.4 Million Dollar Question: What Is the ROI for Super Bowl Ads? Knowledge at Wharton

Super Bowl Showstoppers: Despite the Economy, the Big Game Is Still on for Advertisers: Knowledge at Wharton