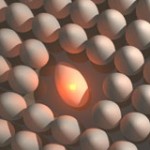 Long ago and far away, before the great financial crisis, swashbuckling private equity (PE) groups were on a relentless march toward ever-bigger deals. The industry, of course, took a big tumble with the Great Recession. But then last year came a renewed buzz – signs of the return of mega-deals. The industry was hoping that a benchmark-setting $10 billion deal was imminent, which would signal the return of boom times. It never happened.

As the Financial Times points out today, “At about US$5 billion, or US$6 billion with debt, last week’s deal by Apax Partners to buy Kinetic, the U.S. wound-care specialist, is set to become the biggest post-crisis deal by private equity.” Big perhaps, but not the big enchilada hoped for last year.

There are myriad reasons why the bigger deals are elusive, with many observers citing as most notable the skimpy supply of attractive targets. The FT article goes on to point out something Knowledge at Wharton had reported in the recently published “2011 Wharton Private Equity Review: Gradually Regaining Ground”: With large potential targets elusive, PE investors increasing are looking to the mid-sized market.

A Review article titled, “As ‘Megadeals’ Lose Luster, Mid-sized Companies Are Becoming More Attractive,” notes that “private-equity investors are increasingly focusing on strong middle-market companies that are ready to expand. Investments in such companies demand less capital than larger deals and have greater flexibility when it comes to cashing out. This makes middle-market investing particularly attractive to private equity firms at a time when money remains tight and fund-raising is challenging in the wake of the recession and global financial crunch.”

Companies that “are doing well in their niche” but lack the skills to expand into new areas” are particularly attractive, said Craig Bondy, a principal at GTCR Golder Rauner in Chicago. PE firms that acquire such companies can then apply strategic guidance and operational expertise, Bondy noted during the panel titled, “Middle Market: Identifying and Creating Sustainable Competitive Advantages.”