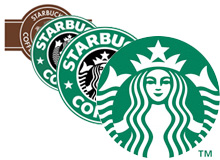 Starbucks is on a caffeine-fueled growth spurt in Asia. According to a report from the company newsroom, Starbucks plans to go from around 500 stores to at least 1,500 stores over the next three years, and predicts that its operations in China will be its second largest, outside of the U.S., by 2014. Starbucks coffee stores are currently located in 48 Chinese cities.

The company has had mixed success with expansion, however. Although it has strongly rebounded from flat sales in the U.S., it faces continuing resistance in Europe — where “fickle regional palates” and a sagging economy have weighed down performance, according to a recent New York Times article. Starbucks has yet to make a profit in France, the article adds, and “even in the parts of Europe where the company does make money, sales and profit growth lag far behind results in the Americas and Asia.”

Given this uneven track record, and continuing uncertainty over the global economy, how successful will Starbucks be in China?

“It has already been proven that there is a segment of consumers [willing to buy] premium coffee – given the huge success that Starbucks enjoys in big cities of China,” says Wharton marketing professor Qiaowei Shen. “In recent years, the number of coffee shops – national chain stores or local independently owned stores – that target high-income white collar [consumers] has been increasing dramatically. This is another piece of evidence to show that there is demand for high quality premium coffee, and the potential demand is likely to grow in the future.”

Also, according to Shen, the assumption that Chinese consumers tend to favor tea over coffee “may not be true for the young generation in China who grew up with Western food and drinks — such as McDonalds, KFC and Pepsi.”

At the same time, Shen adds, “Starbucks needs to be cautious about its expansion plan. The goal of tripling the number of stores in China within three or four years indicates that Starbucks is not only going to add new stores in the first-tier and second-tier cities, but is also expanding to third-tier or even smaller cities….. For large cities, the concern with proliferating stores is within-chain cannibalization, when the expansion rate exceeds the rate that the pie grows. For the new markets – third-tier or smaller cities — the concern is whether premium pricing is sustainable in less Westernized and economically less developed places. On the other hand, the aggressive expansion plan could potentially fend off some competitors and strengthen Starbucks’ foothold in the Chinese market.”

Wharton management professor Lawrence Hrebiniak is also enthusiastic about the expansion — with a few caveats. “China looks very good for Starbucks,” he states. “Coffee sales are up significantly as traditional tea drinkers [opt] for the newer form of caffeine. Sales are booming — revenue is up 38% — and margins are high, 35% versus 22% in the U.S.” When the company raised prices last year in China, he adds, “demand actually went up, a sign of a luxury good. Chinese customers seem to be enjoying the socializing at Starbucks’ sites, much like the original craze in the U.S. In addition, coffee sales forecasts show predicted increases of more than 50% by 2015.”

So, is there anything at all to be concerned about? “Perhaps,” he says. While the projected rate of growth is very robust — 200% in only three years — not all cities in China are alike. “Smaller cities with lower income levels may not react as strongly as their larger counterparts. Lower economic growth may affect the smaller markets more than the larger ones. And management attention definitely will be taxed somewhat as the top planners try to grasp and control such rapid growth.”

A “slightly slower, incremental approach” may be in order, he suggests. For example, the company should avoid undertaking too many initiatives simultaneously, such as openings, marketing programs, management controls and so forth. “This can tax even the best management team. China looks good and deserves a commitment to expansion and growth, no doubt about it,” he states, but “taking things a bit slower and opting for a less hectic growth program to avoid the problems of a too-large, complex change” may prove more successful, he notes.

For his part, Wharton marketing professor John Zhang suggests that Starbucks may not be moving fast enough. “The fact of the matter is that the U.S. would have a good year if its economy grows by 3%, and China would have a bad year if its economy grows by only 8%. Given the size of the China market and the projected high growth rate — 7% to 8% — for the coming decade, investors if anything may question why the company does not aim to grow faster. For instance, KFC already has more than 3,000 restaurants in 650 cities in China and is adding a new one every day. In comparison, Starbucks is definitely not turbo-charging its growth.”

There is “no question that the American brand is a big draw,” Zhang adds. “More importantly, consuming a cup of bitter-tasting, very expensive and foreign liquid is a sure way for someone to stand out as one of the sophisticates in China. Indeed, given the popularity of the brand” there, Starbucks can surely ride on the swelling middle class and fast urbanization in years to come. The risk lies in opening stores too slowly and losing the rare window of opportunity.”

As for the competition that Starbucks faces in China, Shen cites McDonald’s as one candidate, “but probably not the major one [because] McDonalds’ coffee is much cheaper and attracts different segments of consumers…. Currently, major competition comes from similar coffee chain stores from Taiwan and Japan, with some well-known brands. Competitors also include bakery stores that serve high-quality coffee. Many independently owned local coffee shops also are starting to populate the large cities. They typically have a very unique style and beautiful atmosphere,” attracting the same type of consumer that Starbucks is targeting. “The local competition,” Shen adds, “is intensifying.”