In Spousonomics: Using Economics to Master Love, Marriage, and Dirty Dishes, Paula Szuchman and Jenny Anderson offer an amusing attempt to solve some of love’s stickiest issues by applying the precision of economics to the messiness of relationships.

“At its core, economics is … the study of how people, companies, and societies allocate scarce resources,” Szuchman and Anderson say, “which happens to be the same puzzle you and your spouse are perpetually trying to solve: how to spend your limited time, energy, money, and libido in ways that keep you smiling and your marriage thriving…. The trick is to a) boost those precious resources and b) allocate them more intelligently. Do that, and before you know it, you’ll be on your way to a better return on your marriage.”

The authors don’t just make things up. Szuchman, a page one editor at The Wall Street Journal, and Anderson, a New York Times reporter who spent years covering Wall Street, logged countless hours interviewing economists, psychologists and hundreds of couples coast-to-coast. They thank United Sample for helping them survey roughly 1,000 people nationwide to come up with what they refer to as their “Exhausting, Groundbreaking, and Very Expensive Marriage Survey.” And they clearly did their homework — on everything from Holland’s tulip craze to the Cuban missile crisis.

Whether the book’s insights could save a faltering marriage is up for debate, but it is a fun read. Economists “turned out to be a surprisingly romantic bunch,” the authors write, and they discover that economics offers “dispassionate, logical solutions” to “thorny, illogical, and highly emotional” domestic disputes. “When it was all over, we were convinced: Economics is the surest route to marital bliss.”

To prove it, the authors structure each chapter around a different economic theme and then use case studies to show how various economic principles apply to marriage. Some attempts, such as plotting sex along a supply and demand curve, come off as a bit of a stretch. Other juxtapositions spark fresh insights and might even inspire a practical solution or two. Szuchman and Anderson use division of labor, for example, to take a clear-eyed look at how couples should most effectively divide household chores. They remind us that being loss averse may lead to irrational or unproductive decisions and that trade-offs are part of life — get used to it.

In both language and concept, the book ricochets from economic jargon to down-and-dirty dishing about sex, sometimes struggling to connect the two. Case in point: Do Szuchman and Anderson really believe that sex is “merely a function of supply and demand” and that couples can boost the amount of sex they have by bringing its cost down?

“By the ‘cost’ of sex, we don’t mean the literal cost of paying for sex,” they say. “We mean what it costs you, as in what you have to give up to get it — the fifteen minutes of sleep you’ll miss out on, the emails you won’t have time to reply to, the last-minute run to the supermarket to make sure little Johnny’s lunch is stocked with organic applesauce.” From an economic standpoint, when the cost of sex goes up, the demand for it goes down, they argue. The solution: “Lower the costs. Do that, and the quantity demanded will rise almost instantly.”

Likewise, there is a chapter comparing economic bubbles to new love’s giddy infatuation. In economics, bubbles occur when the price of something rises far above its actual worth. This is exactly what couples do early in their relationship, Spousonomics argues: They over-value each other. They become blind to each other’s faults. They don’t heed warning signs that, in hindsight, should have been obvious.

Marriage as a Business

Still, even when the analogies are a reach, the unexpected comparisons provide surprising food for thought. In the chapter on bubbles, for example, Szuchman and Anderson offer one economist’s views about how to approach recovery after the bubble bursts. Austrian economist Joseph Schumpeter argued that bubbles are necessary for the economy, opening it up to a cycle of “creative destruction” that allows the economy to revitalize itself and become more vibrant and productive. So bubbles are actually a good thing. The same principle could be applied to marriage, the authors argue. Disillusionment is painful, but sometimes a process of death and rebirth is required for a relationship to grow. “In other words, you can’t spackle the holes in the wall and cover them with pictures,” they write. “Sometimes you need to tear the wall down entirely and rebuild it from scratch.”

Occasionally, Spousonomics offers economic insights that not only make sense but might actually help a marriage work better. The chapter on division of labor, for example, points out that couples who divide household chores using the theory of comparative advantage might be better off than those who split duties straight down the middle.

Comparative advantage is the cornerstone of free trade. It says that countries should specialize in whatever good they produce most efficiently and trade for the rest. Marriage can also benefit from such division. “Think of marriage as a business comprising two partners,” the authors write. “You’re not only business partners in the sense that you work together for the good of your company, you’re also trading partners who exchange services, often in the form of household chores. How should you decide who does what?”

For centuries, marriage divided its labor and thrived from specialization, the authors assert. Husbands and wives had very specific roles and a very clear division of duties. But as the economy changed, technology advanced, and women entered the workforce, the balance changed. According to Wharton business and public policy professors Betsey Stevenson and Justin Wolfers, marriage began to shift from “a forum for shared production to shared consumption.”

Of course, that shift has made it difficult to decide who should do the dishes. In one case study, a couple named Eric and Nancy decided it would be fair to divvy up all the housework 50/50. They rotated everything: walking the dog, paying the bills, doing the laundry, cleaning the bathroom. They both did it all — and resented each other as a result. Finally, after the bickering and score-keeping became unbearable, they decided to divvy up the chores based on comparative advantage — and both saved time as a result.

“Like two countries, married people also exchange goods and services, and each also brings to the table a different set of abilities and interests. By figuring out which of them has the comparative advantage in a range of tasks, from dishes to dog walking to bulb planting, Eric and Nancy could then decide who would specialize in what,” Szuchman and Anderson write. “Life need not be a fifty/fifty split for each person to be happy. It could be sixty/forty, or seventy/thirty, or even ninety-nine/one, depending on the people, the situation, and the willingness to put away the calculator and give and take based on what really works best rather than what we think should work best.”

Loss aversion is another economic concept the authors tie successfully to marriage. Economists have found that people act irrationally in the face of loss — even the possibility of loss. In fact, people hate losing more than they love winning, the authors write: According to economists, losing hurts twice as much as winning excites. Look no further than the stock market for proof: The financial press is filled with tales of hapless traders who make risky bets to recoup small losses.

“Here’s the punch line,” Szuchman and Anderson write: “Loss aversion is messing with your marriage. When loss aversion kicks in, you’re liable to stay up all night arguing because you don’t want to lose a fight. You’ll refuse to compromise because it means giving up what you want. You won’t apologize because you don’t want to lose face. And you’ll fail to appreciate the good stuff that’s right in front of your because all you can think about is how much more fun married life used to be.”

Sometimes people may feel that they are losing something based simply upon how a choice is presented. In an experiment, psychologists Daniel Kahneman and Amos Tversky found that people would make different choices depending upon how a question was asked.

The researchers created a scenario about a disease outbreak that was expected to kill 600 people, and asked test subjects to choose between two plans: Plan A had a 100% chance of saving 200 people; Plan B had a one-third chance of saving 600 lives but a 2/3 chance of saving no one. Seventy-two percent chose Plan A.

Then the researchers offered two new plans: Plan A had a 100% chance that 400 people would die; Plan B had a 1/3 chance of no one dying and 2/3 chance that everyone would die. The plans are exactly the same, but in the second round, 78% of test subjects chose plan B.

“The first presents the options in terms of who lives and the second in terms of who dies — in other words, as potential gains or potential losses. Invariably, subjects gravitated toward the gains,” the authors write. For marriage, the conclusion is clear. “Frame a choice differently and you might change your mind about which path to take. You might also feel more open to compromise. That’s because our willingness to compromise has a lot to do with whether we think we’re losing or whether we see the potential for a gain.”

Reframing one’s perspective on marriage is hard, especially when both parties have invested heavily in their own positions. But again, there is an economic fix. “Economists would argue that fixating on past investments — or what’s known as ‘sunk costs’ — when weighing what to do in the future is a waste of time,” Szuchman and Anderson point out. “Sunk costs are just what they sound like: sunk, buried, kaput, finito. Let them go, a wise economist would say, focus on future costs and benefits, not money you’ve spent and can’t get back.”

Ultimately, both marriage and economics are filled with trade-offs. The classic example is the choice between guns and butter. The more a country spends on national security, in other words, the less it has to spend on goods. Marriage is also a game of trade-offs, and sometimes they aren’t fair.

In one case study, Gus seethes about having to take on all of the housework and parenting duties while his wife Abby goes through medical school. The nine-year haul seemed unfair to Gus, but he stuck it out because he knew that long-term it would pay off. In other words, he managed to think like an economist.

“Economists say that in a market economy, people inevitably face trade-offs between equity — or what’s fair — and efficiency, or the optimal allocation of resources,” the authors write. “The problem with fixating on life’s unfairness is that it precludes our ability to think clearly about trade-offs, which can lead to very inefficient outcomes. The solution: Get over it. Not exactly a high-concept solution, but the only way to tackle inequity aversion is to will it away — to recognize that the more time you spend in an it’s-not-fair mentality, the less time you have to calculate the long-term benefits of a trade-off, for tallying up the short-term costs, and, ultimately, for finding solutions.” 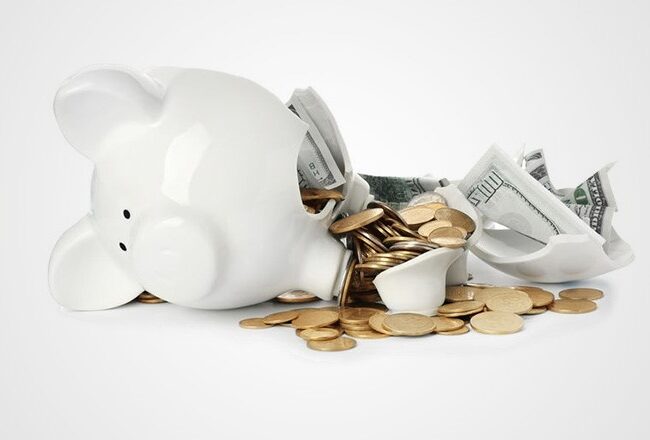 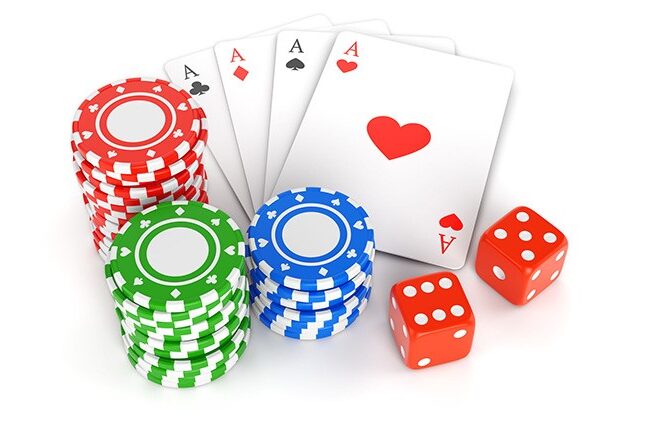