At a time when the airline industry is under assault from skyrocketing fuel prices and a sluggish U.S. economy, it’s hard to imagine that a talk by the president of the leading American carrier would not be dominated by discussions of job cutbacks, reduced routes, higher fares and a difficult future ahead.

But then there aren’t too many major airline executives quite like Southwest Airlines’ Colleen Barrett, 63, who rose from legal secretary to the front of the corporate suite over a span of 23 years. It was Barrett, working closely with mentor and company co-founder Herb Kelleher, who pioneered Southwest’s unusual and now legendary approach to customer service, which aims to treat the company’s 35,000 employees like family, to make the workplace fun — and then to carry that upbeat attitude to consumers. It’s a strategy that has made an upstart discount carrier into America’s busiest airline by passenger volume.

“Our mission statement is posted every three feet, all over every location that we have, so if you’re a customer, you’ve seen it,” Barrett noted in her recent talk at the 12th Annual Wharton Leadership Conference, sponsored by Wharton’s Center for Leadership and Change Management and Center for Human Resources. “It’s to follow the Golden Rule — to treat people the way that you want to be treated, and pretty much everything will fall into place.”

To be sure, Southwest’s success took more than being nice to customers and employees. For example, Southwest’s innovative policy on fuel costs — a complicated system of hedging against future price gains that is saving an estimated $2 billion this year and made Southwest the only profitable major U.S. carrier in 2008 — is the talk of the airline industry. But Barrett — who’s stepping down as president this summer — only mentioned that in passing during her remarks. Instead, she showed a six-minute video that she prepared for a recent board meeting, featuring heartfelt testimonials from flyers and employees who showed, for example, how they use a roll of toilet paper to fashion a “birthday cake” for travelers.

“Customer service is really my passion,” Barrett said, adding that she probably spends 85% of her time as president dealing with worker issues — what she called “pro-active customer service to our employees” — with the underlying idea that a happy and motivated workforce will essentially extend that goodwill to Southwest’s customers. “When we have employees who have a problem — or have employees who see a passenger having a problem — we adopt them, and we really work hard to try to make something optimistic come out of whatever the situation is, to try to make people feel good whatever the dilemma is that they’re dealing with,” Barrett said.

More on the promise of low-cost flights

Dallas, Tex.-based Southwest has posted a profit for 35 consecutive years — something no other American carrier can boast. In 2007, the airline pulled in nearly $9.9 billion in revenues and reported a net profit of $645 million. But Barrett said that the numbers that mean the most are not the ones on Southwest’s balance sheet, but rather those that indicate how many millions of people have become frequent flyers because of the airline’s low-fare, high-volume strategy. She noted that when Southwest flew its first Boeing 737s out of Dallas’s Love Field in 1971, only 13% of the American public flew regularly. “Those 13% were all male, quite frankly, and they were all businessmen,” Barrett said. “Women only flew if there was a family crisis…. We have changed the way that people thought about flying.” She pointed out, for example, that low-fare air travel has held together couples in long-term, long-distance relationships and helped divorced parents in far-off cities watch their children grow up.

The string of profitable quarters and the feel-good stories don’t mean that Southwest is immune from unprecedented pressures facing the industry. Barrett acknowledged that the company is looking nervously to 2012, when the company’s fuel-cost advantages will largely disappear, and beyond. “If fuel goes any higher, nobody will be flying — it really and truly is scary,” Barrett said. “We’re just going to have to come up with something else.” On the same day that Barrett spoke at Wharton, Southwest CEO Gary Kelly was telling a conference in New York that the carrier would probably need to push fares up “gently” in 2008. In addition, Southwest is looking toward the future by slowly phasing out some of its older 737 models, adding wireless Internet access to flights, and negotiating new code-share deals with international carriers.

Meanwhile, Barrett — who will keep an office and continue to work on customer-service oriented projects for Southwest after relinquishing her president’s title in July — remains the evangelist of the company’s remarkable story and her own improbable rise within it. Raised in what she called “a poor little family that never had much” in rural Vermont, Barrett studied to become a legal secretary and then got the break of a lifetime when she went to work for Herb Kelleher, the New Jersey-born lawyer who migrated to Texas and in the late 1960s became legal counsel and co-founder of Southwest with Rollin King in 1971.

The colorful and charismatic Kelleher believed in a collaborative style that involved his associates, including his legal secretary Barrett, in every step of the process. In the early years of Southwest, many of the company’s efforts took place in the courtroom, battling repeated efforts by larger carriers to restrain the upstart airline in the era before the industry was deregulated. Eventually, Kelleher became the company’s chairman in 1978 and three years later — with the industry in turmoil over a strike by air traffic controllers — its CEO.

Naturally, he brought his longtime aide Barrett with him, and the two grew Southwest from a little-known Texas carrier to the coast-to-coast consumer powerhouse that it is today. (She and Kelleher actually took a leave of absence from the law firm, which to this date has not been cancelled.) Barrett says now that the key to Kelleher’s success — and her rise along with him — is that he is “an egalitarian spirit.”

“He never embarrassed you — even when you did something really silly or foolish or not too bright,” Barrett said. “He always supported me and always treated me as a complete equal to him.” Barrett — who often wears tennis shoes and T-shirts to the office and has no formal training in aviation –became vice president-administration in 1986, executive vice president-customers in 1990 and president in 2001, when Kelleher was trying to surrender some of his duties, a mission that was complicated by the September 11 terrorist attacks. Over time, Barrett has been widely recognized for her leadership — winner of the Outstanding Woman in Aviation Award in 2007 and named to Forbes’ list of the 100 Most Powerful Women in business on more than one occasion.

Barrett is also a persistent problem solver. “I like being part of a team. Tell me I can’t do something and I’ll kill myself trying. I’m an overachiever. I didn’t score off the IQ charts or anything but I plug away…. I’m kind of a firefighter.” She described her management style as “servant leadership,” using a term first coined by management guru Robert Greenleaf in the 1950s.

A Trip to the Movies

It was Barrett who made the Golden Rule — which was drilled into her by her mother when she was growing up — into the company motto and model. She also developed the unusual pyramid that focuses on employee satisfaction and issues first and foremost, followed by the needs of the passengers, which in turn creates a profitable business that satisfies the shareholders below them. A typical move by Barrett, during an earlier economic slowdown, was to offer reservation clerks a chance to stay with the company rather than laying them off.

She believes the payback from that strategy is the extra effort that Southwest employees put into serving passengers. For example, she noted that when planes were grounded across America after the September 11 attacks, a number of Southwest jets were forced to land in cities where the airline doesn’t normally fly — creating some unusual dilemmas. Several members of the flight crews took in stranded unaccompanied minors for the week, becoming so close that they still keep in touch at Christmas and Thanksgiving. In Sioux Falls, S.D., where one of the stranded jets ended up after September 11, the pilot decided his passengers were watching too much television and rented a bus to take them out to the movies.

“Somebody told me that they flew on Southwest on Father’s Day recently and the attendants asked if everybody had remembered Father’s Day,” Barrett told the Wharton audience. “For the people who didn’t, the attendant went around and gave them Father’s Day cards.”

The company’s quirky culture has its roots in the 1970s, when the original Southwest female flight attendants wore hot pants and white go-go boots. Today, the emphasis is somewhat different. “If you are not a touchy-feely type person, you are going to be so uncomfortable in our environment,” said Barrett. That approach carries over into hiring. “We literally say that we hire for attitude and we train for skill,” said Barrett, quickly reassuring the audience that Southwest only brings in top-notch pilots and mechanics. “And we are far more likely to terminate someone for attitude and behavior and lack of respect than just about anything else.”

Ultimately, Barrett says, she wants Southwest employees to do what she clearly has mastered: To simply be themselves on the job. “We have always thought that your avocation can be your vocation, so that you don’t have to do any acting in your life when you leave home to go to work, that you don’t have to take off the real person that you are and throw it down on the couch.” 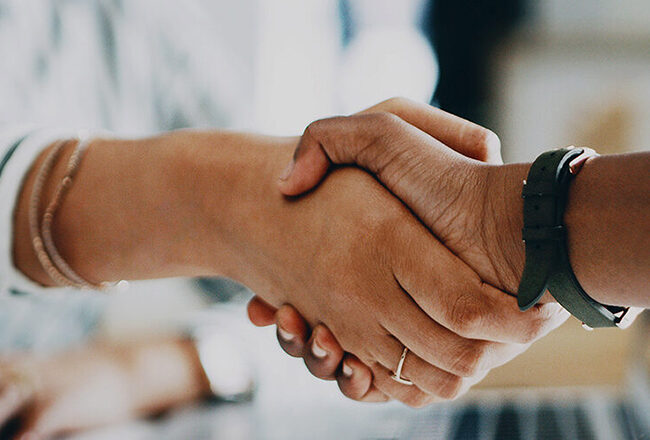 Want to Become a Better Leader? Question Your Assumptions