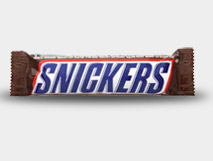 Bruce McColl isn’t an engineer, and his responsibilities have a lot more to do with building brands than building bridges. But the much-celebrated global chief marketing officer for Mars nonetheless believes that the spectacular failure in 1940 of the original Tacoma Narrows Bridge – a suspension bridge in Washington state –offers valuable lessons for brand managers as they attempt to navigate the fractured, difficult, fast-shifting marketing landscape of the 21st century.

“The real insight [from the collapse] is that the engineers on that project jumped in too eagerly with new technologies and new methods,” said McColl, who spoke during Wharton’s recent Future of Advertising Conference. “There were new variables and new techniques, and they weren’t yet tried and tested. They used them on a scale that they weren’t ready for.”

As McColl noted, while other, apparently more daring designs had preceded the Tacoma span — the groundbreaking Brooklyn Bridge in 1883, the even more enormous George Washington Bridge in 1931 and the stunning Golden Gate Bridge in 1938 — and while the Tacoma bridge basically followed the same blueprint as those spans, it failed anyway. It failed not necessarily because of its basic layout, or because of the inadequacy of its designer (indeed, the Tacoma project was headed up by Leon Moisseiff, who also designed the Golden Gate Bridge), but rather because the technologies and innovations used there — specifically, its elegant but narrow girders — simply pushed the envelope too far, too soon. Moisseiff’s design may have been a good fit elsewhere, but it wasn’t a good fit for blustery Puget Sound.

Construction workers became familiar with the bridge’s flaws early on, so that when the bridge collapsed into Puget Sound just four months after its opening (no injuries were reported), hardly anyone was surprised.

The lesson — not just for engineers, but for marketers — is clear, McColl said: Technology and innovation in and of themselves are not necessarily the answer to any single problem or challenge. Employ new technologies incorrectly, or put too much faith in innovations that aren’t yet fully understood, and failure — even catastrophic failure — is possible.

“In my job, I’m concerned with big, valuable brands,” McColl said. “I don’t want to see them destroyed because I jumped in too quickly with technologies that weren’t proven…. You look at the things that have been built, from the great pyramids to the wonderful Sydney Opera House, and there’s a massive difference in technology. But the laws of physics have not changed. Engineers and architects still contend with the same laws of nature, and we as marketers need to understand [this] as we apply technology to the laws of marketing.”

Of course, there’s a catch in that statement, McColl says: In marketing, there are no hard-and-fast laws of physics, especially now, as social media opens up vast new possibilities and poses enormously difficult new challenges. There is only the bottom line, which is what marketers must constantly keep in mind as they work to craft smart, modern marketing campaigns that may or may not rely heavily on social media or other new technologies to meet their sales targets.

While McColl joked that he has not always enjoyed success during his long and accomplished career — “It’s unlikely that any marketer can destroy a brand like those engineers destroyed that bridge, but Lord knows I’ve tried” – recently his Mars team hit a marketing home run. The successful campaign they launched in conjunction with the 2010 Super Bowl was a smart mix of new-age social media savvy and tried-and-true marketing methods, all powered by the company’s risky decision to use an elderly actress, long out of the public eye, to form the center of their campaign.

In the Super Bowl ad that kick-started what would prove to be a long-running profitable campaign, actress Betty White was shown playing football with a bunch of young men. White goes out for a pass, drops the ball and gets knocked flat. She returns to the huddle and is told by her teammate that she was playing like, well, Betty White.

Then White eats a Snickers bar, transforms back into who she actually is — a young man who just happened to be suffering form a lack of energy — and returns to the field, rejuvenated. The ad was funny, smart and modern. By the time the Super Bowl ad reviews were in the next morning, the Snickers ad was seen by many as the single most popular of the evening. Viewers loved the concept, the offbeat approach and, perhaps above all, White’s willingness to play along with the joke.

But McColl and his team never intended the Super Bowl ad to be a standalone piece, but rather the first step of a three-month campaign — one that would help them reach the 270 million people worldwide who have eaten a Snickers bar at least once in their life, as well as the 70 million who do so regularly, in order to keep their brand prominent and “top of mind.”

While the initial buzz about the ad kept Snickers in the news for a few days, the full impact of the campaign would be revealed in the months to come. A few weeks after Super Bowl Sunday, White ended up on Saturday Night Live, followed by appearances on Larry King Live and Oprah. Because of a 30-second ad and a good sense of humor, White was back. But Snickers — and Mars — may have been the bigger winner.

In total, McColl said, the White campaign generated a stunning 350 million media impressions. More importantly, those hits actually translated into sales: Revenues in the wake of the campaign shot up by double digits. “We found a way to do a campaign that could get amplified by the mass media,” McColl said. “It was a very interesting year.”

Even in the wake of that success, however, and even though he and his Mars colleagues know that social media did play a massive role in the campaign’s meteoric rise, McColl admits that it’s been difficult to figure out exactly how Facebook and Twitter influenced the sales jump, and why this campaign, unlike others, lit such a fire under social media users.

It’s easy enough to stand back and say that social media helped, McColl concluded. It’s not so easy, however, to figure out why it helped — and what lessons can be gleaned from a campaign that seemed to surprise even McColl with its results.

In other words, the laws of physics in social media marketing remain unknown, and likely will for some time to come.

“When you try to connect social media to all of this, unfortunately it’s like lightning in a bottle,” he said. “And these are just some of the factors we have to run through when we look at these new technologies. As mass marketers, we need to go out there and reach hundreds of millions of people, but we need to understand how these new technologies can help us achieve that. That’s the core that we’re talking about as we transform our growth agenda.”