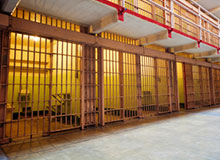 Social impact bonds (SIBs) — a promising new financial instrument designed to address social problems — face a number of obstacles, even as government leaders in the U.S. are ready to give them a try.

SIBs take money raised from outside investors to fund social programs — such as drives to decrease the number of homeless people — and generate a return only if the program is successful. While SIBs will soon be offered in New York and Massachusetts, they could be a hard sell, for several reasons.

Identifying what types of programs are suitable for a SIB structure and figuring out exactly how to measure the success of those social programs are challenging issues. In addition, SIBs bring with them higher costs — expenses that include paying a third party to evaluate results, for example — when compared to simply delivering the services directly.

Yet despite such hurdles, Wharton management professor Keith Weigelt says social impact bonds have tremendous potential. “If social investment is going to grow, you have to tie it to performance,” says Weigelt, adding that social impact bonds could alter how non-profits function. “Non-profits are very inefficient,” he notes. SIBs “bring market discipline” to the sector.

The first significant trial of social impact bonds, also known as “pay for success bonds,” came in the United Kingdom. In 2010, the non-profit advisory organization Social Finance, Ltd. and the U.K. Ministry of Justice signed a SIB contract aimed at reducing recidivism among inmates at Peterborough prison in Cambridgeshire, England, which houses both male and female inmates. About 60% of those serving relatively short prison sentences commit at least one offense within a year of release.

Seventeen investors, including the Rockefeller Foundation, provided five million pounds to fund a set of non-profit organizations to deliver several services to inmates and their families that would help discourage repeat criminal activity and a return to prison. The investors will get their investment back if the program cuts the recidivism rate by 7.5%. If the reduction is greater than that, investors earn a return linked to that performance — with the total return capped at 13%. That return is based on the amount of money the government will save, thanks to the reduced rate of repeat offenders.

While it is too early to judge the results of the Peterborough program, government leaders in the U.S. are already jumping on the SIB bandwagon. In Massachusetts, work is under way to use SIBs to address recidivism rates among young people as well as the chronically homeless. And in New York City, Goldman Sachs is putting up $9.6 million for a SIB aimed at reducing recidivism rates among young inmates at Rikers Island prison.

While the structure of some SIBs puts investor principal at risk — if the program fails, those investors not only do not earn a return, but also can lose all the money they put up for the program — the New York City initiative is different. Mayor Michael Bloomberg’s personal foundation will repay the bulk of the $9.6 million if the program under-delivers.

Whatever the structure, say SIB proponents, Goldman Sachs’ role in the New York City deal is significant. “The ability to scale these projects, the ability to successfully use these bonds [to address] different social issues remains to be seen,” says Kristin Giantris, vice president of Nonprofit Finance Fund, a community development financial institution based in New York City. “But we shouldn’t underestimate the fact that a commercial investor came into this first [U.S.] deal. This could leapfrog us forward.”

A Capital Market for Social Programs

With the SIB market in its infancy, it is difficult to project just how large the sector may become. Yet it is already clear that the approach is particularly well suited for specific populations, including prison inmates and the homeless. According to a recent report by consulting firm McKinsey titled, From Potential to Action: Bringing Social Impact Bonds to the US, government spending on homelessness in the U.S. is estimated at between $6 billion to $7 billion, with about 110,000 people falling into the category of chronic homeless. Meanwhile, on the corrections side, there are 50,000 incarcerated youth who are non-violent offenders and 1.6 million incarcerated adults with mental disorders or substance abuse problems — two large groups that could be addressed with the preventative programs funded by SIBs.

According to Wharton legal studies and business ethics professor Nien-he Hsieh, what is novel about the social impact bond push is the drive to develop a capital market to fund social programs. This market, Hsieh says, could provide critical funding to “scale up programs that might not have been scaled before.” In addition, he notes, “maybe the government will be more likely to look for new approaches because the financial risk is being borne, in part, by the markets.”

It is easy to see why social impact bonds are drawing the attention of government leaders. For one thing, state and local government budgets — the source of funding for many social programs — remain under pressure. While state tax collections are recovering from the hit of the recent recession, total state tax revenues adjusted for inflation for the first quarter of 2012 are still down 1.6% compared to the same quarter in 2008, according to the Nelson A. Rockefeller Institute of Government. And as of the first quarter of 2012, local tax revenue had actually fallen in real terms, by 1.8% over the previous 12 months.

SIBs not only provide new sources of up-front capital for programs, but they are a way for the government to ensure it is getting real bang for its buck. “Government spending streams are largely directed toward programs that have no evidence of impact, while at the same time there are programs with evidence of impact that are underscaled,” says George Overholser, CEO of Third Sector Capital Partners, a financial advisory firm based in Cambridge, Mass., that is assisting in the development of the youth recidivism initiative in Massachusetts. “This prompts a reevaluation of government outlays away from programs that don’t work and toward programs that do.”

Adding even more momentum to these pay for performance bonds is the surge in interest in impact investing — i.e., investing to create a social or environmental benefit while also generating a return. According to a survey focused on high net worth individuals released in May 2010 by San Francisco-based Hope Consulting, about 50% of those surveyed were interested in impact investing, pointing to a potential market of $120 billion. “There is a bigger focus on social impact investing,” says Wharton’s Weigelt. “But if social investing is going to grow, you have to tie it to performance. [SIBs] will help social investors get more involved.”

Katherina Rosqueta, founding executive director of the University of Pennsylvania’s Center for High Impact Philanthropy, says SIBs are part of an overall trend for organizations and individuals demanding more measurement of how their investments in, or donations to, programs are actually performing. “We live in an information-rich age, so there is more access to information on what is being done and what works,” Rosqueta says. “The economic environment has put pressure on all of us to understand how you get results with what will always be limited funds.”

Certainly there are plenty of issues that could derail the growth in SIBs. For one thing, not all social programs lend themselves to the SIB approach. Weigelt says SIBs are best suited for programs where results can be evaluated in a couple of years. “In this embryonic stage, you are best off focusing on programs where you can assess results in the short term,” Weigelt suggests. “If you need to wait 10 years to see if the goal was hit, that is not a good project for a SIB.”

And high profile SIB failures could derail the sector’s growth. “To realize the potential [of social impact bonds], the early deals must not be one-off transactions that risk discrediting the model, but strong instruments that lay the groundwork for a robust market,” says Rebecca Leventhal, an associate at Social Finance, Inc., a Boston-based non-profit and sister organization to Social Finance, Ltd. “Hopefully, over time, as investors become more comfortable with the instrument, other application areas — perhaps with a longer time frame to deliver results or a less developed evidence base — will be options for Social Impact Bond funding.”

Compounding that challenge is the fact that SIBs do come with additional costs. Those costs include advisors who help governments structure a SIB along with independent evaluators who will assess whether the program hit the agreed-upon targets. The McKinsey report notes that these additional expenses mean “SIBs are an expensive way to finance the scaling up of preventative programs. A SIBs ‘premium’ is justified if conventional options aren’t working, or if the SIB helps government, philanthropy and other social sector actors align their priorities and play their roles more effectively and efficiently.”

At the same time, there will be challenges in determining how well programs are working. With homelessness or prison programs, it is fairly straight forward to track whether the desired outcomes are being achieved. But with other social services the measurement of success may be more nebulous.

“You can track someone who is incarcerated and see if [he or she is] re-incarcerated,” says Rosqueta of the Center for High Impact Philanthropy. “But think about issues like improving teacher quality or reducing hunger or addressing mental illness. People aren’t yet clear in some cases what they ought to be tracking. What does success look like? And even when there is a common understanding of success, measuring whether or not it happened can be logistically tough.” Wharton’s Hsieh seconds her point, noting that “making connections between what we as a society care about and what we measure in terms of the bond can be tricky.”

Hsieh also notes that the market will need to develop some level of standardization around the bonds. “We will need a set of metrics and data, so that investors can compare returns” for one deal versus another, he says. “Right now, there isn’t a standard way of doing that.” This may be slower to develop than some might like because the deals are likely to be tailored to the needs of a particular government and its local problem. “The decisions and the structures are being driven at the city, county and state level,” says the Nonprofit Finance Fund’s Giantris. “This will bubble up from the local level so that we will end up with a lot of different models.”

Regardless of the challenges, proponents of SIBs see great promise in the new tool. And they have government partners hungry for ways to do more with less. “Our phone is ringing off the hook,” says Third Sector Capital Partners’ Overholser. “The fiscal crisis is making government officials willing to try things they might not otherwise.”