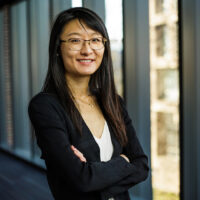 Retail investors who feel overwhelmed by convoluted language in mutual fund prospectuses now have regulators watching their backs. In August 2020, the Securities and Exchange Commission (SEC) published a proposed rule aimed at greater transparency and lucidity in mutual fund disclosures.

They also have new academic research to help filter out the funds that might work best for them. It turns out that funds tend to obfuscate high fees with unnecessary complexity in their disclosures, according to a new paper, titled “Obfuscation in Mutual Funds.” The research is “particularly timely” in the context of the SEC proposal, said Wharton accounting professor Christina Zhu, a co-author of the paper. The other authors are Ed deHaan and Yang Song, professors at the University of Washington’s Foster School of Business, and Chloe Xie, a professor at MIT.

The scrutiny on clarity in fund disclosures and fees has been gathering momentum for a while, and the stakes are indeed high. More than 8,000 mutual funds holding $18.7 trillion in assets were traded on U.S. exchanges during 2017, the paper noted. “Mutual funds hold 31% of the U.S. equity market and comprise 61% of retirement savings, yet retail investors consistently make poor choices when selecting funds,” the researchers write. Their study builds on earlier theories which suggest that “poor choices are partially due to mutual fund managers creating unnecessarily complex disclosures to keep investors uninformed and obfuscate poor performance.”

The paper by Zhu and her co-authors covered 38 mutual funds between 1994 and 2017, or 458 fund years, as studied on two aspects. The first is “narrative complexity,” which is “to use unnecessarily bad writing to make disclosures less readable.” The second is “structural complexity,” which creates “complex intra-fund structures that make it hard for investors to use disclosures to compare funds and identify the fees they must pay.”

The study focused on S&P 500 index funds because they have “largely homogenous characteristics such as gross investment returns, risks and regulations.” Zhu said her study is “the first evidence that I’ve seen on disclosure and fee structure obfuscation in S&P 500 index funds.”

“Try to actually find the exact fees that you would pay. Do not assume that all of the identical products are going to cost the same.” –Christina Zhu

The study produced three main findings on the obfuscation of disclosures by mutual funds. First, it provided new evidence that managers manipulate narrative complexity to obfuscate weak performance. Second, it showed that fund managers do have discretion in determining the level of structural complexity. “It seems plausible that corporate managers manipulate structural complexity to obfuscate unfavorable information,” the paper noted. Third, it established a link between obfuscation in a fund’s prospectus and poor performance: “A manager may shirk and obfuscate the impact on performance via unclear disclosures.”

In order to determine the degree of narrative complexity, the study uses two measures previously used — “Length” and “Words Per Sentence” — and two bespoke metrics — “Funds in Filing” and “Repetition.” While the first two measures are self-explanatory, “Funds in Filing” refers to the number of unique funds included in a single prospectus, and “Repetition” measures the degree to which the summary section in the prospectus exactly repeats language in the details section.

The SEC has made it clear earlier that in the “summary” section, fund managers should avoid repeating information elsewhere in the prospectus, but actually summarize that for investors, Zhu said. More generally, it has pushed its “plain English rule” since 1998 for issuers of securities.

High-fee funds have greater structural complexity and greater narrative complexity, Zhu said her study found. For instance, it compared the 2019 funds of Schwab and Deutsche to buttress that finding. While both funds have the same objective of tracking the S&P 500, Schwab uses 14 words to describe its objective (“The fund’s goal is to track the total return of the S&P 500 Index”), while Deutsche uses 60 words to convey the same information. The Schwab fund has one class and one annual fee of 2 basis points (a $2 fee for a $10,000 investment), while the Deutsche fund has multiple fees across five different classes that can be up to 508 basis points. Despite those variations, both funds earned “nearly identical pre-expense returns” of about 31%, the paper pointed out.

Vanguard and Fidelity, which are among the largest mutual funds, have relatively low fees for their S&P 500 funds, and fall in the lowest 25% of the study’s sample, said Zhu. They also have “low structural and narrative complexity” in their prospectuses, she added. “On the other hand, Deutsche has very high fees and high complexity for its S&P 500 fund.”

Companies like Schwab, Fidelity and Vanguard sell and operate various funds. A fund may have multiple share classes with varying fees, but they share the same asset pool and therefore have the same gross returns and risks, the paper noted. Most funds charge an annual management fee, and others may include marketing, service and maintenance fees. Some charge one-time fees when investors buy shares in their fund (front loads) or when they sell those shares (rear loads).

Front loads are especially controversial. Some 30% of funds charge a front load, which means investors have to pay those fees up front. “That’s a big deal because investors don’t realize what those fees mean,” said Zhu. “For S&P 500 index funds, it’s unreasonable to think that you would need to pay a broker to market the index fund to someone.” She pointed out that an SEC study showed that American investors lack basic financial literacy.

“Many investors don’t understand what these different fees mean and what the impact of the fees are to their wealth.” –Christina Zhu

Among the most controversial are the marketing fees that mutual funds charge their investors — also known as 12b-1 fees for the SEC rule governing them. They have attracted much regulatory scrutiny in recent years. “Marketing efforts are likely to be more effective when complex disclosures inhibit investors’ independent research,” the researchers wrote in their paper. “Fund managers manipulate narrative and structural complexity as part of an obfuscation strategy.”

The takeaway for retail investors in selecting their fund is to look at both the expense ratios and the additional fees, said Zhu. Investors may get worn down by funds “making it difficult by perhaps hiding the information in multi-fund prospectuses,” she added. Her advice to retail investors: “If you get overwhelmed try not to just throw your hands up and just pick the first fund that you see. Try to dig deeper. It might be more frustrating, but try to actually find the exact fees that you would pay. Do not assume that all of the identical products are going to cost the same.”

Zhu acknowledged that many of the fees may be legitimate, and that regulators need a nuanced approach. “Rather than stopping short of regulating the different fee structures, regulators need to weigh the costs and benefits of allowing and not allowing certain things,” she said. “If they allow these very complex fees, then there needs to be some sort of investor education or transparent disclosure so that an investor knows exactly how much he or she is paying up front for these funds.”

The SEC’s latest move is its response to comments it received in 2018 from retail investors on their experience with fund disclosures. The proposed rule encourages funds to “modernize” fund disclosures and reports by using graphic or text features such as tables, bullet lists and question-and-answer formats “to promote effective communication.” The proposal is now in a 60-day public comment period.

Zhu said she and her co-authors plan to send in a comment pointing out that their study “agrees with the concerns outlined in the proposed rule and actually provides evidence in support.” They also agree that improved disclosures are an important step in helping investors understand mutual fund fees, she added.

Further, the researchers want to ask the SEC to consider stricter regulations on fee structures, such as different share classes, “loads” or commissions, and the so-called 12b-1 or marketing fees, Zhu said. Alternatively, the SEC could ask funds to be transparent about the total fees investors would have to pay, she added. “Many investors don’t understand what these different fees mean and what the impact of the fees are to their wealth.”