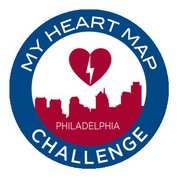 When someone goes into cardiac arrest, a number of different factors figure into his or her chances of staying alive. Doctors call it the chain of survival. Along with dialing 911 and administering CPR, an important link in that sequence is the use of an automated external defibrillator or AED, which restores the patient’s heart to a normal rhythm.

AEDs are easy to use — even children can be taught to operate one. But they are often hard to find. Unlike other medical devices such as pacemakers or artificial joints, there is no method for tracking where AEDs are located and when they are used. In many cases, a business may have an AED, but patrons and employees might be unaware of it, or of where it is located.

A new effort being launched by researchers from the University of Pennsylvania aims to tap into the power of crowd sourcing to create a mobile app linking the locations of all the public AEDs in Philadelphia to a person’s GPS coordinates. At the same time, they are studying the most effective ways to employ crowd sourcing as a means of furthering research.

“Our challenge as researchers is how do we improve people’s chances, or give them the opportunity to survive cardiac arrest, by improving access to these devices,” says Raina Merchant, a professor of emergency medicine at Penn’s Perelman School of Medicine. “To do that, you really have to know where they are. One approach for finding them is to hire a team of research assistants to go door to door and look and build a map. But that takes a lot of time, and the information becomes very static.”

That method can also become very expensive, notes Wharton operations and information management professor Shawndra Hill. “Basically, we’re talking about the idea of divide and conquer to the nth degree, where ‘n’ is the number of people willing to participate,” she says. “Oftentimes, people are willing to participate … at a lower cost than it would cost the researchers to participate themselves. You also get scale because so many more people are participating. And if you incentivize people correctly, you can do things faster just because there are more people.” She points to Amazon Mechanical Turk, a division of Amazon Web Services, as an example of this. The site recruits people to complete simple tasks, such as writing product descriptions or labeling documents, for relatively low fees.

Dubbed the MyHeartMap Challenge, the Penn contest is scheduled to launch January 31 and run until March 13. Contest participants will use a free app that can be installed on their mobile phones to take pictures of AED devices in public places in Philadelphia. They then send the pictures to the Penn research team through the app or via the project’s web site. Eventually, the researchers would like to expand the project to create a nationwide, crowd sourced AED registry. “In today’s networked society, it makes a lot more sense to actually use social media and social networking to collect this data, and engage the public as citizen scientists,” Merchant notes. “We thought we could probably get much better data by, for example, having people who work at a Starbucks or who are headed into the coffee shop, or the place where they work, take a picture [of the AEDs that they see]. It raises their situational awareness about their environment, and it helps us build a map so that somebody else could use that information.”

If a sufficient number of unique AEDs are identified, the person or team that finds the most devices during the MyHeartMap Challenge will be awarded $10,000. Organizers have also singled out several pre-identified “golden ticket” AEDs around the city that will net $50 for the first person to send in pictures of them. Participants are encouraged to leverage their social networks to help in the challenge, meaning the winner could turn out not to be the person who physically hits the streets to find AEDs, but the one who designs the most creative way to motivate friends and other contacts to do so. “At least one international team from outside Philadelphia is putting together a pretty sophisticated method for locating AEDs,” Merchant says. “We’re hoping a lot of different teams from across the U.S. and outside the U.S. want to [participate.]”

Structuring the contest and choosing the reward was a key part of the project: Not only do the researchers want to interest enough individuals and teams to create a comprehensive map, but they also want to find out what types of rewards incentivize crowd sourcing participants to deliver the most — and the most accurate — data. “Crowd sourcing is increasingly being used in public health, in disasters and emergency preparedness and in planning large events, with people quickly submitting information about what’s happening in those contexts,” Merchant notes. “But we need more data on how we validate the information that we get from the crowd, and how we understand what crowds are best able to answer and when that information is actually accurate.”

The Philadelphia project is meant to be a pilot that would later be expanded to other cities and other parts of the country. Organizers plan to use what they learn from the first MyHeartMap Challenge to design future contests. “We’re excited about the competition for two reasons,” Hill says. “To learn about crowd sourcing and because this particular application has the potential to provide information that could save lives.”

To learn more about the MyHeartMap Challenge, visit the project’s website: http://www.myheartmap.org.