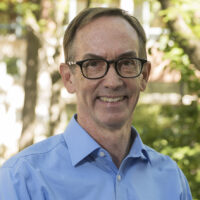 The term “force majeure” that is usually part of the fine print in legal documents seems to loom large these days for tobacco firm Reynolds American. Just days after the maker of Camel cigarettes announced that it will pay $27.4 billion in stock and cash for competitor Lorillard, best known for its Newport menthol brand, a Florida jury ruled on July 19 that Reynolds American subsidiary R.J. Reynolds (RJR) must pay $23.6 billion in damages to the widow of a lung cancer victim. Reynolds plans to contest the ruling, but the case is a stark reminder that public opinion surrounding the ill effects of smoking might eventually have a significant impact on the industry. Consider this: Reynolds would need 30 years’ worth of the annual savings of $800 million that it expects from the Lorillard merger to cover the jury award, if it is upheld.

Even so, Winston-Salem, N.C.-based Reynolds was bolstered on Tuesday when it reported increased profitability in this year’s second-quarter results. Sales for the quarter of $2.16 billion were slightly lower than those a year ago, but net profit rose 6.7% to $492 million in the latest quarter. The company also reported modest market share gains for all its top brands including Camel and Pall Mall.

As it happens, market share will be a contentious issue for Reynolds as health and antitrust regulators evaluate its Lorillard merger proposal. The combined Reynolds-Lorillard will control 42% of the U.S. market, which would make it the second-largest industry player after Marlboro brand owner Altria of Richmond, Va., which accounts for half the market – creating a duopoly with two companies controlling more than 90% of the sector. Wharton professors Lawrence G. Hrebiniak, Mark V. Pauly and Joseph Harrington find that competitive structure worrisome, but say the bigger concern is curbing tobacco use. Although their ranks have declined in recent years, some 42 million American still smoke. Some 480,000 people die of smoking every year in the U.S. Tobacco companies spend $23 million every day on cigarette advertising and promotion, according to 2011 statistics by the Centers for Disease Control and Prevention.

A Duopoly on the Horizon

Hrebiniak, an emeritus professor of management at Wharton, expects Reynolds and Lorillard to make a strong case to defend the duopoly they want to create. “They are going to say the duopoly actually increases competition at the top, because it will give stronger competition to Altria, the industry leader.” He predicts that the firms will also point out that the deal will lift U.K.-based Imperial Tobacco’s U.S. market share from 3% to 10%: In anticipation of antitrust concerns, the Reynolds deal includes a sale of the Winston, Kool, Salem and Maverick brands to Imperial Tobacco for $7.1 billion. In the same deal, British American Tobacco will pay Reynolds $4.7 billion to retain its 42% equity share in the company.

“They’re going to make a lot of noise, and talk about health concerns and competition. Even if they scream against the duopoly, they are going to let it pass.” –Lawrence G. Hrebiniak

According to Hrebiniak, a duopoly in the tobacco industry will not alarm the government. In 1998, the government essentially created a situation in which a small number of firms controlled the sector, he notes, pointing to that year’s Tobacco Master Settlement Agreement. Under that pact, tobacco companies secured protection from lawsuits by 46 states related to tobacco health care costs. In exchange, they agreed to pay the states at least $206 billion over the first 25 years to cover the health care costs of caring for people with smoking-related ailments, cease certain tobacco marketing practices, and launch smoking cessation programs, among other measures. Critics have claimed that the terms of the settlement made it difficult for smaller growers to compete against the larger firms, and that a big opportunity to crack down more strongly on smoking had been lost.

This time around, too, Hrebiniak suggests that the government will go easy on the industry and approve the merger. “They’re going to make a lot of noise, and talk about health concerns and competition. [However,] even if they scream against the duopoly, they are going to let it pass.”

Antitrust regulators rarely approve mergers that result in near duopolies, according to Harrington, a Wharton professor of business economics and public policy whose research areas include collusion and cartels. “Approval requires that a merger not harm consumers, but the market power effects of a merger that effectively reduces the number of competitors from three to two are generally thought to be substantial,” he says. “The market power effects could be particularly acute here because there is the possibility of coordinated effects; that is, as a result of the merger, the two dominant firms attempt to achieve an understanding not to compete too aggressively. The risk of coordinated effects is significantly greater when there are only two firms.”

Harrington points to the effects of mergers in the airline industry. “Amid reduced competition and higher prices in the airline market [some of which is due to recent mergers], I was shocked that the U.S. Department of Justice (DOJ) approved the US Airways-American Airlines merger,” he notes. “The case for it benefitting consumers is weak, while there is significant concern that the rise in market power will lead to yet higher prices.” The $17 billion merger was approved in late 2013 after the settlement of a lawsuit by DOJ and seven states, and the two airlines are now in the process of integrating their operations.

Harrington warns that the Reynolds-Lorillard merger could set a wrong precedent. The DOJ’s antitrust division does impose conditions on mergers to reduce — but not eliminate — detrimental effects. However, “the proposed RJR-Lorillard merger pushes the boundary even more. To allow a merger that takes an industry from three to two firms could induce similar concentration-enhancing mergers in many other markets.”

In some cases, mergers can result in either lower prices (if there are merger-induced cost savings) or an expansion in the number products made available to consumers, Harrington notes. “None of that is likely to be relevant with a merger between RJR and Lorillard. Consumers already have a large variety of brands from which to choose, and it is more likely that the merger would reduce the number of brands offered.”

“The market power effects could be particularly acute here because there is the possibility of coordinated effects.” –Joseph Harrington

However, the standard measurement of what is good and bad in M&A becomes complicated when the product is tobacco. “If this were a classic monopoly/antitrust issue where the only consequence of a merger was a higher selling price, that would be good for public health because, at a higher price, fewer people would smoke,” says Pauly, a Wharton professor of health care management.

The usual argument for antitrust is that low prices are good for consumers, but that is only true if the item being sold is beneficial to the buyer, Pauly notes. “While there would be financial harm to smokers from a merger that raised prices, they would be healthier if not wealthier.” If the combined entity achieves lower production costs or “engages in more effective selling,” it will increase not just profits but also tobacco use, which would be “bad for health.” In order to mitigate those effects, Pauly suggests that antitrust regulators could require Reynolds-Lorillard to undertake public health programs, such as anti-smoking campaigns for young people, as part of a deal to approve the merger.

The Lure of Taxes

Hrebiniak points out that another incentive for the government to go soft on tobacco mergers is the tax revenues from cigarettes. “It’s sad to say, but money talks.” Cigarette excise duties average $3.50 a pack, incorporating federal and state taxes, and are levied before sale and added to retail prices.

However, because cigarette taxes are not calculated as a percentage of sales but rather a flat rate, “the more the companies can collect in price [because of a merger], the less the government can skim off in taxes,” Pauly notes. “That kind of arm wrestling would be a reason for the government to give a hard time to the merger. A government interested in maximizing tax collections might want to oppose a merger.” Raising taxes is not necessarily the answer, either, Pauly adds. “Governments may be reluctant to push sin taxes so far that they discourage unhealthy behavior so much as to result in no sales and no taxes.”

Harrington agrees that taxes would be negatively impacted. “A merger would, if anything, lower tax revenue,” he notes. “Cigarette taxes are per pack, and thus tax revenue will be negatively affected if consumption goes down. If the merger raises prices and thereby reduces the number of packs sold, then tax revenue would actually decline as a result of the merger.”

The primary purpose of the federal tax on tobacco is not to raise revenue but rather to reduce smoking, Harrington adds. Therefore, tax revenue issues will likely not influence the government in deciding whether or not to approve the Reynolds-Lorillard merger, he suggests.

Meanwhile, Harrington says Reynolds could get knocked on several fronts by the Florida jury award, even as it plans to appeal the ruling. The jury granted of $23.6 billion in damages to Cynthia Robinson, whose husband, Michael Johnson, died 14 years ago from lung cancer caused by smoking.

“While there would be financial harm to smokers from a merger that raised prices, they would be healthier if not wealthier.” –Mark V. Pauly

“If RJR was looking to acquire Lorillard through some sort of financing, then the cost of capital it faces should rise because of this newly found liability,” Harrington notes. Reynolds’ share price dropped 62 cents in three trading sessions following the judgment. “Overall, this jury judgment can only make it more expensive for RJR to either acquire Lorillard or merge with it.”

The Florida ruling against Reynolds could have wider ramifications across other industries, Harrington adds. “The risk of future judgments of this sort would argue for making [M&A deals with] companies that are not subject to such a risk.” The jury award would also make the acquisition of another tobacco manufacturer less attractive, he notes.

All things considered, did Reynolds make the right call in its Lorillard bid? Judged purely on business merit, the deal is a “sound strategy,” says Hrebiniak. He points to the anticipated annual cost savings of $800 million, and the increased size of the combined company’s annual revenues ($11 billion) and operating income ($5 billion).

Hrebiniak also notes that the Lorillard purchase is well-timed. An “M&A mania” is currently moving across many industries such as pharmaceuticals and media. Fueling that frenzy is an environment where “tons of money is available” at low interest rates, he says. “Companies might look to move really fast [with M&A deals] before the rates go up in the next six months or so.”

All the same, Hrebiniak doesn’t think a duopoly and reduced competition in the tobacco industry will impact smoking rates either way. “Regardless of industry structure, people are smoking and will continue smoking,” he says. “It is not the power of the companies alone that is causing the health concerns. It is a habit; people are addicted to it.”