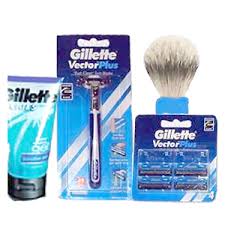 When India’s stock market regulator — the Securities & Exchange Board of India (SEBI) — decided to raise the minimum public holding in non-government listed companies to 25%, some attempts to evade the edict were expected. Multinationals like Coca-Cola and PepsiCo had avoided getting listed in the first place, so it was anticipated that others were sure to seek more control over their local subsidiaries. SEBI’s reasoning was that a minimum public holding would satisfy corporate governance norms. Many multinationals, a number of which were forced to divest as a result of the Foreign Exchange Regulation Act of 1973, preferred a holding of 75%-plus as it allowed them greater freedom in running their subsidiaries.

The fallout has been varied. Assuming that there would be no tinkering with the 25% norm, some firms made open offers to hike their shareholding. Hindustan Unilever Ltd (HUL) proposed to spend $4.85 billion to lay shareholders but could reach a stake of around 68%. According to SEBI, it approved 16 offers in the April-May 2013 period (which does not include Hindustan Unilever.)

The SEBI rule has impacted domestic companies, too. At information technology firm Wipro, chairman Azim Premji and his family held close to 80% of the equity. Premji transferred 61 million equity shares — valued at about $350 million — to Pioneer Independent Trust, which is controlled by public financial institutions. Premji’s stake has now come down to 74.99%. In June, SEBI took action against 105 companies for violating the norms. The list included Adani Ports, Tata Teleservices and German health care firm Fresenius Kabi.

Still ongoing is the saga of Gillette India. A subsidiary of Procter & Gamble (P&G), Gillette appealed to the Securities Appellate Tribunal (SAT) against the SEBI norms. P&G owns a 75.9% stake in Gillette India, while Kolkata-based Saroj Poddar and his associates have 12.9%. P&G says that Poddar will reduce his holding to 8.9%, after which he will cease to be a promoter. P&G will itself sell 4.9% to come within the 75% limit.

But SAT doesn’t agree with the numbers. It also points out that P&G has been resisting the dilution for three years. In a ruling dated July 3, SAT said that “the appellant should have behaved like a proactive and responsible entity by immediately putting its machinery into gear and doing everything possible to work in consonance with the law to protect the interests of the market.

“We fail to understand as to why [P&G] does not comply with the requirement by adopting a simple and straightforward approach, instead of adopting a contentious and circuitous method which is against the spirit of law,” SAT noted in the ruling.

With SAT having removed the interim relief granted to P&G on May 30, SEBI has swung into action. The watchdog has frozen P&G’s voting rights and corporate benefits, including dividends. Further penalties could follow, among them monetary charges and trading restrictions.