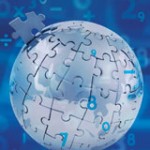 Everybody it seems — from banks to corporations involved in consumer or business-to-business goods and services – is looking toward key emerging markets and Asia as the strongest areas of economic growth in coming years. You can add private equity firms to that list, too.

For these specialized investors, the booming economies in Asia and the developing world offer attractive investment opportunities – from health care to wireless technology, says Glenn Hutchins, co-founder and co-CEO of Silver Lake, a global private equity investment firm. He made the comments at the 2011 Wharton Private Equity and Venture Capital Conference, where he also added technology as a more general category for private equity investors to target.

“If you can position yourself in a growing part of the U.S. and the global economy, there is a very bright future ahead of you,” said Hutchins, whose firm has $14 billion in assets and offices in New York, California, Europe and Asia.

Despite that bright outlook, the economic drag of the financial crisis continues to make the recovery far weaker than those that have typically followed downturns in the U.S. and other developed parts of the world, Hutchins said. “Usually, the deeper down you go the steeper you come back.” But this time, the “bounce back is anemic by contrast.” Hutchins is a former adviser to President Clinton on health care and economic policy. He also is chairman of SunGard Corp., a software and technology services provider, and a director of companies including telecommunications provider MCI and TD Ameritrade Holding Corp.

The notion that recessions caused by a financial crisis tend to be much deeper and longer than the average recession has been documented going back a couple of hundred years by Carmen M. Reinhart and Kenneth Rogoff in their book, This Time Is Different: Eight Centuries of Financial Folly.

Looking five years ahead, Hutchins predicted the global economy will expand through 2015, with most of the growth coming in Asia and other parts of the developing world. Silver Lake is gearing up for this, he said. Employees are told, “You may not like the food. You may not like the jet lag. You may not like missing your kid’s soccer game, but you’ve got to go” to the emerging markets, particularly Asia. “Not only that, but we’re going to move you there.”

To read the full Knowledge at Wharton article about Hutchins’ views on the future of private equity and the global economy, see this article from the soon-to-be published, 2011 Wharton Private Equity Review: Battling Headwinds: Private Equity’s ‘Bright Future’ in Technology and Developing Economies.

And here is Knowledge at Wharton’s recent article on the economic outlook: The Economy: When Will Happy Days Be Here Again?