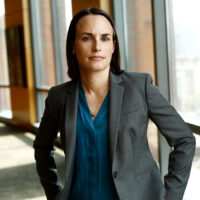 Risk appetites have increased among U.S. banks that dispensed money to pandemic-hit small businesses under the government’s Paycheck Protection Program (PPP), according to a new research paper by experts at Wharton and elsewhere. “The extent of banks’ PPP participation is associated with relatively greater risk-taking outside of the program,” the paper’s authors noted.

The higher risk-taking was concentrated among banks that are yet to adopt more exacting loan loss provisioning requirements under the Current Expected Credit Loss (CECL) model. The Financial Accounting Standards Board finalized the new standard in November 2019 for phased adoption in the subsequent years.

Banks worked with the U.S. Small Business Administration (SBA) to identify PPP beneficiaries and process loans but were not required to make loss provisions. This enlarged the loan portfolios of banks without a corresponding increase in their loan loss provisions. The first round of the program was in force between April and August 2020; at last count, PPP loans totaled $793 billion.

“PPP participation gave banks a little more slack in terms of their financial statement ratios related to risk so that they could potentially take on more risk in the other, non-PPP part of their portfolio,” said Wharton accounting professor Allison K. Nicoletti, who coauthored the paper with Hailey B. Ballew and Sarah B. Stuber, both accounting professors at Rice University and A&M University, respectively.

The authors studied bank financial statements in the second and third quarters of 2020 that immediately followed the rollout of the PPP. In their sample of 3,074 banks, 232 banks had adopted the CECL provisioning standard during their sample period.

The design of the study incorporated aspects such as COVID-driven changes in loan demand or deteriorations in banks’ existing loan portfolios; changes in the local lending environments that similarly affected all banks; and bank-level characteristics such as their pre-existing risk-taking behavior. It used risk-weighted assets as the primary measure to capture risk-taking instead of other indicators such as non-performing loans, because they typically take longer than two quarters to manifest.

With that framework for their study, the authors found “a positive relationship between the extent of PPP participation and changes in risk-weighted assets.” They also ran their sample through other measures of bank risk-taking and considered changes in past-due loans, which helped them ensure that their findings are not driven by banks’ pre-existing risk preferences or deterioration of banks’ pre-PPP loan portfolios.

“Based on what we have seen in our paper as well as in other studies, there’s something to be said for a bank manager’s perception of risk-bearing capacity when they have taken on additional risk-free loans,” Nicoletti said. “That gives them some room on the other side of their portfolio to maybe make riskier loans.”

Nicoletti clarified that the study did not find an absolute increase in risk; instead, the increases in risk-weighted assets were relative to the pandemic-era environment of constrained overall bank lending. “In general, banks became a bit more conservative and their risk-taking decreased during the pandemic,” she said. “There was a lot of economic uncertainty, but the PPP provided a moderating effect.”

Significantly, the study found relatively greater commercial real estate and mortgage lending at banks that participated in the PPP program. Of those two categories, “commercial real estate lending tends to be riskier and has among the highest rates of adverse scenarios,” said Nicoletti. She also pointed to the lessons learned from the subprime mortgage crisis that led to the 2007 financial crisis. Alongside, it also found a relative decrease in non-PPP commercial and industrial (C&I) loans.

“Our findings would apply to programs that have some element of government subsidy, to the extent that the banks aren’t on the hook for the risk.” –Allison K. Nicoletti

The findings are informative to policymakers in designing future stimulus programs, the paper noted. “Our findings would apply to programs that have some element of government subsidy, to the extent that the banks aren’t on the hook for the risk,” said Nicoletti. They also hold pointers for bank regulators as they monitor bank risk-taking, the paper noted.

Furthermore, the difference is telling in the degree of risk-taking between banks that had adopted the CECL model and those that had not adopted it. “[It provides] evidence that the timing of accounting standard adoption and the timeliness with which banks recognize loan losses can have real effects on bank risk-taking decisions,” the authors stated.

The CECL model requires banks to recognize estimated lifetime credit losses in their loan portfolios and is expected to result in timelier loan loss recognition, the paper noted. “CECL adoption may constrain bank risk-taking as managers are required to recognize loan risk upfront,” it added.

That observation is consistent with the study’s finding of “relatively greater risk-taking” among banks that had not adopted the CECL model before their PPP participation. “This finding corroborates our interpretation that timely loan loss recognition is a key mechanism explaining banks’ relatively constrained risk-taking,” the paper stated.

Finally, in selecting the PPP program as its context, the study builds on prior research that suggests heterogeneity in bank risk-taking responses based on the design of direct stimulus programs.

Nicoletti said she and her coauthors are not making the case that PPP-participating banks should not have taken on additional risks. “Whether increased risk-taking is a good thing or a bad thing is open for debate,” she said. “It could potentially be a good thing from the consumer perspective. It’s just a matter of banks taking on prudent risks.”