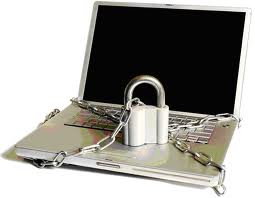 As the Wall Street Journal recently reported, Beijing-based Alibaba.com, China’s largest business-to-business online auction house, has just given marching orders to David Wei, the company’s CEO, and Elvis Lee, the chief operating officer. The reason, according to media reports, is that “an internal investigation found that more than 2,300 sellers on the e-commerce site committed fraud, sometimes with the help of Alibaba sales staff.” The news hit the headlines on February 21, when markets in the U.S. were closed for President’s Day. By Tuesday, February 22, Alibaba.com stock prices were down by 9% in Hong Kong, which dragged down the Hang Seng index. Yahoo, which owns 40% of Alibaba.com, also saw its stock price drop on Tuesday.

For the time being, order has been established by installing Jonathan Lu, CEO of the Alibaba Group’s retail site, Taobao.com, as Alibaba.com’s CEO. Media reports indicate, though, that the problem seems serious. According to a report in Time.com, Alibaba executives discovered during an internal investigation “an increase in fraud claims beginning in late 2009 against sellers designated as ‘gold suppliers,’ which means they had been vetted by an independent party as legitimate merchants. The investigation revealed that about 100 Alibaba.com sales people, out of a staff of 5,000, were responsible for letting fraudulent entities evade regular verification measures and establish online storefronts.”

Alibaba.com uncovered fraudulent transactions by 1,219 of the “gold suppliers” registered in 2009 and 1,107 of those in 2010. These accounted for some 1% of the total number of those years’ gold suppliers, according to the Time.com report, which added, “the vast majority of these storefronts were set up to intentionally defraud global buyers” by advertising consumer electronics at cheap prices with low minimum order requirements.

Wharton management professor Marshall Meyer, who has done a lot of research on Chinese companies, believes this episode will not have a major impact on e-commerce in China or other high-tech Chinese firms. “The adverse impact on Alibaba will be slight assuming that the scandal does not touch Alibaba Group chairman and CEO Jack Ma,” he says. Meyer adds that the Alibaba Group has a strong integrity and compliance statement; it assures investors that the company is “committed to the highest standards of business conduct,” among other things. “I think they mean it,” Meyer adds.

Reassuring words. Now, if only those pesky stock markets would listen….