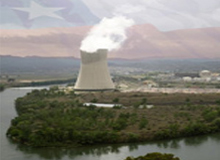 As disasters go, tsunamis have one advantage: they are over quickly. Once the wave washes out, the survivors are left in peace to cope with the devastation. But damage to a nuclear power plant denied even that small consolation to the residents of Fukushima, Japan, after they were struck on March 11 first by a 9.0 earthquake and then, more seriously, by a 10-meter high (33 feet) tsunami. Although more than three months have passed, the situation in the three reactors with the most damage at the Fukushima One nuclear plant remains “serious,” according to the International Atomic Energy Agency (IAEA).

By the numbers, the nuclear disaster is dwarfed by the tsunami, which killed more than 20,000 people along the northeastern coastline of Japan. So far, the release of radiation has not been linked to any fatalities—even the deaths of two workers at the plant are being blamed on the tsunami, and not radiation poisoning.

But for the Japanese, the only people in the world to have suffered from nuclear attacks, the incident has loomed large in the public consciousness. Globally, too, the ongoing drama at the plant has squeezed out news about the rest of the recovery, underscoring the deep unease many people still feel about nuclear power—though nuclear plants have been generating electricity for civilian purposes for more than 50 years, and globally produce16 percent of all electricity, according to the IAEA.

Politically, the incident comes at a bad time for industrial policymakers. Desperate for alternatives to fossil fuels, especially for power plants, many countries had been looking more closely at nuclear power as a potential source of energy. Caught between worries about the contribution of fossil fuel consumption to climate change and concerns that renewable energy supplies such as wind and solar can’t meet the world’s needs for electricity, nuclear has looked like an obvious way forward.

No longer. “Things were improving,” says Frigyes Reisch, a professor of nuclear power safety at the Royal Institute of Technology (KTH) in Stockholm. “I think nuclear power plants had become safer, but now there is a full stop.”

Will the Fukushima incident set nuclear power development back, as the two prior major accidents did, or will the urgency of the need for massive new sources of non-carbon-based energy trump public fears?

Editor’s note: Knowledge at Wharton collaborated with Paris Tech Review to produce a three-part series about the future of nuclear power in the wake of the Japan tragedy. Click here to read the rest of part one. Parts two and three will appear during the coming week.