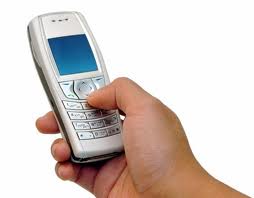 AT&T’s proposed $39 billion takeover of T-Mobile, the fourth largest wireless carrier in the U.S., has ignited a debate about whether concentration in mobile services will be good for American consumers. Should the merger go through, AT&T would become the country’s top wireless provider with almost 130 million mobile subscribers. (Verizon, with 94 million subscribers, would be No. 2 and Sprint, with 50 million, would be No. 3.) This prospect of the re-emergence of Ma Bell – broken up by federal decree in 1984 — has set the digerati all atwitter, literally.

AT&T executives justify the merger – and its hefty price tag – by pointing to the need for spectrum. To that argument, Kevin Werbach, a Wharton professor of legal studies and business ethics, responds: “This deal shows that in the wireless world, you can never be too rich, too thin, or have too much spectrum.”

As Werbach told the Wall Street Journal, “If the merger goes through, AT&T acquires T-Mobile’s licenses, minus anything it has to divest to satisfy antitrust review. The deal doesn’t put any more spectrum into wireless broadband overall. However, AT&T could use the combined spectrum more efficiently to improve its own service. It’s particularly valuable in markets such as New York and San Francisco where AT&T is very spectrum constrained today, and for the 4G rollout. And AT&T would have access to more cellular antenna towers, which are sometimes more of a bottleneck than the spectrum. On the other hand, the deal would reduce the number of wireless competitors, which is a serious concern.”

Gerald R. Faulhaber, a Wharton emeritus professor of business and public policy and former chief economist of the Federal Communications Commission, is also concerned about the deal. He says T-Mobile has always been an innovative company with a poor market presence. In many ways it is the weakest among the four national wireless carriers, he notes. While Faulhaber agrees that AT&T will gain spectrum through the merger, it is “not a substantial increase in capacity, and it looks like a very expensive way to get spectrum.”

Faulhaber’s principal concern with the AT&T-T-Mobile deal is that regulators are likely to shoot it down. “It reduces the wireless market from four providers to three. Even the Sprint-Nextel merger, which reduced the number of carriers from five to four, was iffy.” Faulhaber adds that he does not see what conditions the FCC could impose to make the merger work. “I don’t think the Justice Department will go for it,” he says. “If they view wireless as a national market, the odds of the merger going through are less than 25%.” If the Department of Justice considers local markets, though, “the odds would go up to 40% but its conditions would become stricter. The regulators might let the deal go through but only if AT&T were to agree to divest assets in places where the two companies are competitors. But if that were to happen, it would take all the gas out of the merger.”