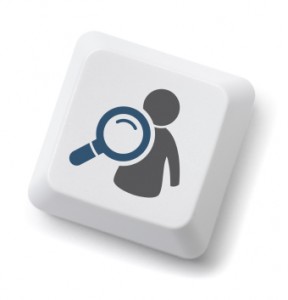 Peter Steiner’s famed 1993 New Yorker cartoon of two dogs at a computer — with its caption, “On the Internet, nobody knows you’re a dog” — alluded to the difficulty of determining people’s online identities, including when it comes to recruiting workers. Now, a recent New York Times story on “algorithmic hiring” — which uses big-data analytics in place of traditional “talent markers” such as academic degrees — points to a new way of finding employees in a sea of online information.

According to the Times, big-data analytics promises to find hidden jewels like 26-year-old Jade Dominguez, an “average” high school student who did not attend college but taught himself computer programming. Dominguez was discovered by Gild, a San Francisco-based startup that is among a growing number of companies harnessing multiple data sources, including social networks, to automate parts of the hiring process and spot the right candidates. Gild claims it has developed a “technology that finds the people out there [and] tells you who’s good (and at what) and how to engage them.”

Gild crunches thousands of bits of information around 300 larger variables, including the web sites a person frequents, the language he or she uses to describe technology, the skills reported on LinkedIn and projects worked on, among other criteria, according to the Times article. Other firms that have developed technology to spot talent through social networks include TalentBin and Entelo of San Francisco, and RemarkableHire of McLean, Va.

Algorithmic hiring may be an innovative way to help companies hire faster and better for certain positions, but is it more than a passing technological fad? “This kind of hiring may be on the rise in jobs where the skills needed are clearly tied to performance,” says Wharton management professor Nancy Rothbard. “This means that the performance metrics also need to be clear and tangible. However, [algorithmic hiring] may be difficult to get right in the many jobs where there is less clarity” regarding metrics.

With such hiring techniques, companies could end up shifting the emphasis disproportionately towards social traits and away from the tried-and-tested attributes of good resumes — strong academic careers, demonstrated skill sets, etc. Rothbard suggests ways to get around those obstacles. “At the end of the day, getting the algorithm to reflect the desired attributes of the company is going to matter a lot with this technique,” she says. “Having checks and balances in the system is important. Moreover, with this type of an approach, experimentation, testing and follow up measurement are likely to matter a lot.”

In the Times article, Vivienne Ming, chief scientist at Gild, noted that talented people are ignored, misjudged or fall through the cracks all the time. The “traditional markers” people use for hiring “can be wrong, profoundly wrong,” and big-data technology can spot “wasted talent” and eliminate human bias, she said. Ming should know: Born male, she noticed how people began treating her differently after her gender change — in both good and negative ways. According to Ming, using algorithmic hiring is a way to “let the data speak for itself.”