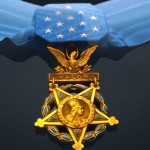 “When transcendent purpose trumps individual self-interest, we see the ultimate test and triumph of leadership,” according to Wharton management professor Michael Useem and Andrea Useem, a director at media analysis firm Infoition. In the following opinion piece, they write that a recent Medal of Honor ceremony at the White House underscored the idea that a particularly rare quality — “true selflessness” — is what sets great leaders apart.

The East Room of the White House became still on May 16, 2012, as President Obama bowed his head for the reading of a Medal of Honor citation.

“Specialist Four Leslie H. Sabo, Jr., distinguished himself by conspicuous acts of gallantry and intrepidity,” the citation read. “[His] indomitable courage and complete disregard for his own safety saved the lives of many of his platoon members.”

When enemy troops ambushed Sabo’s platoon as it patrolled near a Cambodian village, the 22-year-old draftee counter-attacked without hesitation, drawing fire away from his fellow soldiers and later using his own body to shield a wounded comrade from a grenade blast. Gravely injured, Sabo still pressed forward, ultimately silencing an enemy position with a grenade that also ended his own life.

More than 40 years after Sabo’s extraordinary actions, the President presented a light-blue neckband with 13 white stars and a gold star with a wreath — the Medal of Honor — to Rose Sabo-Brown, who had been married to her high school sweetheart for fewer than eight months when he died on Mother’s Day in 1970. With Obama at her side, she accepted the nation’s highest military decoration on behalf of her late husband.

The description of Leslie Sabo’s courage and sacrifice, along with accounts of the nation’s other 3,458 Medal of Honor recipients, comes as close as any narrative to embodying the most defining element of leadership — serving a cause far greater than oneself, even if that service exacts an extraordinary personal price.

At a ceremony the next day to induct Sabo into the Pentagon’s “Hall of Heroes” — a room lined with the names of all Medal of Honor recipients stretching back to the Civil War — Army chief of staff General Ray Odierno explained the meaning and purpose of the decoration. “With this Medal of Honor, a warrior is held up to the American people as an example to all fellow men and women, the embodiment of our highest ideals,” he said. “Specialist Four Leslie Sabo, Jr., epitomizes the very best of what we all strive to be: selfless and intrepid, fearless yet resolute.” He “was a man of action who fought until his last dying breath.”

Most Medals of Honor have been bestowed for acts of extreme leadership. Very few of us will ever face the choice of whether or not to use our own bodies to shield a comrade from a lethal blast. Yet the narratives, absorbing and inspiring in their own right, offer an indelible lesson on the essence of leadership.

For most of us, most of the time, private self-interest is well aligned with organizational purpose. At rare but critical moments, however, when common purpose and personal interest diverge, we see leadership put to its supreme test, sometimes requiring a split-second decision. And when transcendent purpose trumps individual self-interest, we see the ultimate test and triumph of leadership.

That spirit of selflessness is well captured in a Civil War dictum for cavalry commanders — “feed your horses, feed your men, then feed yourself” — and in a more contemporary Marine Corps maxim, “the officer eats last.” In the business world, research by best-selling author Jim Collins shows there is a connection between selflessness and organizational performance. His study of 11 firms that had risen from good marks to great performance revealed that they were all headed by “Level 5” executives — company leaders who were unswervingly ambitious for their organization but not themselves.

True selflessness, however, remains one of the most elusive of qualities. We are all too familiar with the far more common force of private interest. Yet it is precisely selfless leadership that allows communities, companies and countries to survive and prosper. In his first inaugural address, on the eve of the Civil War, President Abraham Lincoln urged that the nation’s “passions” be driven “by the better angels of our nature.”

At the Hall of Heroes ceremony, Defense Secretary Leon Panetta noted that Leslie Sabo’s life course was like that of so many Americans: a son of immigrants who sought a better life for their children. Sabo himself worked at a steel mill and attended college before accepting and embracing his new role in the Army, a role that called for placing purpose first.

Sabo “paid the ultimate price” to make “the ultimate difference,” and future generations “will walk the earth because of what Les did that day,” Panetta said. Like those before it, the nation’s newest Medal of Honor recipient provides a compelling reminder of what truly makes a difference in the lives of others. And “when someone puts his life on the line for others,” Panetta added, “that sacrifice must never be lost.”