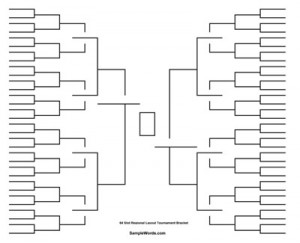 In search of ways to engage disparate segments of employees to help improve the University of Pennsylvania Health System, chief medical officer and vice president Patrick J. Brennan turned to Wharton operations and information management professor Christian Terwiesch — and to the concept of innovation tournaments, which transform the challenge of coming up with unique ideas into a competition of sorts.

“I [wanted] to see if we could apply this to an organization with 16,000 employees,” Terwiesch said at a recent seminar given by Wharton’s Mack Center for Technological Innovation titled, “Learning from Failure in Innovation: Turning Setbacks into Advantages.” “We wanted to see what type of innovative challenges could come from this.”

In December 2011, Brennan and an executive committee started soliciting ideas for improvements — primarily in the area of patient services. Brennan said that in the past, ideas for innovations typically came during meetings with executives. “We wanted to engage the whole community and this seemed to be a good way to do it,” he noted.

Brennan, who compared the structure of the UPHS tournament to NCAA basketball’s “March Madness”, expected that the tournament might generate around 500 ideas, which a panel of judges would narrow down over the course of several weeks. “We called it Your Big Idea. We had high hopes,” Brennan stated, adding that the tournament was promoted to employees via the Internet and through signs posed around the hospital system. The tournament ultimately generated 1,739 ideas and had to be cut off after just four weeks because of the volume.

A committee whittled the long list down to 40 ideas. The teams or individuals behind those ideas were then asked to give 90-second pitches to the panel. From there, the field was narrowed to 10 finalists, who were each given four minutes to present their ideas to the judges.

Brennan and Terwiesch said the finalists received some training to hone their pitches. Terwiesch added that about a fifth of the ideas focused on patient amenities. A substantial number of the others were related to optimizing technology, improving the staff experience, patient and family centered care, and discharge planning.

The judges picked two ideas to implement. One is to have more kiosks around the hospital system — hopefully with interactive technological features — so patients could easily access information about the hospital and patient care. The other is called “My Penn Scheduler,” and will allow patients to have more access to scheduling appointments and other medical needs from home or from a portable device.

The ideas, Brennan noted, were not earth-shattering, but that was not the intention of the tournament. “We were focused on what would work,” he said. “Christian and I didn’t think the ideas were groundbreaking, but they would advance the organization in small ways, and the tournament really allowed the organization to coalesce around the idea of innovation and improvement.”

According to Brennan, many of the ideas that didn’t make the final cut will be circulated to the proper department heads, and he predicted that some, especially those that require relatively little money and time to put into practice, will eventually be implemented.

For his part, Terwiesch was most impressed by how many people participated — more than 5,000 of the 16,000 employees either submitted an idea, commented online about the ideas submitted or participated in the judging process. “I was particularly touched by how many people cared [about the] patients. This was not the next cancer vaccine, but we saw how many employees do have an interest in patient care.”