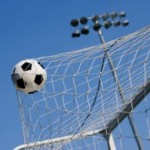 Manchester United’s business credentials are impressive. Forbes magazine ranks it as the world’s most valuable sports team at $2.24 billion. The team, in fact, makes more money off the field than on it. For the year ending 2011, ticket sales were $172 million, or a third of its $514 million in revenues. Distribution and broadcasting of live soccer matches brought in $182 million. The remaining $160 million came from so-called “commercial revenue,” including sponsorships; retail, merchandising, apparel and product licensing; and new media and mobile channels. Manchester United predicted in its IPO filing statement that the last category — commercial revenue — will grow the fastest in the next few years.

The team plans to use most of the funds to retire some of its $657 million debt. (The Florida-based Glazer family had bought Manchester United in 2005 in a $1.5 billion leveraged buyout.) “It’s a brilliant move for sports franchises when they do an IPO because they get an immediate influx of capital,” says Rosner. Analysts note that the team’s current debt burden could hurt its ability to swing deals for top-rated players and thereby mar its performance.

Despite the team’s valuation and industry success, Rosner notes that Manchester United’s potential new shareholders will be motivated more by an affinity for the sports team than they will be for any expected returns on their investment. “These investments tend to be done more for emotional reasons than they are for pure financial reasons,” he says. Rosner is also a principal of Hudson Sports Consulting, a sports advisory firm in Allendale, N.J.

Manchester United’s potential investors would find little by way of peer group performance to make their decision. Rosner agrees with the popular view that most retail investors have not made money by investing in sports teams. A few have been publicly traded in the past, including the Cleveland Indians baseball team and the Florida Panthers ice hockey team. But the Red Devils may not have to worry so much about mundane stock performance. “For those who are making the investments — because they are fans — there is probably an increased level of patience and a wider berth, if you will, that they will give the team than if it were an investment made purely for financial reasons,” he points out.

And Manchester United has plenty of fans that it could attempt to convert into fans-as-investors. It counts 659 million “followers” worldwide, based on a survey it commissioned across 39 countries of people who follow its matches regularly. “It is making a play for sports fans’ hearts and minds, and thereby reaching their wallets,” says Rosner.