LinkedIn, with more than 100 million members in over 200 countries, has become the social media mainstay of professionals — a living, breathing Rolodex that provides an ongoing connection to new and old colleagues as well as access to their broader networks. Now, Reid Hoffman, co-founder and executive chairman of LinkedIn, offers another career tool in the form of a book, The Start-up of You: Adapt to the Future, Invest in Yourself, and Transform Your Career, written with Ben Casnocha.

In the book, Hoffman argues that professionals must draw on the lessons of Silicon Valley startups to accelerate their careers,including taking smart risks, leveraging professional networks and adapting to change.Wharton management professor Ethan Mollick spoke with Hoffman about how to apply startup strategies to your career, why “tours of duty” are critical and why you should focus more on your second-degree connections.

Following is an edited transcript of the conversation.

Ethan Mollick: The nature of careers seems to be changing. People seem to have more jobs more quickly. This is something you observe in your book. What do you think is underlying this trend?

Hoffman: I think there are a [few] reasons. I think one part of it is the pace at which industries need to change and adapt. Some industries still have very long time cycles. But [even in those cases], the time cycles for how a company plays out a product release or a song for marketing … have accelerated. Another reason is the change in the labor market. There is more transparency and openness and liquidity for notching the right talent opportunities…. Companies looking for talent can also find [it] easier. You have a more natural, higher maximization curve. The third thing is the changing nature of what career progress looks like…. My general impression is that [in the past], people thought the best way to make progress was to essentially wait in line for promotion, whereas now there’s an understanding that, as you’re being really successful, you should take the next rung of opportunity that you’ve proven your way into. If the rung isn’t available in your current company, then it is okay to take that rung in another company….

Mollick: Your recommendation is to view your career like a startup and navigate it as if it were a business.

Hoffman: My recommendation is to understand that these three changes are underway. It is not [yet] stable. It is continuing to go in that direction. Therefore, [consider the] concept of a tour of duty as a model for how to think about composing work and a career, which is … [to ask], “What’s the right next step — stay in this job, do another job for the company or do a good job at another company?”

Mollick: You suggest the first step is to assess your own set of dreams and skills before moving on to the next phase. How do people start to think about setting up a career based on their skills and aspirations?

Hoffman: It’s not just how you think about what your passions and your skills are. Those are important and necessary components. But also think about how those match up against trends in the market and competition within the market. Then do a joint problem-solve between here are the things I’m good at, here are my assets and then here are my aspirations and here are the market realities. [Instead of] trying to pick a career ladder, you pick an industry, a good trend, a good central place to network, which gives you breakout opportunities, adaptability, some soft assets like skills and connections and networks, in order to have the next phase of opportunity, e.g., the next tour of duty.

Mollick: What about planning for careers where the odds of success are small but very rewarding? For example, choosing to be an entrepreneur, an artist, a video game designer…

Hoffman: The general pattern that we suggest is A-to-Z planning to figure out how to take intelligent risks. [To say to yourself], all right, I want to do this, but it’s a low probability of success. Even if I’m really good, my probability of success might be very low, [or it] might be moderately low. What you want to do is … to [make and keep a] plan…. You [need] a strategy to take a risk for competitive differentiation. Part of having plan B and plan Z is to think about [what will happen] if this doesn’t work: How do I … move around, try it again, try it different ways? If it isn’t really working, how do I reset to grow a plan Z? That allows you [to] try something but [also have the opportunity to replay] it. And you may decide to replay multiple times….

When I came back from Oxford, I told my dad it would take me somewhere between three and five startups to be successful. When I was doing each startup, even though I was putting my all in to try to make each startup successful, I was paying attention to … all the things I was learning: the network that I was building, the skills that I was building, the fact that the next play would be the one that would be more likely to be successful, just because I was learning a bunch of things while doing it. In all the flexible planning, make sure that you are always investigating your network and your skills and your [potential to increase the odds] for the next play. That’s the tight corpus of a mental framework for how to approach low-probability success ventures and careers.

Mollick: Entrepreneurs tend to be overly confident relative to the rest of the population. How do you keep that realistic sense that you might fail when you also need to go all in to convince the people around you and to be able to push forward?

Hoffman: I think it’s different for different entrepreneurs…. One of the reasons why entrepreneurs sometimes get [that reputation is] that they are risk-insensitive. They just think, I’m going to succeed. I know all those facts, [and the risks] don’t apply to me…. A few of those entrepreneurs succeed and many of them crater badly….

The recommendation that I make to entrepreneurs and what I do is I say, look, you have to have a very strong belief in what you’re doing, a strong belief that you yourself have a much higher … chance of succeeding than other people. If you didn’t think that you had a differential competitive edge in doing this — well, then you shouldn’t be doing it because it’s very hard and low probability. On the other hand, while you’re playing for it, you should be thinking a lot about what your variations are in Plan B. What are the risks…? What are the things that can blow you up?

Because part of what I’m trying to educate entrepreneurs about is how to look at the risks. I say, look, as good as you may be, you don’t know what your competitors are doing. You don’t know what the product market looks like. You don’t know how that evolves. There’s always some possibility of something blowing up that you have no control over. Once they realize that, they realize they don’t really have 100% chance of success…. But then that gets to [the ideas of Intel co-founder] Andy Grove who [says] only the paranoid survive. While you have this very strong belief and aspiration, you also understand that you’re running through a minefield and that there is no 100% reliable way through a minefield. You have to maintain this mindset. The majority of the entrepreneurs that I work with understand that.

Mollick: You are a successful Silicon Valley entrepreneur and investor, and a lot of the people whom you cite are also successful, brilliant, well-connected individuals. How does this advice hold for people who may not be as connected, as innately talented or as skilled as the people in your book?

Hoffman: We have some knowledge around that, although it’s not as exhaustive as a full scientific or academic study. The same mindset and the same tools, in terms of relationship building — taking risk, competitive differentiation — apply at any level of success. As a matter of fact, the tools are what help take your success to the next step or the next level. Folks who are in the middle of Silicon Valley, very successful entrepreneurs playing the game at the highest rate, have potentially the highest returns. But I think the same tool set gives good returns to other people as well. It’s simply a way to play the game to increase your returns in an interesting way. Not all companies are Google, Microsoft or Apple, but they can still be good companies with good results. And they also play a competitive business strategy. They also hire talent. That’s why I think it’s at a universal or much broader base than just the elite from Silicon Valley.

Mollick: Given how you pull data from LinkedIn throughout your book, one of the key things you talk about is networking. I’m curious if you, from your unique position, have any particular advice about what might be most effective in networking? Or even how to use LinkedIn to network better?

Hoffman: Well, the key thing in networking is to make sure that you look at it as a mutual alliance. You’re building a set of allies, kind of a virtual company around you, and you help each other. The key thing is that it’s not about succeeding in writing someone a cold call e-mail or walking up to them at an event and doing that pitch just perfectly. Now this new important person is relating to you, which is usually the story that’s told…. When people think about their network, they tend to only think about their first-degree [contacts]…. The likelihood is the right person to help solve a particular problem … is more likely to be second degree just by the law of math. Being able to look through to find the second degree and essentially deploy that level of your network in solving problems of all natures — not just job hunting, but also the work that you’re doing — is your key for magnifying your success. 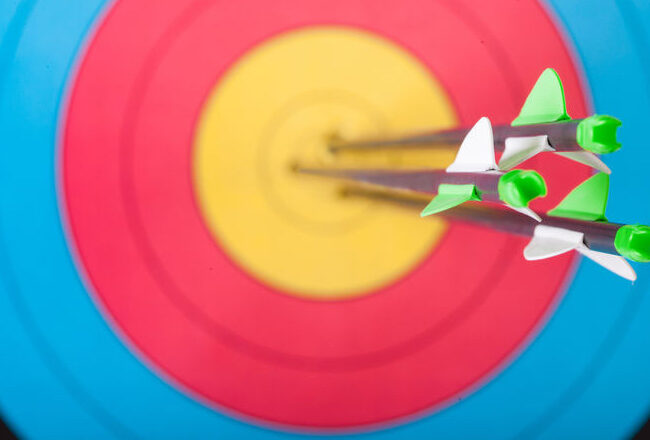