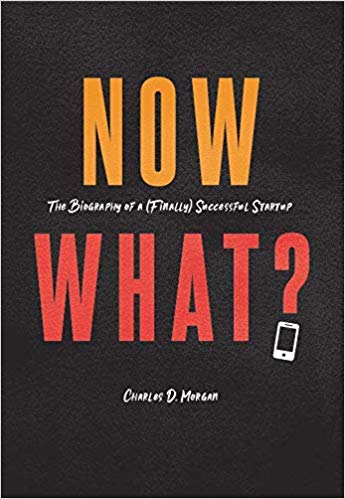 Eleven years ago, Charles Morgan retired from the rat race after suffering a bruising fight with the board of Acxiom Corp., a billion-dollar database marketing company of which he had been chairman and CEO for 33 years. He was content to be an investor in a mobile telecom startup, but found himself taking over when the business struggled.

Morgan wrote about his startup adventures in his new book, Now What: The Biography of a (Finally) Successful Startup. He joined the Knowledge at Wharton radio show on SiriusXM recently to share the business insights he gleaned from rescuing First Orion. (Listen to the podcast at the top of the page.)

Knowledge at Wharton: Charles Morgan spent 35 years building Axiom Corp. At age 65 he retired. But instead of hitting the golf course he invested $1 million in a tech started up called First Orion. After a near bankruptcy, he jumped back into the day-to-day operations of that company to help consumers deal with the mountain of robocalls that we see today. Can you take us through your career?

Charles Morgan: It’s kind of fun to be an old entrepreneur. I guess you can be old, you can be young, you can be whatever. The first time I did it I was young. But this time I’m doing it when I’m old. But boy, did I learn a lot.

I had a great experience in the process of building Acxiom. I met great people, loved the technology, loved the people, got to be $1.5 billion in revenue, 7,000 employees. But you know, if you’re fundamentally an entrepreneur, you really aren’t all that crazy about managing 7,000 people and dealing with the Sarbanes-Oxley Act and the SEC and all the stuff.

When I retired, it was an unpleasant event. I had gotten in a proxy fight. I got in a fight with my board, and I was kind of burned out not only on Acxiom, but big business in general. I thought I was going to retire to a happy little time. But at the same time, I invested in this little company. I put my money in it and said, “OK, you guys have a one-year milestone, we’ll see how you do.” Well, they didn’t make it. They wanted more money. Eventually, I took it over and had one of my guys running it, and I still didn’t get that much involved. But they kept wanting more money.

“Early on, I thought I could look over people’s shoulder and advise them because I was a wise old guy, right? I knew all this stuff. I’d done it before.”

I was really getting committed to this thing called First Orion. Their whole business concept was fascinating to me at the time. It was the idea of giving people more control over the calls that were coming into their mobile device. At the time, we were doing mobile call blocking with an application we called PrivacyStar, and we caught the attention of Metro PCS and ultimately T-Mobile.

But early on, I thought I could look over people’s shoulder and advise them because I was a wise old guy, right? I knew all this stuff. I’d done it before. I would say, “Yeah, you ought to really think about doing it that way. I don’t exactly like the technology approach you guys are using.” I think I was constantly counter-managing. You have to either be in charge or get the hell out of there. I finally told the guys that I’m going to take over. The guy that was running it before, he’s still with us, still one of the key contributors. I chose to be in, and it’s turned out to be a good decision for all of us.

Knowledge at Wharton: What is the secret to success in the tech industry, which is very competitive and risky?

Or they get it all figured out, and then the next thing is they don’t have a clue how they’re really going to be able to afford to distribute it and engage their target audience. That’s the other area that is so fraught with failure. You have a great idea. You build a prototype. It works. Everybody says they love it, but now you need to find a few hundred thousand or a few million customers, and that gets hard sometimes.

Knowledge at Wharton: It had to be a challenge for First Orion to make those connections with the telecom companies to be able to reach all of those customers.

Morgan: It is really hard to get into the telecom industry, particularly. I spent a lot of money early on trying to establish our brand without going through the carriers. Not that we ever stopped looking at going to carriers, but it was just so hard. Can you imagine a little company from Little Rock, Ark., going to AT&T and Verizon and saying, “Hey, we can solve all your scamming and call blocking problems and robocalling problems?” They’d look at you like you had two heads. It was very difficult to establish that we did have better technology. We could show them data, and to their credit they would often listen. But our chance of getting inside their network to do what we needed to do, it was virtually not going to happen.

Probably the only reason it did happen is [T-Mobile CEO] John Legere is a little bit of a rebel and wanted to do some things — and still wants to do some things — that other carriers won’t do. We have 50 servers inside T-Mobile’s network executing a whole variety of services, the most well-known one is our robo-dialing. But this world today, you’re talking about all the technology we deal with. What we also deal with is a horrendous problem of integrating this technology with everything else that’s going on in your life. Standalone islands of technology are very difficult to promote and make successful. You can partner and get in an eco-structure, then you’ve got a chance. And we are in the telecom eco-structure, finally.

Knowledge at Wharton: Do you think that the tech industry will see a greater level of consolidation and partnerships like yours as we move forward?

Morgan: I think we’re going to have more platforms. I think we’re going to see even people like Google figure it out. At one time, I think even Google thought they’d be the end all, but even Google said, “Hey, we need to cooperate.” In the end, they made their Android platform very open, much more open than Apple. If you look at their home hub, their Google assistant for home automation, it is just a conglomeration. They establish standards and allow many vendors to participate in their ecosystem. That’s what I think is the wave of the future.

We see it with television now, with streaming and all this stuff. We’re seeing a consolidation. We’re seeing platforms develop. The real specialists get a very small niche in that big platform and they can make a way for themselves. Whereas if they try to replace the whole platform, forget it.

Knowledge at Wharton: What is behind that failure rate from a structure standpoint?

Knowledge at Wharton: I think that’s the component where a lot of startups fail. You think you can take it all on yourself and not delegate to the people that have the experience in certain areas.

Knowledge at Wharton: Can you talk about the role of the venture capitalist with startups? There’s an obvious benefit, but there can be a negative side as well.

… We have not brought in outside investors for First Orion, but I have finally found one who is very long-term oriented, who’s very interested in building a legacy approach. We’re welcoming him in to partner with us and give us some of the additional investment capital we need. But it’s hard to find those guys, it really is.

“I think I can keep up with most of these kids, but a business needs maturity.”

Knowledge at Wharton: One of the things you’ve mentioned is that when you do have failure in a business, in many cases it’s a situation where the founder just wasn’t ready for the opportunity.

Morgan: That’s exactly right. The opportunity presents itself, and it’s very much in your line of expertise. I’ve seen all sorts of reasons that fails. One is, people will say, “Well, that’s not exactly how we envision the business. We don’t want to do it that way. If you’ll do it our way, then we’ll do it.” So, you don’t get the business. You lose the opportunity.

Entrepreneurs have to understand they have to fork the business often. Maybe don’t give up on the old thing, but focus on what the opportunity is that’s there. As long as it’s close enough to your vision that you’re not going to necessarily lose what you started, but maybe that opportunity will take you in a different direction. Certainly, it’s happened at First Orion. We’ve ended up getting more in the data business than I ever expected. The data business is not something that we really envisioned initially that we would be involved in. … We are, and it’s now becoming a key part of our strategy because the opportunity presented itself.

Knowledge at Wharton: Your career path is one that a lot of former CEOs are starting to forge, where they retire and then follow a passion. How do you view your success in your so-called retirement?

Morgan: I look at retirement as doing what you love to do every day, but not having to do a damn thing. I like to solve business problems. I love to work with people. I still write code. It’s what keeps me really young, and it keeps the mind sharp, too. I think I can keep up with most of these kids, but a business needs maturity. If I had done this business as the first one, I doubt if it would have been successful.

I’ll be honest with you, I put about $8 million in this thing to get it going. Other people have put money. It’s taken $10 million or $12 million [to keep the company afloat] but I totally control the business, and that has allowed us to do things in a very flexible manner. But I have given away about 30% of the company to all of these great people that I know are going to help me build it.