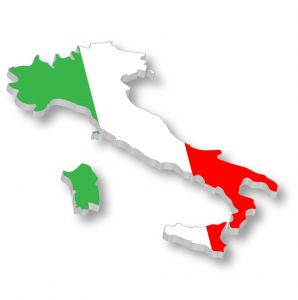 Many analysts thought that when Italian Prime Minister Silvio Berlusconi announced plans to resign, it would help to stabilize shaky bond markets spooked by Italy’s inability to deal with its political and sovereign-debt crises. It has not turned out that way, at least not yet.

Instead, on Wednesday, international financial markets – from bonds to equities — showed every indication of deep concern. In a sign of just how worried markets are about Italy’s ability to continue refinancing looming payments on its large sovereign debt, the yields on Italian bonds – Italy’s chief debt instrument – hit new records, as they have every day over the last week. The higher yields reflect investor demands for a premium to offset perceived rising risks.

The extreme changes in interest rates and yields show that the markets have serious doubts about Italy’s ability politically – even without Berlusconi’s mercurial presence — to impose the severe austerity measures that are part of the European bailout and reform package agreed to just last week.

The headlines are becoming more alarming. “Investor confidence in Italy collapses,” noted a lead story in the Financial Times. The opening paragraph: “Markets on Wednesday demonstrated a collapse of confidence in Italy’s ability to chart a clear course out of its political and debt crises, sending 10-year bond yields to new euro-era highs over 7.5% and into territory that forced Greece, Portugal and Ireland to seek international bail-outs.”

From the Wall Street Journal, it was “Italian Bond Yields Pass Key 7% Level,” followed by “Yields on Italian bonds soared, rising to the highest levels since the inception of the euro in the latest sign that investors are fast losing faith in the world’s third-biggest sovereign-bond market.”

Wharton management professor Mauro Guillen thinks it’s not too late for Italy to come up with a solution, but time is running out fast. “Italy is big — Italy is not Greece. It has resources, reserves and a large number of competitive firms. But they need to get their political house in order. Berlusconi obviously is a hindrance right now. His government is weak, he is corrupt, he represents the old, bad Italian politics. The sooner he becomes part of the past, the better.”

Berlusconi has agreed to new elections early in the New Year, and has so far deflected calls for an interim government. Therefore, he may stay in office until the elections. Other Italian leaders are cobbling together an austerity package they hope to introduce next week.

Says Guillen: “The stakes are really high. Contagion is not being checked. Obviously, we are getting closer to the point of rupture. Is there hope? There might be if Spain gets through the up-coming election, Italy gets a different government, Greece is allowed to default in an orderly way, and we take it from there, meaning that Europe starts building a common economic destiny that is less ambitious but rests on more solid ground.”

“The real risk is of a self-fulfilling contagion that happens too quickly to deal with,” says Wharton finance professor Franklin Allen in a recent video interview. Politicians can often muddle through, at least temporarily, if they have a few weeks to work with. But a collapse can play out in a few days. Politicians “have to be looking over the edge of the cliff and seeing that there is a desperate situation in front of them.”

Allen adds that Italy has many strengths. “Hopefully, at some point, we really get some leadership. That is the one single thing in my view that gives us some hope of getting on a sustainable path, because they [Italy] can be solvent if they simply tax and spend in a reasonable way and start bringing down their debt.”

While Italy has the third-largest amount of total debt in the world – after the U.S. and Japan – the annual debt burden is viewed as manageable and allows the country to handle a sustainable amount of debt servicing, provided that the interest rates it pays on its bonds do not soar too high. The recent bond yields Italy must pay in order to continue attracting new investors have reached levels so high that they jeopardize the country’s ability to manage its whole debt structure.

“In Italy, the main problem is that political instability is generating uncertainty about the debt-to-GDP ratio,” says Zvi Eckstein, former deputy governor of the Bank of Israel and a visiting faculty member in Wharton’s finance department. Eckstein notes that the Italian economy has been doing “not great, to say the least. There has been very slow growth, even negative growth. Debt is 115% of GDP.”

Eckstein concedes that Italian debt is not terribly high, but he believes that to get to a reasonable debt-to-GDP ratio — of say around 60% — in the foreseeable future, Italy will have to take immediate steps to revive its economy and reduce its deficit. “In order to do this, Italy will need a more decisive government than it has today,” he says. “As long as the Italians don’t do it, you will see the markets react and spreads increase from the German debt.” Eckstein notes that if Italy has to finance its debt at an interest rate above 6%, it will “make things very complicated and generate increasing debt. If Italian debt gets into an area of CDS [credit default swap] risk, or below the level of AAA, then Europe is in great trouble and the rest of the world is in great trouble.”

If the run on Italian bonds continues, leading somehow to Italy’s inability to meet its debt obligations, then an extremely serious worldwide financial crisis could result, many observers say. A freeze on Italy’s ability to borrow could cause “massive capital flight to northern Europe…. [Italy] would have to put in capital controls,” says Allen. “Then we have a real risk of the banking system in Europe really coming under pressure. They don’t have the physical resources to deal with it.” Since American banks are heavy lenders to European banks, the problems could spread quickly.

“This is a catastrophic kind of event of 1930s proportions, and we seem to be moving towards it because they are not willing to take the measures that are needed to prevent that it,” Allen says, referring to Europe-wide debt challenges.

According to a column by Ambrose Evans-Pritchard, international business editor for The Telegraph in the U.K., “Goldman Sachs warned that Italy might start to take ‘unilateral decisions’ such as seizing banks or clamping down on the bond market (effectively holding investors captive) if the political climate deteriorates further and authorities feel boxed in. It said the crisis has set off a ‘self-fulfilling dynamic’ that may ultimately make it impossible for Italy to roll over debt.”

He also noted that the European Financial Stability Facility – the European Union’s bail-out mechanism — still lacks the “firepower to halt the crisis by purchasing Italy’s bonds” and has “itself struggled to raise money.”

Unilateral decisions by Italy risk setting off a chain reaction in which banks holding Italian debt and that of Greece, Spain and Portugal become viewed as increasingly risky to counterparty banks. These banks could refuse them further loans and begin a cascading of events in which American banks – which have lent heavily to European banks – begin to take similar action at home.

Such a financial crisis would quickly spread to the real economy, Guillen adds. Europe is an important market for American firms and they have been “recording large profits” from there. “If Europe were to implode, there will be a financial effect that would reverberate around the world, but also … those profits would disappear.” Others note that Europe is China’s largest export market, larger even than the U.S. — a situation that could quickly push the crisis into Asia.