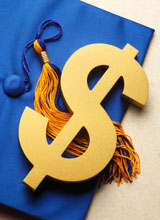 Until now, there has only been anecdotal evidence. But, finally, there are some hard numbers to show that the U.S. may be losing some of its charms as the destination of choice for Indian students. According to the U.S.-based Institute of International Education (IIE), the number of Indian students in the U.S. has dropped for two consecutive years.

The first indication that the U.S. was fading as a land of promise for Indian students came from a study by Evalueserve, a global specialist in knowledge process services. A few years ago, the firm pointed out that graduates from the Indian Institutes of Technology (IITs), considered the brightest in the country, were preferring to stay at home rather than go to the U.S. “Anecdotal evidence is that the trend is continuing,” says Evalueserve chairman and cofounder Alok Aggarwal. He notes that the jobs crisis in the U.S. may be a factor.

A more recent study by David Finegold and B. Venkatesh Kumar of the School of Management and Labor Relations at Rutgers University in New Jersey found a large number of Indian graduates and post-graduates in the U.S. who were prepared to return to India.

Why is there a decline in the number of Indian students going to America? S. Krishnaswamy, senior professor and head of the department of genetic engineering at Madurai Kamaraj University, says that a U.S. education has become much more expensive. “There is also a perception that you will need to return to India as most of the action is here. Why pay such high fees when you can get a more relevant education at an Indian school?” The recent financial sector crisis and negative media headlines (“Do Business Schools Incubate Criminals?” asks Bloomberg) have not helped, either.

Where are Indian students going? Australia was a preferred destination. But a series of attacks on Indian students there has made it less attractive. In the U.K., recent changes in visa rules have been a deterrent. The new rules say that students cannot take up work in the U.K. after they complete their studies.

Though the numbers are small as yet, a growing destination for Indian students is China, particularly for medical studies. There is no agency keeping records. The Indian embassy in Beijing reports that the Indian students in China number several thousands, whereas there were no Indian students in the country a few years ago. M. Antony, who runs the Indian Kitchen chain of restaurants in China, gives anecdotal evidence of the increase in numbers. When the first Indian students started coming, he made arrangements in university towns to provide them with Indian food. It was a growing business until the bottom fell out of the market. “Today, they come in teams of 50 and 100,” says Antony. “The universities make special arrangements for them. And they get their own cooks.”

The Open Doors survey points out another interesting trend: The number of U.S. students going to India to study is increasing. It’s small in absolute terms; in 2010-2011, there were only 4,345 students. But this was an increase of 11.9% over 2009-2010. This followed on the heels of a 44.4% increase the previous year. “India is a growing economy,” says Krishnaswamy. “For people who see the world as their canvas, the opportunity is here.”