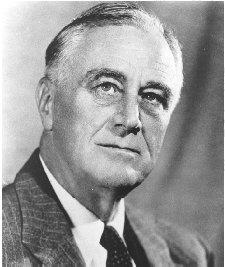 “Wall Street and the Financial Crisis: Anatomy of a Financial Collapse,” a 650-page document released by the Senate Permanent Subcommittee on Investigations last week, lays the blame for the 2008 financial meltdown on an array of institutions — most notably Washington Mutual, the Office of Thrift Supervision, Standard & Poor’s, Moody’s Investors Service, Goldman Sachs and Deutsche Bank.

The investigation “pulls back the curtain on shoddy, risky, deceptive practices [by] a lot of major financial institutions,” stated Senator Carl Levin, Democrat from Michigan, in a New York Times article. ”The overwhelming evidence,” added Levin, the subcommittee’s chairman, “is that those institutions deceived their clients and … the public, and were aided and abetted by deferential regulators and credit ratings agencies [that] had conflicts of interest.”

Dial back 78 years to Franklin Delano Roosevelt’s first inaugural address on March 4, 1933, in the middle of a countrywide depression initiated by the stock market crash of 1929. While that inaugural speech is best known for the phrase, “the only thing we have to fear is fear itself,” Roosevelt goes on to capture a time of economic hardship very similar to 2011, and he places the blame squarely on some of the same institutions cited in last week’s report.

“Values have shrunk to fantastic levels: taxes have risen; our ability to pay has fallen; government of all kinds is faced by serious curtailment of income,” stated Roosevelt. “… More important, a host of unemployed citizens face the grim problem of existence, and an equally great number toil with little return. Only a foolish optimist can deny the dark realities of the moment.”

Roosevelt blamed “the rulers of the exchange of mankind’s goods [who] have failed, through their own stubbornness and their own incompetence…. Practices of the unscrupulous money changers stand indicted in the court of public opinion, rejected by the hearts and minds of men.”

These moneychangers, Roosevelt added, “faced by failure of credit, have proposed only the lending of more money. Stripped of the lure of profit by which to induce our people to follow their false leadership, they have resorted to exhortations, pleading tearfully for restored confidence. They only know the rules of a generation of self-seekers. They have no vision, and when there is no vision the people perish.” The measure of the country’s “restoration lies in the extent to which we apply social values more noble than mere monetary profit.”

Happiness, Roosevelt continued, “lies not in the mere possession of money; it lies in the joy of achievement, in the thrill of creative effort. The joy, the moral stimulation of work no longer must be forgotten in the mad chase of evanescent profits. These dark days, my friends, will be worth all they cost us if they teach us that our true destiny is not to be ministered unto but to minister to ourselves, to our fellow men.”

And in words that resonate today as they did then, Roosevelt said that recognizing the “falsity of material wealth as the standard of success goes hand in hand with the abandonment of the false belief that public office and high political position are to be valued only by the standards of pride of place and personal profit; and there must be an end to a conduct in banking and in business which too often has given to a sacred trust the likeness of callous and selfish wrongdoing. Small wonder that confidence languishes, for it thrives only on honesty, on honor, on the sacredness of obligations, on faithful protection, and on unselfish performance; without them it cannot live.”