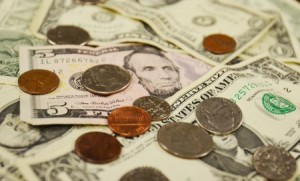 At $7.25 an hour, the U.S. federal minimum wage is below that of many developed countries, including Canada, Ireland, the U.K. and France. According to an opinion piece in yesterday’s New York Times by Princeton economist Paul Krugman, inflation has surpassed minimum wage hikes for nearly four decades, so that in real terms, low-wage workers are earning less today than they did in the 1960s. Meanwhile, Krugman notes, “worker productivity has doubled. Isn’t it time for a raise?”

Krugman wrote his op-ed in response to President Obama’s call in his State of the Union address last week to raise the minimum wage to $9 an hour, with additional increases down the line to keep pace with inflation. According to Krugman, it’s a good policy move — one which would have “overwhelmingly positive effects” by helping those Americans who are paid the least.

At issue is the question of whether such an increase would have the unintended consequence of reducing the number of jobs for low-wage workers, because it would cost more to keep them employed. According to Wharton management professor Peter Cappelli, while raising the minimum wage is meant to help low-wage workers, “it’s not so good for people who have to pay it. Most experts recognize that minimum wages aren’t the best way to help low-wage workers. Raising [the wage] probably does lead to some modest reduction in jobs, or leads more employers just to ignore the laws altogether.”

Wharton business economics and public policy professor Kent Smetters agrees that the impact of a minimum wage hike would be limited. “Poverty is mainly the result of family structure and low education, typically with the former producing the latter. The best way to help low-income workers is ultimately to tackle these two problems. The government is only part of the solution,” he says.

In addition, “the timing for a minimum wage hike is not great,” Smetters continues. “The college-educated unemployment rate is only about 3.9%. Instead, most of the current unemployment and labor force dropout is concentrated in potential workers without a college education. Minorities are especially in bad shape. A wage hike right now could, therefore, lead to slower growth in jobs for uneducated and minority workers. I would wait for a more robust economy before increasing the costs of hiring these types of workers.”

What might be a better way of helping low-income workers, if not a raise in the minimum wage? According to Cappelli, “The better alternative is the earned-income tax credit, which gives low-wage workers big tax breaks and doesn’t raise the cost of hiring to employers. But that doesn’t do anything if your income is so low that you don’t pay any federal income tax. So, the administration is pushing to raise the minimum wage because it is about the only tool it has. Political gridlock probably makes it impossible to think about something really novel as an alternative.”