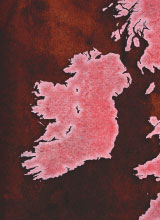 Voters in Ireland can be forgiven for wanting to vent their frustration when they go to the polls today. Since the country’s last general election in 2007, the boom and bust of the Irish economy has wreaked havoc on both corporate and household balance sheets, and will most likely continue to do so for years to come. Now, with tax hikes and a raft of austerity measures on the way in this debt-ridden country, Ireland’s 4.5 million citizens are feeling shafted by their government. Questions abound about how the country can manage its way out of 2008’s decision by then-Prime Minister Brian Cowen and his Fianna Fail party to provide a blanket guarantee to debt holders of the country’s wobbling banks. As Wharton management professor Mauro Guillén notes, turning the banks’ debt into national debt was a “debatable” move that essentially leaves Irish taxpayers picking up the bill.

Ireland’s rescue strategy began looking particularly flawed late last year when it was in the throes of negotiating an 85 billion euro ($117 billion) bailout package of loans, including staggeringly punitive interest rates, with the European Union and the International Monetary Fund. Markets began comparing the strategy with that of another, although much smaller, debt-ridden European island nation — Iceland. “Comparisons are difficult to make because all these countries got into trouble for very different reasons,” says Guillén. “Having said that, the markets aren’t making that distinction, even if it doesn’t make sense.” And the plights of the two are, nonetheless, similar in notable ways — both did have “oversized” and overheated financial sectors, woefully shoddy regulatory regimes and ballooning private-sector debt. That makes comparisons awfully tempting, especially now that Iceland seems to have turned a corner with its draconian austerity measures, while Ireland has not.

An obvious way that Iceland’s road map to recovery has diverged from Ireland’s is that its government was able to devalue the country’s currency, the krona, which has depreciated 28% against the dollar since September 2008, increasing inflation at home, but making its exports more attractive and spurring recovery. Ireland, of course, couldn’t pull that currency lever as a member of the euro zone.

But that’s not the real flashpoint for Ireland’s electorate, and rightly so, says Antonio Fatás, economics professor at Insead, in Fontainbleu, France. “This is not about a currency; it’s about a recession,” he notes. “And recessions happen because of excesses. The bigger the excess, the bigger the recession.”

The critical difference is that Iceland’s government didn’t offer a blanket guarantee to debt holders like Ireland’s government did. Instead, it allowed banks in the country to fail, requiring their bondholders to receive lower returns on their investments while leaving Iceland’s taxpayers to face a smaller debt burden than their Irish counterparts.

To cope, Ireland now faces “adjustments” of 15 billion euro in austerity measures over the next four years: 10 billion euro in spending cuts and 5 billion in tax increases. Nearly half of those cuts will be made this year. Under the terms of the bailout package, the government has until 2015 to squeeze its budget deficit down to about 3% of GDP, from 12% currently. Can Ireland’s economy handle it?

Guillén has his reservations, given that Ireland “has been living beyond its means.” Fiscal tightening continues, investment spending is shrinking and the banking system is still dysfunctional. “There will be tough times ahead,” he says. “They have to do something about the banks’ bad assets, all those loans that won’t be paid back. And as a small, open economy, they need to make an effort to rebuild their reputation so that foreign investment continues to come in. Ireland without foreign investment is just not going to work. They need inflows of money.”

The Irish “are going to see their standard of living come down and will have to tighten their belts, and will have to find another way to become competitive in the context of the European and the global economy,” other than relying on, say, low corporate taxes — of 12.5%, compared with the EU average of 22.7% — to woo foreign multinationals to set up their businesses in Ireland as it has in the past, Guillen states.

“Some people think the larger the economy [like Spain or Italy], the harder it is to bail it out,” he adds. “But … they can reduce the deficit much faster [than a smaller economy]. Smaller economies like Ireland and Iceland, and I would include Greece and Portugal, are at the mercy of global market forces to a much greater extent than a larger country.”

Other countries in Europe should be watching Ireland closely because by 2012, at least a dozen of them will also have public debt that’s at least 40% higher than pre-crisis levels, according to a European Commission forecast last fall. Like Ireland, many of them also might soon discover “that it’s not easy to take the medicine,” says Guillén.

But not everyone is as pessimistic as Guillén. Many observers say that Ireland’s newly elected government has a number of ways of reducing its deficit. It could, for example, revoke the controversial bank guarantee, essentially decoupling public and private debt so that taxpayers don’t have to shoulder as much of the burden. There will be consequences, of course — it would lose access to the EU/IMF lending facility.

Insead’s Fatás also points out that not long before the crisis, “Ireland’s government was better than other European countries at managing its debt, and then it was hit by a massive shock — the biggest of all the countries,” he says. “But it will grow again. It’s a matter of trust [from the markets]. The government just has to find a way to run the economy more efficiently. That’s not bad news.”