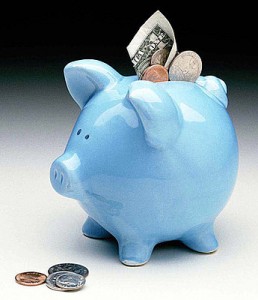 One out of five American consumers used their mobile phone to access a bank account, credit card or other financial account in 2011. An additional one in five said they are likely to use mobile banking at some point in the future, according to research released earlier this year by the Federal Reserve Board.

Surprisingly, it’s financially underserved consumers — the so-called “underbanked” — who are the most likely to use their phones to manage their money. Part of the reason is that mobile phone penetration is greater in this demographic: According to the Fed, 91% of those identified as underbanked have mobile phones and 57% have smartphones; 87% of other American consumers have mobile phones and 44% have smartphones. Of underbanked consumers, 29% used mobile banking last year, compared to 21% of all consumers, and 17% used mobile payments, compared to 12% of the rest of the population.

What does this mean for banks and other financial services institutions? KnowledgeToday sat down with Jennifer Tescher, president and CEO of the Center for Financial Services Innovation, a nonprofit group that works on expanding access to financial services for underbanked consumers last week at the Money 2020 conference in Las Vegas, Nev.

KnowledgeToday: How do you define “the underbanked”?

Jennifer Tescher: The FDIC just put out some new numbers showing that, in many ways, a lot of underbanked consumers don’t look very different from banked consumers. These aren’t necessarily poor people. Lower income people are overrepresented, as are ethnic minorities, but people earning $30,000 to $50,000 annually are about as likely to be underbanked as people earning less than $30,000. The underbanked are “just in time” consumers. They want convenience, they want clarity and transparency, and at the end of the day, they have a finite amount of money. They are cash flow strapped, and they need tools and experiences that help them manage those challenges.

KnowledgeToday: Is this population generally more skeptical of financial institutions?

KnowledgeToday: What kinds of new services and products are you seeing targeted at this population?

Tescher: Of all the products that at least started their life significantly targeted at this market, prepaid has had the most growth and success in the last five years. We are also seeing increasing energy from Silicon Valley to crack the credit nut. We’re also seeing lots of interesting and fun solutions around saving and financial management — both from startups and traditional financial institutions.

KnowledgeToday: What are some of the most promising of those “fun” solutions?

Tescher: There’s a lot of experimentation around gamification and companies trying to put the fun back into money, which is a fairly intimidating and unpleasant topic. We’re also harnessing the power of social media as peer support. I see it as the 21st-century version of Weight Watchers.

KnowledgeToday: So companies are trying to create communities and support networks around doing something that’s hard, like losing weight or, in this case, saving money?

Tescher: The research shows that if you come from a household that is more traditionally banked, you’re more likely to be that way yourself. A lot of your financial services experience tends to be based on your childhood experience and what you were exposed to. Social media offers the opportunity to broaden one’s network and also to seek advice in a broader array of places. That’s one of the biggest challenges today: Where do you go to get financial advice if you don’t have gobs of money? This isn’t just a problem for poor people; it’s also one for average people. Don’t forget the average median household income in this country is slightly below $50,000. There are a lot of people for whom this is an issue, and there are a lot of interesting opportunities for finding cheaper ways to provide advice that’s credible.

KnowledgeToday: There is greater penetration of mobile phones and smartphones in the financially underserved population than in the rest of the population. What is the opportunity for banks here?

Tescher: Immediate feedback. Almost everyone now is offering mobile alerts. What a great and easy way to give real-time information that’s relevant and actionable. It is good for the customer and it’s good for the provider, because in most cases it’s alerting consumers before they either make a bad choice or get into some financial problem.

KnowledgeToday: Could the services geared at the underbanked provide a model for services for all, [as in] “bottom of the pyramid” entrepreneurship?

Tescher: Prepaid is certainly a good example of that, and American Express’s entrance [into that market] is point number one. I would also say that many of the ideas that we’re talking about are not unique to this market segment; we just think they have particular relevance.

Think about the notion of immediate feedback. When your cash flow is really constrained, having immediate feedback and information is critical. When there is a big cushion in your bank account, it’s not as big a deal. It’s really about coming up with a business opportunity that is positive for business and is responsible and high quality for the consumer.