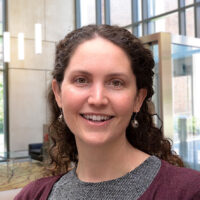 India’s economy appears to be staging a V-shaped recovery after four rounds of coronavirus lockdowns, but a closer look reveals that the economic woes are more severe, according to a recent article by researchers at Wharton and elsewhere. The article, titled “Employment, Income, and Consumption in India During and After the Lockdown: A V-Shaped Recovery?” was published on the website of the University of Chicago Booth School’s Rustandy Center for Social Sector Innovation.

The conventional indicators of trends in unemployment, employment, income and consumption show “rapid improvement” after the lockdowns began to be eased in phases, but those gains are limited. “We do see some recovery in income, but those incomes are staying still substantially lower than they were prior to the lockdowns,” said Heather Schofield, Wharton professor of business economics and public policy and assistant professor of medical ethics and health policy at the Perelman School of Medicine.

Schofield is one of the article’s authors, along with Marianne Bertrand, professor of economics at the University of Chicago Booth School of Business and faculty director of the Rustandy Center and UChicago’s Poverty Lab; Rebecca Dizon-Ross, associate professor of economics at Booth; and Kaushik Krishnan, chief economist at the Centre for Monitoring Indian Economy. Their latest effort is a follow-up of their earlier research that captured the economic distress in India after the first round of lockdowns.

The initial rounds of lockdowns from March through May severely crippled the Indian economy, and its GDP shrank 24% in this year’s second quarter, compared to the same quarter last year. As the lockdowns eased from June and economic activity resumed, key indicators showed improvements: India goods and services tax (GST) collections have risen, as have gross income tax collections; and core industrial production has almost completely recovered from a 38% drop in April. GST collections crossed Rs. 1 trillion in October ($14.5 billion) for the first time in eight months.

The unemployment rate had soared to nearly 25% in April 2020 in the initial run of the pandemic. However, by July, it was fully back to its pre-lockdown February 2020 level of 7%. At last count as of November 28, the unemployment rate was around 6.5%. The stock exchange’s Nifty index of 50 top stocks is higher now than it was a year ago. Furthermore, India’s main crop sowing season (the June-October kharif season) has been strong; industrial activity has picked up; and port traffic, railway freight traffic, and electricity generation have all improved substantially.

“It may not be quite as rosy for you on the ground because your income is actually much lower [than before the pandemic].” –Heather Schofield

The Disconnect with Ground Reality

Admittedly, those indicators suggesting a V-shape recovery “cannot provide a perfect picture of the ongoing experiences of Indian households,” the authors wrote. For example, the GST collections reflect more of taxes on luxury goods. Basic food consumption items such as flour, fresh fruits, vegetables, meat, fish and milk are not generally subject to the consumption tax, they added. That makes the GST revenue data “a poor proxy of the well-being of the typical Indian household,” they pointed out.

Similarly, the unemployment rate calculates employment as a share of the labor force. That statistic may mask discouragement effects, with workers exiting the labor force if they cannot find work, the authors said. It also may not accurately track people who have exited the labor force because of health safety concerns. “Furthermore, even if most Indians have been able and willing to return to work post-lockdown, available labor market opportunities may have worsened, translating into lower incomes and negative pressures on consumption,” they added.

“Even if you’re working, what is the quality of that job? What are the earnings that you’re going to get from it?” Schofield asked. “We’re seeing that any given job is currently earning a lot less than it used to for most jobs out there. So, the fact that you can still be working will show up in the unemployment statistics as working, and things will look good. But it may not be quite as rosy for you on the ground because your income is actually much lower [than it was before the pandemic struck].”

Recognizing that the key indicators – including GST collections and the unemployment rate – don’t necessarily capture many important features of the economy on the ground for the average person, the authors recalculated the gains. “What we’re trying to accomplish with our data is to start to fill in some of those gaps with much more nuanced micro data,” Schofield said.

The authors identified six key trends with that nuanced approach. They first recalculated the unemployment rate. “A better way to track employment trends is to look at the employment-to-population ratio, which considers all the people in this population and not just the fraction of them who are working currently,” Schofield said.

That decline in the employment-to-population ratio was larger when the researchers refined that metric by excluding people who reported being employed but were working zero hours (tracked up to August). “There we see this gap opening up,” said Schofield. The decline was about four percentage points, or 10%, and was larger compared to the pre-lockdown period, the authors noted. Furthermore, they found “no signs of improvement” on that metric between July and August.

“Any given job is currently earning a lot less than it used to for most jobs out there.” –Heather Schofield

In its third finding, the study found that the “negative income shock” during the lockdowns spared very few occupations, and that “the vast majority of occupations experienced very large declines in income.” Among the worst hit were subsistence farmers, small businessmen such as shopkeepers and owners of street side food outlets (called dhabas in Hindi), agricultural laborers, and industrial and machine workers.

The fourth key trend shows that the recovery in per-capita incomes is similar across four of the five income groups. The lowest three income groups, which account for some 70% of the population, saw a V-shaped recovery in their incomes after April and through June. But during the same period, the highest-income group saw its incomes falling and then flattening out after May. “The slowest recovery appears concentrated among higher income households,” the study noted.

Much variation across Indian states in the extent of income declines made the fifth key trend. The per-capita income losses (between April 2019 and April 2020) were the highest in the states of Chhattisgarh (77%), Puducherry (71%), Delhi (66%) and Tamil Nadu (65%). Those incomes recovered almost completely after the lockdowns eased in the states of Karnataka, Chandigarh, Assam and Meghalaya.

The sixth and final trend the study identified was that spending on basic food items continued to remain depressed after the lockdowns eased. Between April and August, spending on milk, eggs, meat, fish, fruits and vegetables stayed 20% to 23% lower than in the pre-lockdown period.

India’s finance minister Nirmala Sitharaman has remained bullish, citing upward trends in major economic indicators including the purchasing managers’ index, energy consumption, bank credit, GST collections, stock market capitalization and foreign direct investment. For instance, energy consumption in October was 12% higher year-on-year, and FDI inflows between April and August this year were 13% higher at more than $35 billion, compared to the same period in the previous year. Sitharaman also noted that rating agency Moody’s had recently revised its growth projections for India’s GDP in calendar 2020 from minus 9.6% to minus 8.9%, which she said buttressed her claim that the Indian economy was rebounding.

On November 12, Sitharaman announced a fresh round of stimulus totaling $120 billion. Branded Atmanirbhar Bharat 3.0 (Atmanirbhar means self-dependence), it took the total value of its coronavirus relief measures to nearly $30 trillion, or about 15% of its GDP. Notable among the features in the latest stimulus are programs to boost manufacturing, fertilizer subsidies for farmers, and allocations for housing, industrial infrastructure and rural employment generation.

Equally notable is a de-emphasis on direct cash transfers. Earlier coronavirus stimulus packages did include direct cash transfers to vulnerable sections of the population, but they represented “such a small proportion of total income that they played virtually no role in stabilizing income for the average Indian household during the lockdown,” the article by Schofield and colleagues noted.

“Targeted cash transfers would be money very well spent,” said Schofield. “[It would be] doing your best to get the money to the people who need it the most – the lower- and middle-income groups. Those are the groups that are kind of cutting back on things like food and the like the most. The more you can get the money to the people who will go out and spend it, the more it will help kick start the economy again.”

Cash transfers and continued efforts to distribute free food grains to weaker income groups through India’s public distribution system would immediately lift food consumption, Schofield said. “If you had the money on hand, you would probably not drop your food consumption as substantially as we’ve seen people do. Many people are still at a point where they just don’t have the cash on hand to buy, even if they wanted to.”