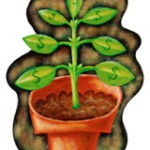 Foreign investment flows to India are on the rise as part of the general movement of capital towards emerging markets, the world’s growth engines of the future. And private equity (PE) is one area clearly picking up in India largely thanks to outside money, according to panel members at the recent Wharton India Economic Forum.

Although India’s overall economy barely suffered, PE investment in India took a big hit during financial crisis because of the blow that PE absorbed globally. Some 80% of PE funds in India come from foreign funds. As PE funds have bounced back over the last year with the world economy, many investors are focusing more on emerging markets with the greatest growth potential, such as India and Brazil.

Mukund Krishnaswami, a founding partner of Lighthouse Funds, a PE company that manages $150 million in India, also warned investors to be “careful of betting big” on the things everybody wants to bet on. “The things you hear are hot today are not going to be hot in three to four years. What matters is what is in demand three, four or five years” in the future. “PE is about getting out” and so the question is, “can you return money to investors? The drivers today may not be the drivers in 2015.”

Krishnaswami recommends that investors be “opportunistic and cast a wide net.” Rather than focusing on one industry, PE firms should be generalists that try to take advantage of mega trends. For example, India is noted for its young population and huge trend towards urbanization. “But what does that mean for investors?” Not everyone is moving into the biggest cities. Instead, people from the country tend to move to tier 4-sized cities, and those in tier 4 cities tend to move to tier 3 cities, etc. “That is the shift,” Krishnaswami said. The trick is to know how consumer needs and aspirations differ at each level and to direct investments in a more nuanced way. Part of making successful PE investments in India will be “understanding what is the micro trend below the macro trend.”

Nevertheless, the maco trend in real estate looks like a good bet, said Gulbir Madan, founder and chairman of Brahma Management. “The big story is the domestic demand story.” There is a “huge demand for residential real estate that is just getting organized.” Anything with good management should do well, he added. More generally, investors should be prepared for “a long-term commitment.” Expect a “lock up of at least 10 years — everything takes longer than it should, and so investors must be extremely patient.”

Madan and other panelists also cautioned that pricing in the PE market generally in India has recovered from the financial crisis and is again on the high side.