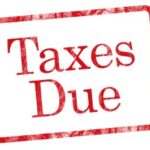 N.R. Narayana Murthy, the Indian IT industry veteran who recently returned as executive chairman at Infosys, has always maintained that the software sector should not be entitled to any special tax advantages. Now, one of the first problems he has to contend with is a Rs. 577 crore (US$98 million) income-tax claim against the company. Infosys is disputing the tax demand.

In an interview to business news channel CNBC-TV 18 in 2010, Murthy had said: “My personal view is that all tax exemptions [for the software industry] must be removed…. I think asking for tax exemption for tens of years is not the smartest thing …. Frankly, I find it somewhat vulgar.”

Rajiv Bansal, chief financial officer at Infosys, says: “Yes, this has been Mr. Murthy’s view and he has been telling the Indian government that [the software industry] should pay taxes. But, as a company, to protect the shareholders’ interest, we have to go with what the law is. As per the law, SEZ (special economic zone) income is exempt from tax.”

Infosys is not alone on the income-tax department’s radar. Other IT companies facing demands include Wipro (Rs. 816 crore), iGate (Rs. 738 crore) and WNS (Rs. 557 crore).

“I think the current problems are more of an interpretation and administration issue by the field [officers],” says Som Mittal, president of industry body Nasscom. Last year, the Indian government had set up a committee to review taxation policies that have a direct impact on the country’s software exporters and business process outsourcing companies. According to Mittal, the circulars are very clear. “The government needs to look at mechanisms to check if the interpretation is being done in letter and spirit,” he says.

Mittal adds that misinterpretation and inadequate administration of existing tax laws cause havoc for software firms because they have to provide for contingent liabilities in their books. “In many cases, we have to write them off. This results in unnecessary discussions with clients. This is not about asking for sops or concessions. We are only saying that what is due as per the existing laws should be given to us.”

But going ahead, should the Indian software industry be seeking exemptions at all? Mittal says: “We are in a competitive world. And if we have to push work to tier 2 and tier 3 cities within India, we have to provide incentives.”

Nitin Karve, executive director at PricewaterhouseCoopers, notes that “most of the exemptions for the information technology industry have virtually gone already, except for the SEZs. And SEZs are obviously much more restrictive.” He adds: “Earlier, [tax exemption] was available to anyone, anywhere, and IT companies were getting the benefit with reference to a substantial part of their income. Today, it would be for a much lower portion of their income.”

Pointing out that each industry has its own imperatives and its own difficulties, Karve adds: “This is an industry which is getting us a whole lot of foreign exchange at a time when we have a huge current account deficit. So whether or not the tax exemptions must continue is a very finely balanced call. It’s not a gift you are giving someone. It’s a balancing of factors both ways. Timing wise, it is certainly not the best time to make any change.”

Tax uncertainties have also been spooking foreign investors in India. Last year in January, the Supreme Court ruled that U.K-based telecom provider Vodafone was not liable to pay tax on a 2007 deal involving the takeover of the Indian telecom assets of Hong Kong-based Hutchinson. Then, in last year’s Union Budget, the government amended the income tax law, retrospectively making the company liable to pay tax. This was disputed by Vodafone. Earlier this month, the cabinet committee on economic affairs authorized the finance ministry to begin non-binding conciliation talks with Vodafone to break the deadlock over the dispute.

Meanwhile Nokia has recently been slapped with an income-tax demand of Rs. 2,000 crore (US$340 million). This is for payments made for using software in handsets made in India. Nokia’s plea against this tax demand has been rejected, and it is gearing up for a legal battle with the income-tax department.

“It is always good to have a well-debated tax policy translated into a robust tax law. Once you have such a robust tax law, you might [still] have someone who escapes through some loophole, since no law can be perfect, but then you should not be tweaking the law and saying that ‘this is not what I meant.’ That creates more damage through instability than the benefits one might get from the tweaking,” says PwC’s Karve.