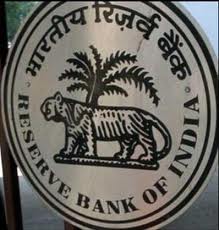 The Reserve Bank of India (RBI) has left interest rates unchanged in its 2012-2013 first-quarter monetary policy review. Announced today, the review was a marking-time operation that was expected. The previous day, the bank had released the latest edition of its “Macroeconomic and Monetary Developments” report, which held out little hope for a cut in rates.

Starved for funds, India’s industrial sector seems to be shifting gear. After months of sitting on the cash, firms are now looking to move overseas with their investments. According to RBI data, foreign investments by Indian companies in June rose by just over 50% to $3.53 billion from $2.35 billion in May. The absolute numbers show that this is in no way a huge trend — a single deal, like the Tata Group purchase of Jaguar Land Rover in 2008, was for $2.4 billion. Bharti Airtel acquired Zain Telecom’s Africa business for $10.7 billion in 2010.

But the domestic market is looking more and more unattractive to Indian firms. The RBI has its hands tied because inflation is too high. “Inflation remains well above the comfort zone of the RBI,” says Governor D. Subbarao. The monsoons so far this year have been very poor; rainfall up to July 25 was 22% below its long period average (LPA). The distribution has been uneven. In the Northwest, rainfall is 39% below its LPA. Lower rainfall affects crops and, consequently, food price inflation.

The RBI made only one concession to industry’s clamor for a cut in rates: It reduced the statutory liquidity ratio (SLR) from 24% to 23%. SLR is the percentage of deposits that a bank must keep in cash or liquid assets. Lowering the SLR theoretically gives financial institutions more money to lend.

Kishore Bang, vice chairman and managing director of equity research house Nirmal Bang Group, doubts whether this move will help. “Banks have started deploying more funds in government securities and are maintaining SLR greater than the required limit,” he notes. “Therefore, even though the SLR cut provides more leeway to banks to disburse funds to productive sectors, it may not provide any short-term stimulus to India’s economy.”

For a short-term stimulus, businesses are now looking to Delhi and the resumption of the reform process. Union Home Minister P. Chidambaram has just been appointed the new finance minister and he is unlikely to start making radical moves overnight. Under Prime Minister Manmohan Singh, who held the finance portfolio that he took over when former finance minister Pranab Mukherjee became president, very little happened. There was some noise over an opening of foreign direct investment (FDI) in retail. But allies in the Congress-led government shot down the proposal. Plans have been announced for further public sector disinvestment. That measure still has to run the opposition gauntlet, however.

Thus, many firms are opting to take their money abroad. A study by Apex Chamber of Commerce Assocham points out that in May, 68 domestic firms invested abroad in sectors such as wholesale, retail, hotels and restaurants. “It will not be possible for India to keep its doors shut for FDI in retail,” predicts Assocham president Rajkumar Dhoot.