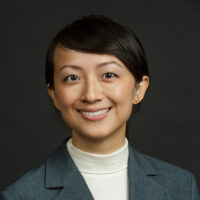 Everyone considers their home as an investment that gains value over time, and that explains why homeownership makes up most of household wealth both in the U.S. and globally. So it’s natural for homeowners who want to sell their house to expect more than what they paid for it — even if its current market value is lower.

That psychology drives homeowners to list their homes at higher-than-market prices and produces two outcomes, according to a paper titled “Reference Dependence in the Housing Market” by Wharton finance professor Lu Liu along with other experts. One outcome is that the psychological dependence on the original purchase price generates an aversion to losses that is 2.5 times larger than the prospect of gains. Two, homes that list above market prices stay longer on the market before they get sold. The findings help explain why home prices typically move in tandem with sales volumes, and why a period of decreasing house prices (increasing the number of households experiencing losses) can lead to reduced turnover and market illiquidity.

The study analyzed data on the Danish housing market between 1992 and 2016. The researchers gathered comprehensive data on ownership and transactions covering all registered housing properties in Denmark, along with property listings data and mortgage data, and owner/seller demographic data such as aggregated household income and wealth data.

The Psychological Factor in Home Prices

Essentially, Liu and her co-authors quantified the concepts of “reference dependence” and “loss aversion” in the Prospect Theory, a behavioral model that was propounded in 1979 by Daniel Kahneman, an Israeli-American psychologist and economist who won the 2002 Nobel for economic sciences, and Amos Nathan Tversky, an Israeli cognitive and mathematical psychologist.

Households are so attached — or “reference dependent” — on what they originally paid for their homes that they want a profit on top of that when they sell their homes. That desire for profit shows up as a “listing premium,” or the difference between the price at which they list their homes and the “fair market value” or the prevailing market value. The study found that when households putting up their homes for sale face the prospect of not making a profit on their original purchase prices, they raise their listing prices. The listing premiums get higher as the potential losses get bigger. When plotted on a chart, in many cases the prices at which the homes are eventually sold are bunched exactly at their original house purchase prices. The listing premiums then drop as the potential losses get smaller. That pattern shows up in a “hockey stick” shape, which captures the degree of households’ desire to avoid losses.

“Homeowners try to push the list price higher, just so they can offset that potential loss. We think of this as a psychological preference.”— Lu Liu

Liu offered an example of a house that was originally bought for $150,000 and has a current market value of $145,000, implying a $5,000 loss if the homeowner puts it up for sale. “According to pure rational logic, the past sales price should not affect how you set your current list price,” she said. “We see that homeowners try to push the list price higher, just so they can offset that potential loss. We think of this as a psychological preference.” That aversion to losses has an “asymmetry” in that it is greater than the prospect of a gain, the study found. “They care more about the losses than the gain,” Liu said. The study estimated the loss aversion as 2.5 times more than the potential gains. This psychological preference, however, comes at a cost: Setting a list price that is 20% higher than the current market value reduces the probability of a swift sale by 20% to 30%, the paper pointed out.

Those traits of dependence on the original purchase price and loss aversion were equally pronounced when the household selling a home faced a down payment for its next home. “A lot of people selling homes are repeat buyers; they’re sellers in one market and buyers in another market,” Liu noted. The down payment, which the paper described as a “home equity constraint,” is 20% in Denmark. So, households also set higher listing prices when they are squeezed to make a down payment on their next home — a financial, rather than a psychological, factor.

The authors designed a model to capture the various parameters influenced by market conditions that are involved in selling a house. Starting with the persona of a “rational” seller, who simply derives utility from the final sale price of the house, the study weighed the options for reference-dependent sellers who either make a gain or suffer a loss. The model also factors in the effect of financial constraints on sellers who pay off an outstanding mortgage when selling a house, and must make a down payment to finance a new house purchase; it also incorporates a “penalty parameter” for any shortfall if the home equity realized after a sale falls below the required down payment.

Sellers have a disproportionate impact in setting housing prices, Liu said. The study found that the down payment constraint can account for about 60% of the correlation between house prices and sales volumes, and 40% is accounted for by their psychological preference to make a gain over their original purchase price.

“When prices go down, sellers who are loss-averse and constrained by a down payment set higher listing premia, which makes the market illiquid because fewer people are willing to pay a big premium,” she said. “So, quantities go down just at the time when you need them. When you need the market to be liquid, there’s an exacerbating effect that may reduce prices further.”

According to Liu, the main contributions of the paper are three-fold. One is in modeling the relationship between listing premia and reference dependence on the original purchase price of a home and the asymmetry between loss aversion and potential gains. Second, it quantified the degree of loss aversion to show that households are approximately 2.5 times more sensitive to losses than gains, supporting previous evidence from lab experiments in an important real-world market where households have high financial stakes. Third, it used its estimate of loss aversion to explain the movement of housing supply and prices.

The study’s findings help “pin down the sources of the asymmetric effects of house price changes on house selling decisions,” and also explain why property owners appear “locked in” to their houses during market downturns, the paper noted. Those insights will help in gaining “a better understanding of labor mobility, and informing housing and mortgage policy.” Illiquid housing markets where homes take longer to sell make it more difficult for people to move jobs, Liu explained.

One important takeaway for regulators is that “in general, a more homogeneous housing stock, with more transparent pricing may make housing markets more liquid,” said Liu, as it disincentivizes sellers to set high listing premia. She noted that the hockey stick slope was flatter in more homogeneous markets, or those where homes have similar characteristics. Also, “the psychological effect is stronger in markets that are less transparently priced,” she added. Interestingly, the authors also find that households who are not down-payment constrained seem to set higher listing premia with respect to their expected losses and vice versa. In other words, “the luxury of being unconstrained appears to allow more psychological motivations such as loss aversion to come to the fore,” the paper stated.

Liu said their paper builds “a detailed and careful model” of how households make home sales decisions, and then maps that to the data to provide “a rounded view of why people seem to set certain prices.” Those effects may play a larger role again in an environment of decreasing house prices in the near future, she noted.