All too often, firms continue to invest in losing ventures in the misplaced hope that they will somehow turn around to profit after the initial investment. Those are “sunk costs” and are unrecoverable, but the firms are so strongly committed to them that they don’t want to let go of the assets in divestitures. In a recent research paper titled “In Too Deep: The Effect of Sunk Costs on Corporate Investment,” Wharton finance professor Marius Guenzel presented evidence that firms “systematically fail to ignore sunk costs and that this leads to significant distortions in investment decisions.”

“When you take your first econ or finance class, the professor will always say sunk costs shouldn’t matter,” Guenzel said. But CEOs tend to ignore that maxim when they make acquisitions and presumably many other investment decisions, he noted, adding that it is very much a human trait. “We tend to take sunk costs into account in our daily lives and we tend to justify our behavior with resources we’ve already spent.”

Sunk costs shouldn’t matter in investment decisions because those decisions should be forward-looking, Guenzel said. “You shouldn’t base your decision on something that has already happened that you can’t change,” he explained. But true to “the old adage throwing good money after bad … people frequently act in striking contrast to this principle and are more likely to stay committed to ventures in which they have invested substantial resources,” the paper noted.

Behavioral researchers and corporate finance textbooks have warned about the role of “sunk cost effects” in investment decisions of firms. Guenzel’s paper broke new ground in providing empirical evidence to demonstrate the existence of sunk cost effects, and how it affects investment decisions at firms. “Under standard economic assumptions, we should see no relationship between sunk costs and divestiture rates,” he said. “But I do see an effect.”

Guenzel’s research covered acquisitions at publicly held firms between 1980 and 2016. After applying various filters, the final dataset had 558 observations, comprising divested and non-divested acquisitions. It focused on stock-financed M&A deals with a “fixed exchange ratio,” where the seller received a fixed number of shares in the acquiring firm; the dollar value of the acquisition depended on the acquiring firm’s share price at the time of completing the deal. In the empirical analysis, the paper compared firms that announced and concluded an M&A deal in the same year.

“If it is my decision to spend the money, then I become more attached to it. I want to justify my own decisions in the past.” — Marius Guenzel

Between the announcement and completion of an acquisition deal, the share price of the acquiring firm increased by 1 percentage point relative to the acquirer size for a typical deal, the paper found. The attachment to sunk costs in such acquisition deals decreases subsequent divestiture rates by between 8% and 9%, Guenzel’s research found. The research did not find the same effect in deals that had a “floating exchange ratio,” where the deal value in dollars is fixed.

“Excessive commitment triggered by sunk costs generates substantial real effects and erodes firm performance,” the paper stated. The distortions in investment decisions were more pronounced in firms that were not financially constrained, it added. They were also driven by CEOs who made the initial acquisition, and were concentrated in firm-years in which the acquiring CEO was still in office. The distortions were also “amplified in firms that are likely run by less sophisticated CEOs.”

Guenzel explained the CEO mindset at play in the sunk cost effect: “The underlying psychology is that if it is my decision to spend the money, then I become more attached to it. I want to justify my own decisions in the past. It’s not that the previous CEO [invested in] something and now I’m throwing good money after that. I throw good money after my own bad money.”

Guenzel offered two examples of attachment to sunk costs. One was the failed Concorde aircraft venture, which saw massive investments by its promoters — the British and French governments — between 1976 when it entered service, and 2003 when it was retired. He also mentioned Meta (formerly Facebook) and its metaverse and virtual reality venture, which had lost more than $30 billion at last count, and led to massive layoffs. “They’ve spent a lot of money and now they’re throwing even more money into it,” he said of the metaverse project. “But it checks all the boxes for maybe there’s some element of sunk cost here.”

Could firms avoid the downsides of sunk cost effects? “Taking sunk costs into account is hardwired in the way we think,” said Guenzel. But there are ways to avoid that. “Maybe the broader organizational response could be to make decisions in teams or even have the divestiture decision be made completely by someone else than [the person who made] the acquisition decision.” 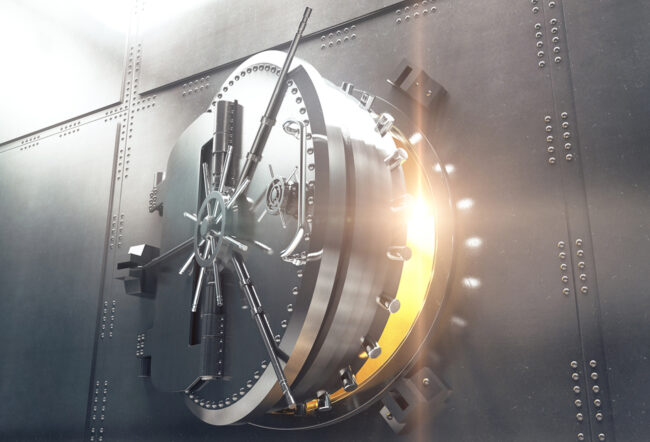