Wharton marketing professor Gideon Nave wants to know what makes people tick. Specifically, he studies the relationship between biology and decision-making. He latest research focuses on how hormones and stress alter the way people think, and he found some interesting results.

Knowledge at Wharton: Give us a brief overview of your research.

Gideon Nave: I came to Wharton from a neuroscience department, and my work is mostly focused on the biological basis of how people make decisions. We all know that the way we make decisions is influenced by our biological state. Things like hunger, sleep deprivation and stress influence the process of decision-making, and I’m trying to study this in a rigorous way, using lab experiments and some biological data.

Knowledge at Wharton: What have been some of the key takeaways from your research?

Nave: One of the things I study is hormones and how hormones influence decision-making. We all know the dominant situations in which different hormones fluctuate in our bodies. Stress is a good example. We all have a very clearly measurable biological stress response that consists of elevation of several hormones in our body, like noradrenaline and cortisol. One of the things that I am studying is how cortisol specifically affects decision-making. We do it by pharmacologically administering this hormone to people under a double-blind and placebo-controlled protocol.

“We are living now in a time when we can measure and manipulate a lot of factors that we couldn’t in the past.”

What’s interesting is that giving cortisol to people is not stressing them out. Cortisol is actually a stress response. It’s something that makes people more relaxed. But the interesting thing that we find is that even though people are not aware of the fact that they received cortisol, we see very clear behavioral effects of this drug on how people make decisions.

One thing we take a look at is the trade-off between people’s accuracy and speed when making the decisions. We have this paradigm called the Cognitive Reflection Test. I don’t know if you’ve heard about it, but I can give an example using one question.

Knowledge at Wharton: That would be great.

Nave: So, there is a baseball bat and a ball. Together, they cost $1.10. Now, the bat costs a dollar more than the ball. What’s the price of the ball?

What we see is that when you give cortisol to people, they’re more likely to do what you just did and say 10 cents and not deliberate and think it through, even though they have some incentives to really think it through, and they get paid for being correct. They’re just giving their gut answer faster, as if they’re under a kind of time pressure. They’re more likely to rely on this incorrect but simple heuristic in the decision-making process. I’ve used this test many times, and I find it quite interesting to study.

We have other studies where I give testosterone to people. Testosterone is a hormone that is involved in instinctive behaviors in animals, such as intra-male aggression and mating behaviors. Again, it typically rises in contexts where it’s better to act fast, and we see again that men who receive testosterone are more likely to fail in questions like the bat and the ball ones.

“The best type of behavioral data we can get is now coming from marketing and online behavior.”

I think it’s important that we pay attention in these situations and make sure that this won’t happen. For example, once you’re stressed, if you’re put in an environment that you know well, perhaps you’ll respond well. But if you’re put in a completely novel environment and given some easy-to-fail questions, you may be worse off dramatically because of being stressed. I think it’s important that we know when and where to expect these fatal mistakes.

Knowledge at Wharton: It seems that from the point of view of a retailer, for example, if you can figure out what state the customers are in when they come in your door, then you can try to adjust your environment accordingly. You could try to make them less stressed or point them toward the decision you want them to make.

Nave: That’s true. One would say that maybe you can manipulate people more easily when they’re stressed or when they have this boost of testosterone. On the other hand, I don’t know if that’s what you want to do because we want customers to be satisfied overall. If they’re more likely to make mistakes, they’re more likely to regret their purchase, enjoy it less and not come back. Again, it depends on the situation. But on my side, I think it’s better to know. Also, for me as a customer, it’s better to know that when I’m stressed, I’m not going to go to the supermarket.

Nave: We are living now in a time when we can measure and manipulate a lot of factors that we couldn’t in the past. It’s not only hormones; I’m talking about brain activity. We can look at where you’re looking at, eye-tracking data. We can look at brain images, meaning the anatomical structure of the brain. We can look at genes. All of these things are measurable nowadays, and we can learn a lot about individual differences between people from these measures. I think it’s a very exciting time to be working on this intersection between biological science and behavioral science. And obviously, the best type of behavioral data we can get is now coming from marketing and online behavior. 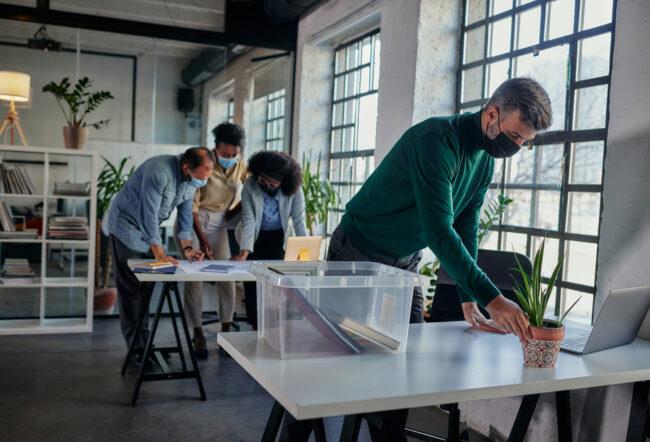 Finding Balance in a Post-pandemic Workplace