How Parmalat Differs From U.S. Scandals 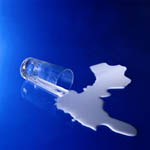 When the Parmalat scandal broke in mid-December it was quickly dubbed “Europe’s Enron,” suggesting that multi-billion dollar frauds are not, after all, a predominantly American phenomenon. But is the case of Parmalat, an Italian dairy company based in Parma that employs 36,000 people in 29 countries, really analogous to the American corporate scandals of the past three years?

Since the Parmalat case is still unfolding, it’s not clear to what extent it mimics the American cases, but there certainly are surface similarities, says Robert E. Mittelstaedt Jr., Wharton’s vice dean and director of executive education. “In some ways it’s no more than a symptom of the times; these are people who had great ambitions and when those ambitions weren’t being realized they wanted to create what wasn’t there. It’s no different than what went on with other companies like Enron.”

Parmalat, Enron, and other American firms such as Tyco and WorldCom all have number fudging at their core – efforts to make the companies look healthier than they were. They all raise questions about the behavior of accountants, auditors and underwriters who might have, should have, or did know that something was wrong.

These days “large companies seem prepared to engage in some appalling kinds of mischief in order to boost stock price or maintain market share,” says Thomas Donaldson, professor of legal studies at Wharton. That was not true 20 or 30 years ago, either in the U.S. or overseas, he adds. The Parmalat case demonstrates that it’s not just an American problem but the result of attitudes that are “baked into the contemporary mindset” of many corporate executives worldwide.

That said, Donaldson notes, Parmalat does have some unique features. Although the case is comparable in magnitude to Enron’s by some measures, “the way in which it was accomplished was very different … [Parmalat] is much more of a common, garden-variety fraud, but on an immense scale.” A key element of the Parmalat case, for example, was the outright forgery of a letter saying the dairy company had $4.9 billion on deposit at Bank of America.

Parmalat’s collapse began in November when its auditor raised questions about a $135 million derivatives profit. After additional evidence of accounting misstatements, the company’s chief executive and founder, Calisto Tanzi, resigned on Dec. 15. Four days later the company disclosed the fake Bank of America letter. On Dec. 23, Italian investigators said the company had used dozens of offshore companies to report non-existent assets to offset as much as $11 billion in liabilities, adding that Parmalat may have been falsifying its accounting for as long as 15 years.

Parmalat filed for bankruptcy the next day. On Dec. 27, Tanzi was detained by police. Seven other executives were detained several days later. Then on Dec. 29, the U.S. Securities and Exchange Commission filed suit against Parmalat, charging it had used phony financial statements to get U.S. investors to buy more than $1.5 billion in securities.

Investigators believe more than $10 billion may have been drained from the company. They are looking at what role, if any, might have been played by the company’s auditors, the Italian affiliates of Grant Thornton and Deloitte & Touche, and foreign banks, including Citibank and Deutsche Bank, which helped Parmalat do business. Among the more bizarre allegations: that a Parmalat switchboard operator was unwittingly listed as the chief executive of more than 25 affiliates used to disguise the company’s financial problems.

Initially, it appeared that the accounting maneuvers were designed to keep the company afloat after it lost fortunes in Latin America, rather than to directly enrich Tanzi and his family – though certainly they had a financial stake in seeing the company survive. In that respect, the case looked different from many of the American cases, such as Tyco and Enron, where the chief goal appeared to be enriching a handful of insiders. Most accounts say the Tanzi family lived a relatively modest lifestyle given their wealth. That can’t be said of the Americans accused of wrongdoing, such as the party-throwing, jet-setting chief executive of Tyco, L. Dennis Kozlowski.

By the second week in January, however, there were reports that the Tanzi family did directly benefit from some improper activities. Investigators said the company’s former chief financial officer reported that Parmalat’s Swedish packaging supplier, Tetra Pak, had paid the Tanzis millions in kickbacks. And prosecutors said Tanzi admitted shifting some $620 million from Parmalat to his family’s travel businesses.

Like the American cases, the Parmalat scandal has raised questions about how the company could fudge its numbers for so long without outside help. The auditors, says Mittelstaedt, should at the very least have spoken to Bank of America to verify it held the $4.9 billion Parmalat claimed.

Investigators are looking into whether Bank of America was in any way involved in the false claim, though the bank says it was not. The bank cannot reasonably be expected to search the world to see if someone is using its name improperly, Mittelstaedt notes, adding, however, that the companies that underwrote Parmalat’s bond and stock offerings should have investigated fully enough to learn the company could not back up its financial statements.

Although Parmalat shows that financial shenanigans can happen in Europe, Peter Cappelli, director of Wharton’s Center for Human Resources, thinks “it’s harder outside the U.S.” In the 1990s, federal legislation in the U.S. limited the corporate tax deduction to the first $1 million in executive salaries, spurring the turn to stock options as an alternative form of compensation. Because they typically expire in 10 years, options give executives an incentive to boost share prices in the short term, and some companies used accounting games to do so, Cappelli says.

As executive compensation packages got more complex, Cappelli adds, companies put more reliance on compensation consultants, who tend to feel they are working for the CEO and need to promote higher pay to keep the business. In the U.S. it’s acceptable for executives to reach for ever-greater compensation and perks. “It’s not very common in Europe,” he says. “I think that’s mainly what holds [things] in check, these social norms.”

In general, European companies have not followed the U.S. model. European executives are not paid as much and don’t have the same incentives to boost short-term performance at the expense of their companies’ long-term health.

Donaldson notes, however, that Italian business culture makes scandal somewhat more likely than it is in other European countries. “Parmalat would have been much more difficult to effect in Germany or Sweden or Great Britain. It’s no secret that the sometimes almost familial networks of friendship and business ‘clubbyness’ can go wrong as well as right.” Italy, Donaldson adds, “has many great strengths, but it also has many weaknesses, from the influence of the Mafia to the tendency of people in government and industry to engage in sweetheart relationships.”

In some respects, the Parmalat scandal reflects the effects of globalization and the increasing use worldwide of exotic derivatives to hedge risks such as currency fluctuations. Parmalat had some 200 affiliates, subsidiaries and other opaque relationships, just as Enron had a raft of “special purpose entities” used to hide debt.

In the wake of Parmalat, the European Union has announced plans to tighten accounting standards. One proposed change would require that a single auditor be designated to take overall responsibility for a company’s statements, which is the practice in the U.S. Investigators believe Parmalat’s use of two auditors left gaps that made the accounting maneuvers easier.

There also is a proposal to create auditing oversight agencies in each of the 15 member nations, similar to the oversight board established in the U.S. after Enron.

Donaldson suggests that while regulatory reform, oversight and enforcement are important, “smart people are always capable of finding clever ways to get around the rules. In the end, there’s no substitute for having people with consciences doing what they know is right … I have always believed being a manager is a professional activity. In order for it to be a true profession, it has to have an element that is not just centered on self-interest but is centered on the quality of the water in which we all swim.”