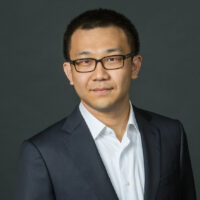 Distressed corporate borrowers could be shortchanged as they are at the mercy of “oligopolistic structures” where a few specialized lenders control market power, according to a recent paper titled “The Cost of Intermediary Market Power for Distressed Borrowers” by finance professors Winston Wei Dou at Wharton, Wei Wang at Queens University’s Smith School of Business in Kingston, Canada, and Wenyu Wang at Indiana University’s Kelley School of Business.

Distressed loans are typically made by groups of lenders that operate through syndicates, which opens up the potential for “tacit collusion” among them, the paper stated. “If tacit collusion could be eliminated, distressed borrowers would obtain significantly larger loans at much lower spreads,” but in the process, distressed borrowers may find it harder to find the loans they need, the researchers wrote.

The authors found that with “imperfect competition that leads to large lenders’ market power,” distressed borrowers end up paying “a substantial unexplained yield spread,” even after adjusting for the risks they represented. This was true of both components of the distressed debt market they studied: “Distressed loans,” which are made to companies in financial distress, but not yet bankrupt; and the “debtor-in-possession (DIP)” loan market, where the borrower firms are already in Chapter 11 bankruptcy.

In the case of distressed loans, they found that over the 2001-2017 period, the yearly average risk-adjusted yield spread in the distressed loan market “remained stable at a very high level,” fluctuating roughly between 200 and 400 basis points. In the DIP loan market, where they studied the 2002–2019 period, they again found “very high” risk-adjusted loan spreads of between 400 and 750 basis points. “This pricing behavior contrasts sharply with that in corporate bond markets in which the credit- and liquidity-risk component – accounts for almost all the bond yield spread,” they stated, citing prior research.

“The market for distressed corporate loans is like an ICU.” — Winston Wei Dou

Closed Clubs and Potential for Collusion

As Dou put it, “the market for distressed corporate loans is like an ICU,” where borrowers have limited options and a few lenders have the requisite specialties. He said lenders’ syndicates in the distressed loan markets can operate as closed clubs; if a lender chooses to break away from that club, it can be penalized by being shut out of the tacit coordination for future deals. “The fundamental mechanism of implicit collusion is if you deviate, there will be punishment in the future,” he said. Lenders routinely try to forecast future deal flows by estimating the level of distress or bankruptcy filings the economy could see in the next year or two years, he added.

While the study of trends in distressed loans and DIP loans exposed the market that power lenders commanded, it did not empirically establish collusion between them. The authors overcame that obstacle by developing a research model. “Our paper is perhaps the first to build and estimate a dynamic collusion model of syndicated loans for distressed borrowers,” said Dou. “We can link that model to the data, and we can provide identification for key parameters like collusion capacity,” he added.

For their model, the authors assembled a dataset comprising 432 distressed loan facilities from 2001 to 2017 and 297 DIP loans to large U.S. public firms that filed for Chapter 11 bankruptcy from 2002 to 2019. They found that “lenders’ tacit collusion contributes to a sizable component of the risk-adjusted yield spread,” ranging from 170 to 190 basis points, in both markets. Second, borrowers in both markets exhibited similar and “low price elasticity of demand,” which meant that changes in the interest rates charged by the lenders did not significantly change the demand for such loans.

“The fundamental mechanism of implicit collusion is if you deviate, there will be punishment in the future.” — Winston Wei Dou

In the real world, distressed corporate borrowers could hope for fairer markets, if regulators intervene and bring remedies, Dou said. “Small borrowers are more vulnerable to the market power of institutional lenders, and policies aiming at helping distressed companies in economic and financial crises should target more at small firms,” the paper recommended.

According to the paper, government intervention could try “disciplining” the markets of distressed loans, thus reducing borrowing costs and making it easier for borrowers to find credit. The paper’s model studied the effect of regulatory intervention in the form of an interest rate cap. But here, the study revealed “a few intriguing implications.” As loan spreads are capped, specialist lenders have less incentive to collude to a small loan size; instead, they boost their profits by increasing individual loan amounts. In that exercise, borrowers will benefit with higher loan amounts and lower spreads. But the rate-cap also reduces the expected profits for specialist lenders and thus discourages their participation in the lending market, thereby hurting the credit accessibility of troubled firms, the paper noted.