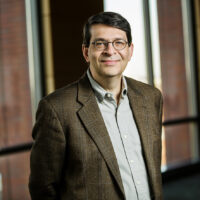 When executives of Astronics Corp., a Buffalo, N.Y., company that provides specialized lighting for civilian and military airplanes, were preparing to spin off a printing and packaging division in early 2003, they almost overlooked a key player — the company’s biggest institutional investor, mutual fund giant Fidelity Investments.

Had Fidelity spurned the spin-off and sold its shares, it could have “devastated” the share prices of the tiny company (market capitalization: $55 million) and its spin-off, says Deborah K. Pawlowski, a veteran investor relations consultant who had just been brought on to help in the process.

Pawlowski says she quickly arranged a meeting with Fidelity’s portfolio managers. It was the first time company executives had ever met the fund’s officials. Among other things, she also made sure there would be market makers for the stock of the spin-off, MOD-PAC Corp.

As it turned out, Fidelity did not flee and MOD-PAC started life trading above the $5 a share mark, which ensured that it would be traded on the more widely followed NASDAQ National Market rather than the NASDAQ Small Cap market. While Fidelity has since departed from MOD-PAC, the company’s shares now trade above $15 and Astronics’ share price of over $7 is near its 52-week high, justifying everyone’s rationale for the split.

Chalk up another success for investor relations, the myriad of outreach activities companies undertake to attract investors.

It’s one of many, especially when it comes to small- and mid-capitalization companies that typically are traded on the NASDAQ and OTC markets, according to Brian J. Bushee, a professor of accounting at Wharton and Gregory S. Miller, a professor of accounting at Harvard Business School. The two researchers recently wrote Investor Relations, Firm Visibility and Investor Following, a paper that documents the impact of investor relations activities on the market prospects of small companies.

“We find that these companies have significant increases in their disclosures [of financial and other corporate events], press coverage, trading activity, institutional investor ownership, analyst following and market valuation after hiring the IR firm, both in absolute terms and relative to a control sample matched on exchange, industry, time listed and prior investor following,” the authors write.

Bushee and Miller’s conclusions are based on a survey of 184 companies that hired 33 investor relations consulting firms between 1999 and 2004. The study includes detailed interviews with 11 of the IR firms, including Kei Advisors LLC of Buffalo, N.Y., where Pawlowski is chairman and chief executive officer. Three fourths of the companies are listed on NASDAQ or the OTC Bulletin Board, and they represent 59 industries. Only two of the industries — computer services (8%) and software (6%) — account for more than 5% of the sample.

The impact is not uniform. “NASDAQ companies experience bigger increases in institutional investor and analyst following, whereas companies on the OTC Bulletin Board and Pink Sheets experience greater increases in trading activity and disclosure,” the paper says. Companies traded on NASDAQ generally are larger than those traded over the counter. The IR strategy often unfolds in stages, “with increased visibility and trading by the existing investor base preceding increases in following by institutions and analysts.”

For small companies, which in the best of times struggle to be visible to potential investors, tighter regulations in the aftermath of corporate scandals have made the IR function even more crucial, the authors note. These companies — most of them unable to afford in-house IR specialists — are therefore turning to investor relations consultants to help them “navigate the more complex communication process” created by reform measures such as Regulation FD, which prohibits selective disclosure of material nonpublic information, and the sweeping Sarbanes-Oxley Act.

Companies need to be more attentive than ever not only to what they tell investors but how they convey that information so they don’t fall afoul of the rules. At the same time, “both regulations are viewed as having decreased analysts’ interest in following small- and mid-cap firms, making it important to have an effective way to attract that attention,” the researchers’ paper notes.

Analysts at Wall Street brokerage firms who once tracked small companies in hopes of attracting investment banking business cannot do that anymore for fear of raising conflict of interest questions. Companies in turn cannot favor selected analysts in releasing corporate information. The end result is that smaller companies are having a harder time gaining analysts’ attention.

All this has heightened the importance of IR professionals to companies that are seeking to be heard by investors over the crowd of other such companies also clamoring to be heard. “Most academics would say it is pretty surprising that you can just go out and pay somebody to help you manage your investor relations and produce significant results,” Bushee says in an interview. After all, the well-known efficient-market hypothesis suggests that investors and analysts already know everything that needs to be known about companies and “hiring someone to change their minds would not work.” But it does, he says.

So what does a good IR firm do? “The first thing is it works with the client company to help it refine the story” it wishes to tell analysts and investors, Bushee says. That in part may involve persuading the company management to provide additional or fuller public disclosures of financial and non-financial information, beyond what is required by the Securities and Exchange Commission. For instance, it could provide details of a long-term agreement with a customer or the start of a new phase of drug trials.

The IR firm also arranges meetings between the company management and large institutional investors, or the “buy side,” as well as analysts at brokerages, or the “sell side.” The goal is to make buyers and sellers of the stock comfortable with the company’s management, Bushee says. “A lot of these firms are loss-making firms,” he adds. “You can’t value them on price-earnings models, but instead must rely on whether the management has a good idea, whether it has a good business plan and whether it is doing the right things to get to profitability. A lot of bets investors are making are on the management, not on the financials.”

In this context, reputable IR professionals tend not to accept clients looking only for a short-term boost in stock price, according to the paper. “Almost all of the IR professionals expressed concern that such situations would inadvertently lead to being involved in a ‘pump and dump’ scheme,” the authors note. In pump and dump schemes, unscrupulous companies artificially and temporarily boost their stock price so insiders can take a profit.

“Part of what goes on is that you have one opportunity to do this,” Bushee says. “You are hiring an IR firm, and making a commitment to be there to answer questions from investors and analysts. If you disappear when things go bad, you will lose [these investors] and never get a chance to do this again.”

Two Versions of a Press Release

At Kei, clients can expect a strategic rather than tactical approach to the investor relations task, Pawlowski says. “A lot of them see investors in an undifferentiated way. I say there are individual investors out there and your task is to find out what each wants to hear.”

IR is equal parts communication, marketing, finance and law, according to Pawlowski. “A company is like a living organism. It grows and evolves and goes through cycles, and so its investor profile also changes. Management must help investors understand where the company is headed and what will happen to the future cash flow.”

Her profession has come a long way since the 1980s, Pawlowski adds. IR has evolved to match the growing role of large institutional investors and mutual funds in stock ownership and the demands placed on companies more recently by regulatory changes, she says. The large investors have become increasingly sophisticated and voracious consumers of company data and analysis. That, in turn, has raised issues of selective disclosure and attracted new SEC rules, such as Regulation FD, to level the investment playing field.

Years ago, Pawlowski used to do two versions of a company press release: One was a simple recitation of its sales, net income and earnings per share, aimed at unsophisticated readers of news wire services. The other was aimed at the financial community and went farther in parsing the company’s financial statements. “Now, this would be a violation,” she says.

At the same time, the so-called “global settlement” engineered by New York Attorney General Eliot Spitzer has had a hand in tilting the investor relations landscape toward the buy side, says Louis M. Thompson Jr., president and chief executive officer of the National Investor Relations Institute. Under the settlement, Wall Street firms paid $1.4 billion in penalties after revelations that their analysts exaggerated the merits of companies that brought investment-banking business to the firms and have separated their research and investment banking functions to avoid future charges of conflicts. “If you are a research analyst, you don’t talk to an investment banker without a lawyer in the room,” Thompson says.

That has meant that smaller, often marginally followed companies have lost analyst coverage altogether. Companies that once could gain the stock market’s attention by talking to a handful of analysts must now reach out directly to potential investors, a more time-consuming and expensive task, Thompson says. (Small companies should expect to pay between $60,000 and $120,000 a year for the services of a good IR firm, Pawlowski says.)

Thompson cautions, however, that “the job of IR is not just to boost the stock price, although most CEOs look at their IR person and say, ‘I want you to get my stock price up.’ But you don’t grab that hook. Your job is to get information out about the company in an evenhanded way, good and bad news, and then the market has to decide” how much it values the company.

Bushee cautions that IR is not simply an act of advertising. In hiring an IR firm, a company’s management is making some onerous long-term commitments to investors, including providing them with more access to management and more disclosures. “It’s not that you can just hire someone to shill your stock and then people will buy it,” he says.