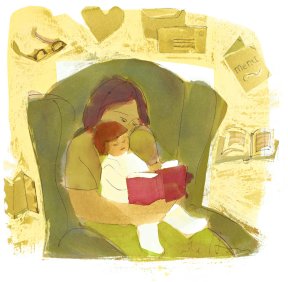 Nabbing a coveted spot in Head Start is often viewed as a financial and educational boon for low-income families who couldn’t otherwise afford to send their children to preschool — despite studies showing that the academic advantages of the federal program are not long lasting.

But recent research by Wharton business economics and public policy professor Alexander Gelber indicates that another benefit of Head Start is more enduring — that parents capitalize on the opportunity by investing more in their sons and daughters. They read to them more, take them on outings and, in the case of fathers who do not live with their children, are more of a presence in their lives.

“There are a lot of questions about whether government activity displaces activity by the private sector — that if the government does more in a certain area, the private sector does less,” Gelber says. In the area of education, that could mean that federal programs such as Head Start would supplant the role of parents — indeed, at least one previous study found that schooling actually decreased parents’ investment in children and thus weakened the effectiveness of Head Start programs.

But after analyzing data from the Head Start Impact Study — which followed about 4,500 eligible families for a number of years to see how gaining or not gaining a spot in Head Start for their three- and four-year-old children affected their lives — Gelber and co-author Adam Isen, a Wharton Ph.D. student, found the opposite to be true.

In, “Children’s Schooling and Parents’ Behavior: Evidence from the Head Start Impact Study,” they note that parents with children who attended Head Start read to their sons and daughters more often and for longer periods than families with children who were not part of the program. They were also more likely to take their children to visit a museum or historic site, and to set rules for things like how often their sons and daughters were allowed to watch TV. Fathers who didn’t live with their children spent more days visiting them, even after the boys and girls were no longer part of Head Start.

“There’s a finding that when kids are enrolled in Head Start, their test scores increase, but after they are no longer enrolled, the gains fade very quickly,” Gelber notes. “What was interesting is that the parent interaction gains didn’t fade out completely.” For example, Gelber says absent fathers of children who had been enrolled in Head Start, but were no longer participating, still spent about one day more a month with them on average than fathers of children who did not gain access to the program.

The study didn’t pinpoint exact reasons why parents with children enrolled in Head Start invested more in them, but Gelber suggests that there could be several possible explanations, including that parents are encouraged to interact more with their children as part of the program or that they begin to mirror the behavior of highly involved peers with children attending the same school. Head Start may also simply make children “more pleasant to be with,” the authors write, or is seen as such a windfall that parents want to make sure they maximize its value.

“When policymakers are thinking about the costs and benefits of Head Start or schooling more broadly, they typically focus on the effects on kids,” Gelber notes. “But the impact the programs have on parents and the time children spend with their parents should also be a calculation in that cost-benefit analysis.”