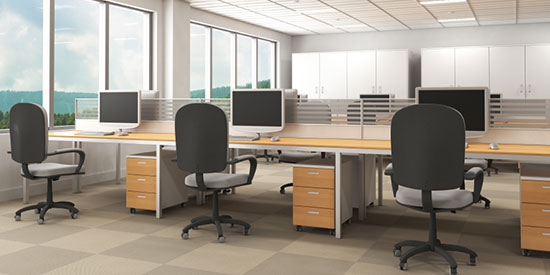 The latest twists and turns in Israel’s human capital challenge are being played out not in the country’s factories or universities but rather in the Supreme Court. In February this year, the court struck down a 2002 law exempting the ultra-Orthodox community from military service. The so-called Tal Law was thought to be politically untouchable; since the legislation was designed to protect a culture severely persecuted and reduced during the Holocaust, few in the Knesset were willing to risk social and political capital by challenging it. In striking down the law, however, the Supreme Court signaled a readiness to tackle an issue that lies at the heart of Israel’s ability to compete in the global knowledge economy: The country faces a growing skills shortage and human capital deficit.

The problem goes further than the Tal Law. The human capital challenge is two-fold: first, a brain drain has been luring away the brightest and most ambitious Israelis to more attractive professional opportunities in Europe and the U.S.; and second, shifting demographics are bringing under-prepared and under-performing youth to the labor market. Unless steps are taken to reverse these trends, Israel’s ability to remain an innovative “start-up nation” – as author Dan Senor once described it – could be impaired.

Despite a well-developed university system, Israel presents limited job prospects for its graduates. As a much smaller market than the United States, Israel — which has a population of 7.7 million, or a million less people than New Jersey — can offer fewer jobs and lower salaries for its workers, especially those involved in academia. A university graduate with an economics degree, for example, can expect a starting salary that is one-third or a quarter of what she could potentially earn in the U.S.

As such, it has hardly surprising that large numbers of Israelis holding PhDs and other advanced degrees have migrated to the U.S. in pursuit of higher salaries and opportunities for advancement. This trend is evident especially in fields such as economics, finance and computer science. “I find that young people the world over are pretty responsive to opportunities. They go to the fields that get attention, that have the best opportunities,” explains Wharton management professor Peter Cappelli. This is especially the case in technical fields, “where the density of knowledge — lots of people working on similar things — creates some excitement.”

The greatest threat to Israel’s dynamic economy comes, however, from demographics. Much of Israel’s economic growth in the past could be attributed to its ability to harness a large immigrant population. Now this demographic advantage is dwindling, as the country’s fastest-growing population groups are those that under-perform in technological settings. Primary among these are the ultra-Orthodox Haredim, who now comprise 10% of the population but are predicted to reach 20% by 2028. The Haredim seek to study and live in accordance with traditional Jewish law as set forth in the Hebrew texts. However, since the Haredim lack the technical education that has traditionally led the country’s economic growth, this situation poses a challenge to the country’s need for a labor force that can power high-tech enterprises.

The roots of this issue can be traced to Israel’s bifurcated education system, which is divided into secular and religious paths. The religious Haredi system, designed by rabbis, emphasizes the study of Torah and Talmud and has remained almost unaltered during the past 60 years. Core subjects like math and English are discontinued after seventh grade in about half the Haredi schools, and science and computer classes are rare. With some 50% of Israeli students now attending Haredi schools, Israel’s young people will soon be thrust into a job market for which they are poorly prepared.

Today’s generation of Israelis is hardly the first to confront this problem. Approximately two out of every three ultra-Orthodox Israelis are unemployed, whether by choice or because they lack qualifications for a job. Politically entrenched state subsidies for education, health care and property taxes exacerbate the situation, discouraging entry into the labor market while also promoting rapid increases in fertility rates. With a poverty rate hovering around 60% and a population threatening to double every 12 years, the Haredim represent a significant and growing burden on the state budget.

“Nothing in the ultra-Orthodox philosophy is against working,” notes Zvi Eckstein, former deputy governor of the Bank of Israel and visiting Wharton finance professor. In the U.S. and U.K., the countries with the greatest number of Haredim after Israel, the ultra-Orthodox are much more involved in the economy. Indeed, the Haredim seek to preserve the values and ideas of the European Ashkenazi tradition, a culture in which work is a key part of life. In Israel, however, the ultra-Orthodox community faces a unique dilemma. Rabbis have made efforts to keep their members in yeshivas, or Orthodox Jewish schools, for as long as possible and to encourage them to get married in order to keep the community growing. Encouraging members to enter the job market may well detach them from the community, they conclude. Observers are quick to point out that this traditional insularity is not sustainable.

The solution to the skills shortage lies in education. Prime Minister Benjamin Netanyahu’s administration has already invested 450 million shekels ($120 million) in a program establishing “academic distinction centers” at Israeli universities. The centers are designed to attract scientists and researchers back to Israel, combining master’s and doctoral degrees into one program.

Another 180 million shekels ($47 million) are being poured into an initiative to make advanced degrees more accessible to the Haredim. The program aims to improve basic mathematical and science education in a setting designed in accordance with Haredi laws; men and women are separated, and religious standards of community modesty are upheld. As a result, the number of ultra-Orthodox students studying in these programs jumped from around 2,000 in 2005 to around 6,000 in 2010. More than 90% of these students are studying subjects with a vocational orientation, a change that points to future growth in employment rates and the economy.

Such attempts at reform, while well-intentioned, target the wrong age group. Reforms in the primary education system would eliminate the need for remedial education for young adults. However, legislation designed to close the gap between the secular and religious education systems has repeatedly been stalled in the Knesset, Israel’s parliament. Ultra-Orthodox members, who publicly and staunchly oppose state-enforced changes to the Haredi curriculum, traditionally have wielded outside influence in an electoral election structured to give much power to small parties. “The strong political power of the ultra-Orthodox will limit the significantly positive trends we have seen,” says Eckstein.

When Ariel Sharon headed the government, recalls Eckstein, the ultra-Orthodox had little presence in the Knesset, and consequently few political barriers existed that could stall efforts to introduce more of the Haredi population into the labor market. In Netanyahu’s term, however, political obstructions abound. Laws to amend and improve curricula across the nation have been understood to not apply to Haredi schools. When the Supreme Court challenged this agreement, the Knesset retaliated with a law entitling Haredi schools to 60% funding regardless of whether they taught the state-approved curriculum.

Some change has seeped through, however. In addition to the reversal of the Tal Law, initiatives to wean the Haredi community off allowances for their studies and childcare have been successful. Since 2002, such efforts have boosted the Haredi employment rate by some 10%. Programs to improve technical education through military service have borne fruit as well. New army programs designed to encourage the Haredim to enter the labor market have recently been initiated. The programs offer vocational training in technology and computer science while also providing a gender-segregated environment and time for religious study.

A final change might have the Israeli government taking a page out of the Haredi playbook, using subsidies and other incentives to keep its intellectual elite within its borders. The high-tech sector requires the most aggressive of these initiatives. Expanding at a brisk 10% to 20% clip since 2003, this industry has driven much of the country’s growth. Since it generates an estimated 15% of the country’s GDP, efforts to encourage researchers who drive innovation and economic growth to settle down and invest in the community could prevent Israel from losing its technological edge. Alongside initiatives to invest in human capital, these reforms might yet staunch the brain drain. Until then, however, the continued vibrancy of the Israeli economy is anything but certain.

Israeli Employers Still Plan to Hire New Workers, But at a Slower Pace