Wharton's Americus Reed explains the marketing and branding principles at work in the stalemate in Washington over the border wall.

The government shutdown in Washington, D.C., shows two sides locked in battle over building a wall along the U.S. border. What is less obvious is that fundamental marketing and branding principles are at work in successful and unsuccessful ways, notes Wharton marketing professor Americus Reed II in this opinion piece. An expert on identity, branding and marketing, Reed is also a partner at Persona Partners, a branding consultancy with offices in Philadelphia.

By now, we have all seen the drama unfolding on Capitol Hill. A government shutdown. Two sides locked in battle. An obvious stalemate. What may not be obvious is that we are witnessing classic marketing and psychology at its most successful and most unsuccessful — at the same time.

President Trump has been characterized in the media as being less of a savvy businessman and more of a business promoter. One thing is for sure, though. He understands STPM brilliantly. Trump has a base (part of his target market) that is fiercely loyal. Dare I say, it is “Identity Loyal.” Identity loyalty is when a product, service, organization or person is internalized as part of the consumers’ sense of who they are.

President Trump was elected because enough people felt this kind of loyalty to him and his messaging. He spoke to their identity. He still does. He messages to them. Constantly. Usually via tweets. Whether or not you think these messages are dog whistles or key values that you yourself hold, one thing is certain: The messaging is both super effective – and super disastrous.

Considering this, here is my prediction: The government shutdown will continue into the foreseeable future. Why? Well, because I study psychology, marketing and branding, and here’s what research would say.

Branding: The Power of Emotions and Identity

President Trump did an amazing job of branding this “wall.” He did this through consistently messaging around “them” — “those dangerous criminals” who are a “caravan” away from taking over “our country.” Moreover, this argument is nicely wrapped up in values associated with retreating from the rest of the world in order to protect your own in-group.

For the target market (Trump supporters, Republicans, Fox News and other right-wing allies) this is an emotional argument that is completely intertwined with their identity.

The reason why this messaging is both super effective and disastrous in terms of emotions is because of the following:

It is also super effective and disastrous in terms of identity due to the following:

Re-branding: It’s Hard to “Undo” What’s Underneath a Good Brand

Now we all know that once a “brand” is a “brand,” “re-branding” is particularly difficult, especially when it is done so well by President Trump about the wall.

“The ‘brand’ of the wall is part of the target market’s identity now, which means they will defend it at all costs.”

When folks try to change the brand (with new advertising) — for example when former Chief of Staff John Kelly said “it was never a wall,” or when Republican Sen. Lindsey Graham said “the wall is a metaphor for border security,” or when presidential counselor Kellyanne Conway contended that this hullabaloo is a “silly semantic argument because people who just want to say ‘wall, wall, wall’ want it to be a four-letter word” — this advertising is likely to fail in the eyes of Democrats and may even annoy the target segment (see notes 1 through 4 above). 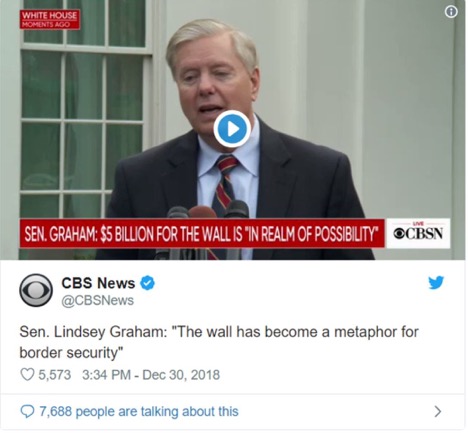 Of course, it doesn’t help if your re-branding “advertising” efforts are undermined by powerful word of mouth marketing from key influencers. 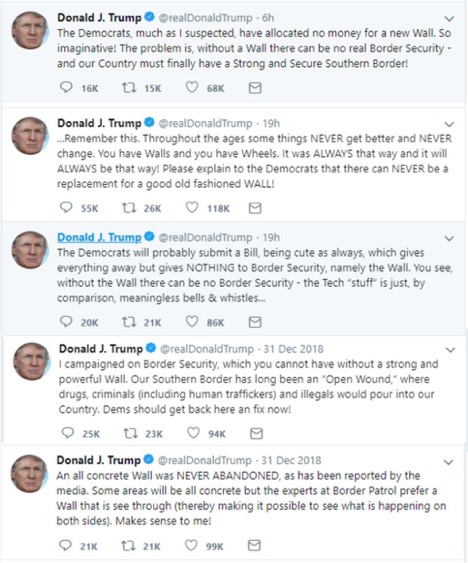 In fact, research shows that “moral emotional” language (from Donald Trump) is shared at a much higher rate than just emotional and moral language on Twitter. [5] 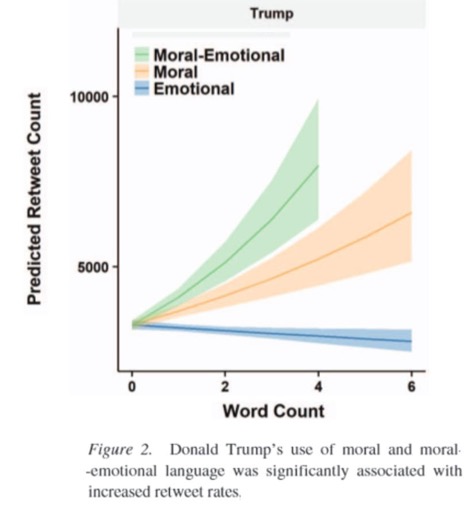 So all in all, good luck. Hunker down for the long haul. To get these two sides together, you are going to have to get them to change who they are. That’s a tall order. Until then, I wouldn’t be visiting any state park public restrooms, nor would I expect particularly cheerful TSA agents.