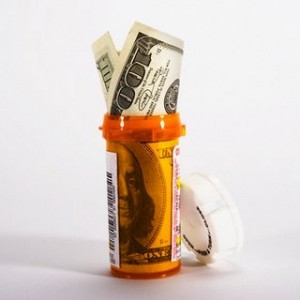 Small businesses and individuals without employer-provided health insurance will be the most hurt as some insurers move to sharply increase health care premiums in reaction to the implementation of the Affordable Care Act. But the hikes may not have as broad an impact on those groups as they seem to on paper, Wharton experts say.

Insurers such as Aetna and Anthem Blue Cross have sought increases of between 20% and 26% in California, Florida and Ohio, and have secured approval for some of those, The New York Times reported last week.

The 2010 Affordable Care Act (ACA), which survived a legal challenge last summer when the U.S. Supreme Court upheld most of its provisions, requires health plans to cover more services. “But it does very little to control costs and adds taxes in some sectors that will likely be passed through as higher prices and premiums for health care services,” says Wharton health care management professor Patricia Danzon. “Higher health care premiums cannot simply be passed through as higher prices for goods and services that are sold in global markets. So, these costs will likely be borne by employees [through] lower cash wages, cuts in other benefits, fewer jobs or longer work hours per employee.”

For small firms, the above-average premium increases will be harder to pass on to workers if and when the labor market recovers, notes Wharton health care management professor Mark V. Pauly. “If this minority of small employers has been singled out for large increases, it will increase their labor costs relative to those for other employers.”

But Pauly notes that the examples of double-digit premium increases are anecdotal and not based on aggregate data. Even if such increases are truly representative of how the ACA will impact a certain segment of small businesses, they wouldn’t impact overall health care spending growth, he adds, because they apply only to individual and small group insurance, a minority of the private insurance market.

But the increases could mean that small employers and people buying insurance as individuals will not find many bargains on the ACA-mandated health insurance exchanges, says Pauly. The exchanges must begin enrolling people next October for coverage to begin on January 1, 2014. “My guess is that insurers are starting to increase premiums for these markets in expectation that they will be selling to higher-risk [customers] after the reforms kick in, and are trying to get ahead of the pricing curve,” he adds.

In any event, the increases will likely be offset by “huge subsidies” that most people in the small group market are expected to receive, Pauly says. Overall, health care spending trends are still moderate for Medicare, Medicaid and large group private insurance, he notes.

And federal officials say that overall health care spending remains steady, at least according to the most recent figures. “A number of provisions in the health care law that will help control costs and spending are still being implemented, but the statistics show how the Affordable Care Act is already making a difference,” U.S. Secretary of Health and Human Services Kathleen Sebelius said Monday in a blog post on her agency’s website. She pointed to the latest government data released that day, which showed that in 2011, overall health care spending as a percentage of GDP was 17.9%, the same as the past two years. In all three years, Sebelius added, spending grew more slowly than in any other year in the report’s 51-year history.