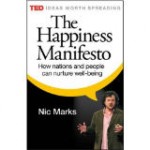 This spring, the city fathers in Somerville, Mass., decided to add a new question to their census form: “How happy do you feel right now?” as The New York Times reports. The question might appear more appropriate for a resort than for a local government.

But, as the article notes, “Officials here want this Boston suburb to become the first city in the United States to systematically track people’s happiness…. They want to move beyond the traditional measures of success — economic growth — to promote policies that produce more than just material well-being.”

Welcome to Happiness 2.0. Measurements of happiness are growing, with an eye towards what makes people feel most satisfied once they have achieved a certain minimum level of physical and economic security. The idea that more income does not automatically lead to more satisfaction is partly what drives such efforts.

One of the first notable examples of a happiness measurement came a few years ago when the king of the tiny Himalayan kingdom of Bhutan decided that, according to The Times, he “needed to ensure that prosperity was shared across society and that it was balanced against preserving cultural traditions, protecting the environment and maintaining a responsive government.” Today, Gallup tries to measure the level of general “well-being” that people in the U.S. are experiencing. Meantime, U.K. Prime Minister David Cameron last year said his government will create a national well-being index, and French President Nicolas Sarkozy has formed a team that includes two Nobel Prize-winning economists, Joseph Stiglitz and Amartya Sen, to come up with a system for measuring well-being.

And just last week, the U.N. General Assembly “adopted a non-binding resolution that aims to make happiness a ‘development indicator,’“ according to BBC News. The BBC reported that Bhutan’s ambassador, Lhatu Wangchuk,  said that the next step was to help U.N. members better understand the idea. As the BBC put it, “He admitted some were skeptical when Bhutan started lobbying for the resolution 10 months ago. But ultimately it won 66 co-sponsors, including the UK. The idea is based on Bhutan’s model of GNH, or Gross National Happiness, which measures quality of life by trying to strike a balance between the material and the spiritual.”

So, is there anything that governments can or should do to influence levels of satisfaction or well-being?

To learn more about measuring happiness, Knowledge at Wharton spoke with Nic Marks, author of a recently published e-book, The Happiness Manifesto: How Nations and People Can Nurture Well-Being. Marks, a statistician and a psychologist, is also the founder of the Centre for Well-Being at The New Economics Foundation in the United Kingdom.

An edited transcript of the interview is here.