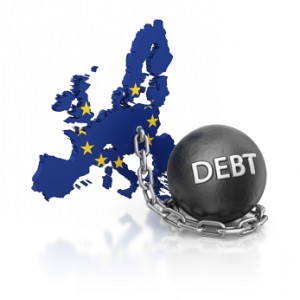 Every development that signals some progress in stemming the debt woes in Europe seems to do little to calm market nerves over the unfolding crisis. While the victory on June 17 of Greece’s pro-bailout New Democracy party eliminated the prospect of an imminent Greek departure from the euro, attention quickly focused on the difficulty New Democracy leader Antonis Samaris would have in forging a workable coalition with other parties in the country. Meanwhile, the eurozone’s plan to inject as much as 100 billion euro into Spanish banks was met with skepticism in the markets and mounting anxiety over the precarious financial position of the Spanish government. With pressure mounting for more action, reports are circulating of a possible deal to bail out Spain and Italy by directing two pan-European government funds to buy up 750 billion euro of their bonds.

Knowledge at Wharton: The victory of the New Democracy party in Greece seemed to calm the market for a brief period. Why?

Mauro Guillen: The debacle has been avoided, but that does not mean the preexisting problem is gone. Greece can’t service its debt under current terms, especially if the economy does not recover. And the economy [is] not recovering because Europe as a whole is entering a new recession. Some renegotiation of the terms might be necessary and/or the European Central Bank must accept higher inflation to underpin an economic recovery.

Olivier Chatain: There was relief because the prospect of an immediate and disorderly exit from the euro was not realized, as was feared if the far left had won the election. However, nothing has changed on the ground. There will be another government that will try to keep on muddling through, hoping to hold on until either the troika [of the European Commission, European Central Bank and the International Monetary Fund] becomes more flexible and renegotiates the bailout or until exit is unavoidable. Their preference is probably to stay in the euro, but at the same time the current course of austerity is not sustainable, so something will have to give.

Knowledge at Wharton: The bailout plan for Spanish banks seems to have only heightened worries about Spain. What is behind that growing concern?

Guillen: There are rumors of a plan to buy Spanish and Italian debt. With the economies in Spain and Italy shrinking, they need some help. There is no way out unless there is either a bailout or a return to economic growth (or possibly both).

Chatain: Greece is a sideshow compared to Spain and Italy. The root of the problem is that the Spanish banks have a large amount of bad debt following the implosion of the real estate bubble there and that the Spanish government has to bail out the banks to prevent a collapse of the Spanish economy. While the pre-crisis fiscal situation was very good, it is deteriorating very fast because of the need to rescue the private sector.

Now, it is clear that Spain will need significant help from the other countries and, until it gets it, investors are asking for higher interest rates, making a bailout even more necessary. The 100 billion euro package agreed upon last week is clearly not enough. If there is a larger bailout [as reports indicate], that will help Spain borrow at a lower rate, which is a prerequisite for moving forward. But the banking issue will still have to be dealt with.

Knowledge at Wharton: What do you believe must happen next to contain the crisis?

Chatain: The immediate concern is to fix the banking crisis that is propagating across the EU. These Spanish banks need capital injections. And Italy needs lower interest rates. There are many ways to make these things happen. But [attempts to address this] run into severe political constraints, as the electorates in countries that would need to pay for the bailouts are not happy with this prospect. At the same time, politicians are not explaining that the alternative — no bail out and the end of the euro — is likely to be much more damaging for them. Consider, for example, that if Germany were to revert to an independent currency, its exchange rate would rise … and its exports would suffer tremendously.

Guillen: There needs to be some debt restructuring in Greece, and at least a partial bailout of Spain and Italy might be necessary. But what is absolutely essential is that the conditions for economic growth are created, preferably through increased demand from the surplus economies, and [that there be] a tolerance for slightly higher inflation.