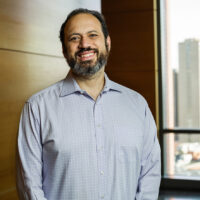 At some point in your career, you will invariably face a choice of staying with your current employer or taking a job at a new company. The enticement could be better pay, rosier opportunities at the new firm — or to escape a toxic work environment. But is it necessary to change employers to move ahead? And how do the benefits of moving firms compare to upward mobility at your current employer?

In their research paper, “Shifts and Ladders: Comparing the Role of Internal and External Mobility in Executive Careers,” Wharton management professors Matthew Bidwell and Ethan Mollick found out that employees receive the greatest long-run benefits by taking different roles at their current company. “It is those internal moves that lead to advances in pay, rank and responsibility, and provide long-term gains in pay and satisfaction,” Bidwell says. By contrast, switching employers led to initial increases in pay but smaller career advancement benefits. Moreover, the number of times that workers moved across firms had little impact on how they were paid in the long run.

The paper’s conclusions stand in stark contrast to the current trend of job mobility. Many companies themselves are becoming less likely to nurture long-term career advancements within their ranks. But switching employers voluntarily — you were not laid off or fired — does not result in more pay and responsibilities in the long-term, the paper said. People who switch employers often land similar jobs as their old ones, because the new firm will be reluctant to place the new person in a job they have never done before. While there may be a bump in pay to entice the new recruit, Bidwell and Mollick’s research shows that gains were not sustained over time because of fewer opportunities for advancement for company-switchers.

When people were able to move up at their current employment, though, they saw an average 59% increase in the number of subordinates they managed and they also received substantial pay increases. These results were the same for careers in investment banking, investment management, consulting and accounting, and other private businesses. The authors’ advice? “Choose jobs which offer better opportunities for subsequent advancement within the organization, rather than those from which the main scope for advancement requires a move to another firm.”

Knowledge at Wharton recently spoke with Bidwell to discuss the implications of their research findings, which will be published in Organization Science.

Focus of the Research

The paper is about the different kinds of moves that people make in their careers, and trying to understand the differences between them. Obviously, these days, most people [experience some sort of mobility] in their careers — sometimes they change jobs inside firms, or they get a promotion, maybe they move to a different function. A lot of times, obviously, people move across firms as well.

What we looked at was ‘do those moves have different kinds of effects? Is it pretty much the same? If you moved your job, does it really matter if it’s in the same company or a different one? Or is it that you’re really doing quite different things when you change jobs inside firms, versus across them?

“When people are moving inside firms, we saw that they got a pay raise. They also got quite a big increase in responsibility.”

We did a survey a few years ago of our alumni here at Wharton, asking them about all of the different jobs that they had held, and we used that to disentangle [the movement and impact of the job changes]: When did they move jobs inside organizations? When did they move across? And what happened to them after they made those moves?

We found quite big differences between the moves that took place inside the firms, and the moves that took place across the firms. When people are moving inside firms, we saw that they got a pay raise. They also got quite a big increase in responsibility — they tended to rise up, in terms of their title. And they pretty much doubled the number of people that they were managing.

When people moved jobs across firms, they also got a pay raise, but it didn’t tend to come with an increase in responsibilities. Instead, they were moving to a job with often a similar title, and usually with the same number of subordinates — managing the same number of people. And so they weren’t necessarily getting a promotion in the same way.

I was impressed by how stark the differences were between the internal and the external moves. I had a sense from prior research that probably a reasonable proportion of moves between firms were, in effect, lateral. [Within an organization,] employers know the people who work for them. They have a sense which people are doing good work, and they’re prepared to promote them if they’re doing well. Obviously, we don’t know the people in other organizations. So it may often be that we feel a lot more comfortable bringing in somebody who’s really shown that they can do that job somewhere else.

So there was a sense that we’d see quite a lot of hiring being lateral. The extent to which those moves were overwhelmingly lateral, I think, surprised me — just the sheer scale of the differences between internal and external.

These findings have implications both for people pursuing their careers, and certainly employers. One of the things we found, as I said, is that when people move jobs, they get a pay raise. We also looked at how much people were being paid at the time of the survey, and how that related to the kinds of moves they’ve made. We found that the more times that somebody had moved inside an organization, the more pay they were receiving. That makes sense — these are largely promotions. You’re getting up to the next ladder: The more promotions you’ve had, we expect the more you should be paid.

“When people moved jobs across firms, they also got a pay raise, but it didn’t tend to come with an increase in responsibilities.”

It turned out the number of times they’d moved across firms didn’t predict the pay at all. So it wasn’t that they were bad moves, but they weren’t good, either. I think what’s going on there is, when you move across firms, you get a pay raise — maybe 20%, or something like that. But what happens is, your time until the next promotion [is often delayed], so the trade-off there is a little more complicated. It does suggest that internal moves are quite important in moving ahead in your career. That’s not saying don’t move externally. The trade-off is that your promotion gets slowed down, but you get an immediate bump in pay. It’s that raise that makes up, to some extent, for the slower promotion.

But it does say, as people think about their careers, that they want at various stages to be able to be promoted, to move up the ladder inside organizations. I get a bit nervous when people tell me about their career plans: “I’m going to go to this job. There’s not a lot of head room, but I’ll get great experience and I’ll use that experience to get hired into a higher-level job somewhere else.” That turns out to be quite a hard transition to make. So find a job where there is room to grow inside the organization. You may not want to stay at that organization forever, but at least get a rung or two up the ladder, enabling you to move out to a higher rung elsewhere. That seems like a smarter career strategy.

On the employer’s side, this reiterates something I found in my prior work, which was that when you’re hiring from outside, you have to pay a lot. You have to pay whatever somebody was getting doing the same job somewhere else, plus maybe 20%, in order to get them to move. That makes moving people internally seem a lot cheaper.

What Sets the Research Apart

I don’t think there’s been a great deal of work trying to evaluate these kinds of internal and external moves. Two or three things that were nice about what we were able to do with this survey were the following: We were able to capture all the times people had moved inside organizations. A lot of times, when people have tried to look at this in the past, using some kind of big survey data, they’ve had to use fairly weak measures of the moves, like if somebody changed occupations or something like that. We were able to just ask them about all of the job moves that they have had.

Second, often in these surveys — particularly when people are trying to understand the extent of external mobility — there’s always the issue that we know being laid off is very bad. So you really have to untangle voluntary moves from the involuntary. We were able to do that reasonably well, in a way that other research probably hasn’t.

I think the biggest difference, the one that I found the most valuable, was really getting a good measure of what people were doing in each of these jobs. I particularly liked knowing about these managerial jobs [in detail]. How many people you manage is a reasonable measure of responsibility. Having that for each job, and really being able to look at how that changed as people moved jobs, gave us an ability to evolve some prior literature by understanding what was going on during these moves.

“Find a job where there is room to grow inside the organization.… That seems like a smarter career strategy.”

One of the areas that we’re looking at in detail is to try to get a sense of some of the more specific paths that people follow as they move across organizations. So one of the things I’ve been very interested in is, ‘where do people start their careers, and where do they move to subsequently?’ One of the interesting things you see with this population is there’s a fairly small group of organizations that people tend to move into for their first jobs — a limited number of investment banks, consulting firms, big corporations. They hire a lot of these MBAs, and then afterwards, the MBAs go off to a wide variety of different organizations. Getting a better sense on why they’re doing that, how that fits in with firm strategy, is something I’m very interested in.

Another thing that a lot of people have asked me about the study is about the differences between men and women. Somewhat surprisingly, we actually see kind of similar effects in terms of internal and external moves for both men and women. [In that sense, gender] doesn’t seem to be generating differences in this sample. Nonetheless, there are big differences in other areas. Women end up earning substantially less, and one of the other questions we’re interested in is, ‘what are some of the industries that are more female-friendly, and why? And what are some of the places and career paths that particularly seem to penalize women?’